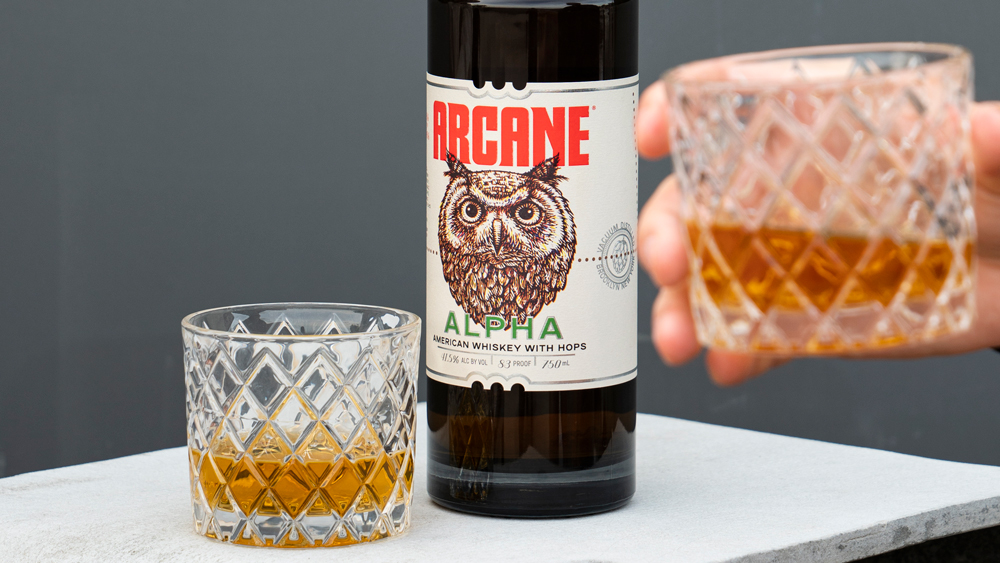 Did you know that all whiskey is technically made from beer? In fact, the mixture of yeast, water and grain (or mash) prior to distillation is even called “distiller’s beer.” But there are some distilleries that literally turn drinkable, finished beer into whiskey, and Brooklyn’s Arcane Distilling is one of the latest to do this while also keeping sustainability front of mind.

Arcane got up and running in 2017, making fernet and a little bit of whiskey in Brooklyn’s Industry City neighborhood. It has undergone a relaunch, and is headed up by former Kings County Distilling production manager Phil Morgan and “beer entrepreneur” Brian Thompson, and relocated to Bushwick as many young city denizens are wont to do. Arcane partnered with nearby Kings Country Brewing Collective on its initial release, using malted barley, hops and a particular yeast strain called kviek to craft a beer that tastes good on its own as well as acting as the base for the whiskey. Over the coming months, brewing will move in-house along with distilling, instead of working with partner breweries.

Arcane uses something called a mash filter press to make its beer, which it says requires 15 percent less grain and 30 percent less water due to the high amount of fermentable sugar it is able to extract. Instead of traditional distillation, which involves boiling the mash to vaporize and collect the alcohol, Arcane uses vacuum distillation. This means the mash doesn’t need to be heated to such a high temperature, ensuring that flavor isn’t lost and less energy is used throughout the process. Maturation is unique here as well–instead of the small barrels that many craft distilleries use or the regular 53-gallon barrels common in the bourbon world, Arcane ages its whiskey in the large oak foudres more commonly used for wine. The reason for this, according to a rep for the distillery, is that these larger oak vessels mean less interaction between whiskey and wood so that the intensity of the hops in the new make is not overwhelmed by flavors picked up from barrels.

The first whiskey, called Arcane Alpha, is available now. It’s distilled from a triple IPA beer made using Mosaic and Cascade hops that provide it with bright flavors, according to the distillery. Tasting notes include citrus, red berries and baking spice, and you can drink it neat, in a cocktail or even alongside an IPA to see how they complement each other. Alpha is bottled at 93 proof and can be ordered directly from the Arcane website with shipping available to about 30 states.