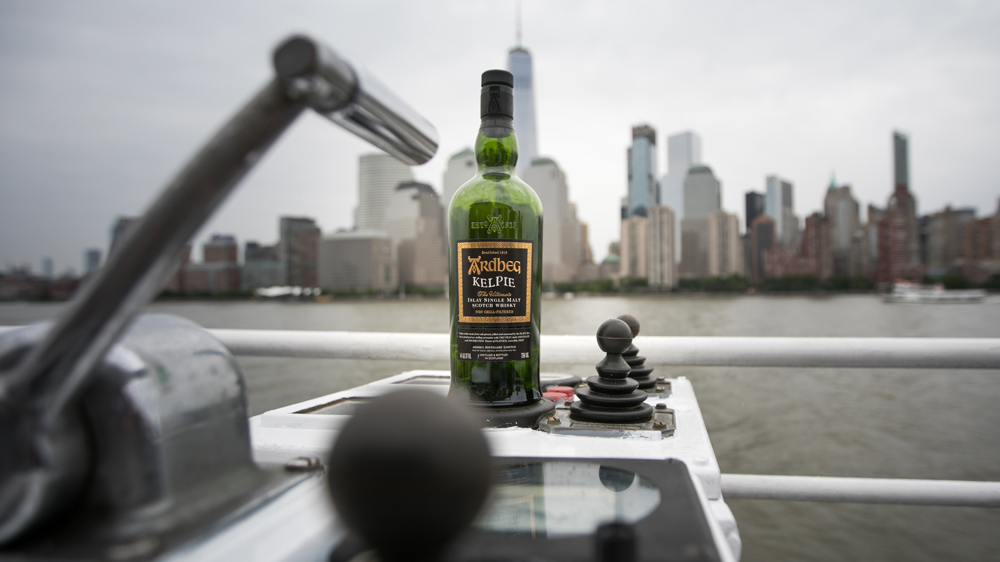 Ardbeg may not be the best-known single malt from Islay—the region of Scotland famed for its smoky, peaty whiskies—but it has a vast base of devotees.  The Ardbeg Committee, as it’s known, numbers more than 120,000 worldwide, many of whom come together to celebrate Ardbeg Day in early June with parties and festivals around the globe. With Committee membership comes the right to help select, and later purchase, annual Committee releases, which are classic Ardbegs tweaked this way and that by the brand’s head of distilling and whisky creation, Bill Lumsden.

For this year’s Committee whisky, Ardbeg Kelpie ($110), Lumsden and distillery manager Mickey Heads took a standard Ardbeg matured in virgin oak casks from the Black Sea region and then married it with ex-bourbon Ardbeg. The Committee release, bottled at cask strength, sold out within hours. For Ardbeg civilians (and the thousands of Committee members who missed out), there’s the Ardbeg Day limited-edition Kelpie. While it’s a lesser proof, it is still an intense dram; waves of seaweed and smoky bacon and ash waft up from the glass as soon as it’s poured.  It has that classic campfire-by-the-sea flavor beloved by Ardbeg fans, but the Russian oak imparts an almost meaty flavor—think hickory-smoked barbecue—along with some peppery spice and sweet coconut and apricot making an appearance on the finish. As with Islay malts in general, it’s not for everyone, but for palates up to the challenge, a bottle of Kelpie can make any day an Ardbeg day.