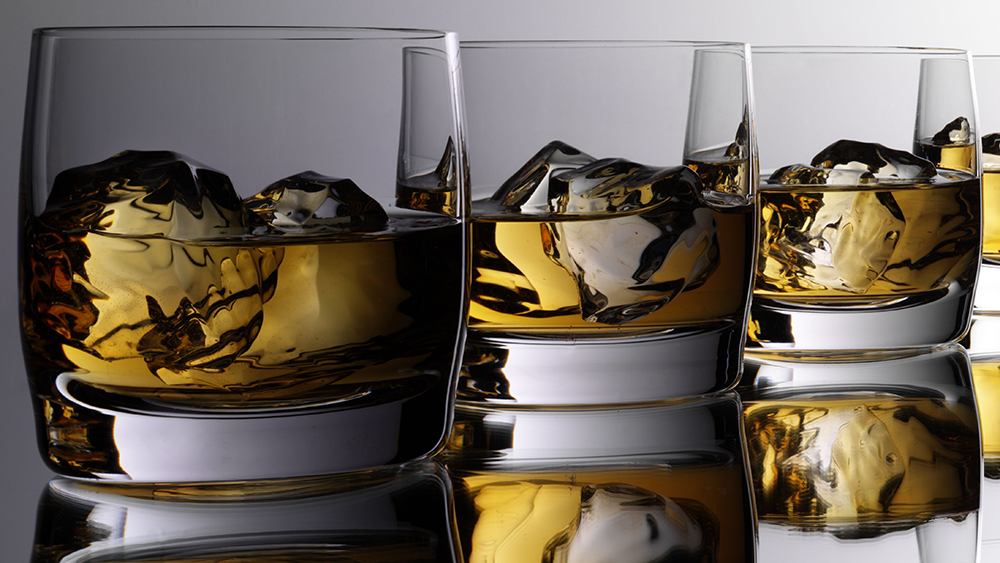 Scientists in Scotland believe an artificial tongue they created has such a refined palate that it could be used to help identify counterfeit alcohol.

Months after a study found that the rare whisky market is rife with fakes, an artificial tongue that can “taste” the minute differences between varieties of Scotch might be the key to putting collectors at ease, reports BBC. Created by engineers from the universities of Glasgow and Strathclyde, the gold and aluminum device measures how whisky absorbs light. The scientists found that the tongue correctly identified samples from Glenfiddich, Glen Marnoch and Laphroaig more than 99 percent of the time. It was also able to tell the difference between the same whisky aged in different barrels.

In a paper published in Nanoscale, the peer-reviewed journal of the Royal Society of Chemistry, the group explained that they arranged sub-microscopic slices of the two metals in a checkerboard pattern to create the tongue’s “tastebuds,” which are 500 times smaller than those found in the human mouth. The tongue is then able to tell the difference between whiskies by measuring their plasmonic resonance, or how much light they absorb.

While the tongue currently only has a taste for whisky, lead author Alasdair Clark, said it could be used to identify other types of alcohol as well. “While we’ve focused on whisky in this experiment, the artificial tongue could easily be used to ‘taste’ virtually any liquid, which means it could be used for a wide variety of applications,” he said. “In addition to its obvious potential for use in identifying counterfeit alcohols, it could be used in food safety testing, quality control, security—really any area where a portable, reusable method of tasting would be useful.”

But not everyone is convinced by the scientists’ invention. Charles MacLean, a Master of the Quaich, the Scotch whisky industry’s highest accolade, told CNN that taste is just one part of how a whisky’s flavor is judged. Smell and texture—neither of which the device can account for—are just as important, according to MacLean.

“Flavor assessment in the whisky industry is done by smell, taste and texture,” he said. “Of all the senses employed, smell is the most important. Whisky blenders and quality assessors rely entirely on smell. Our sense of taste is crude in comparison.”

While counterfeit alcohol may be costing collectors millions of dollars, even more concerning are the health risks that come from consuming fake or adulterated alcohol. In May, three Americans are believed to have died after consuming counterfeit alcohol at the same resort in the Dominican Republic. Last month, Costa Rica issued a nationwide alert following the deaths of 19 people who had consumed counterfeit alcohol.