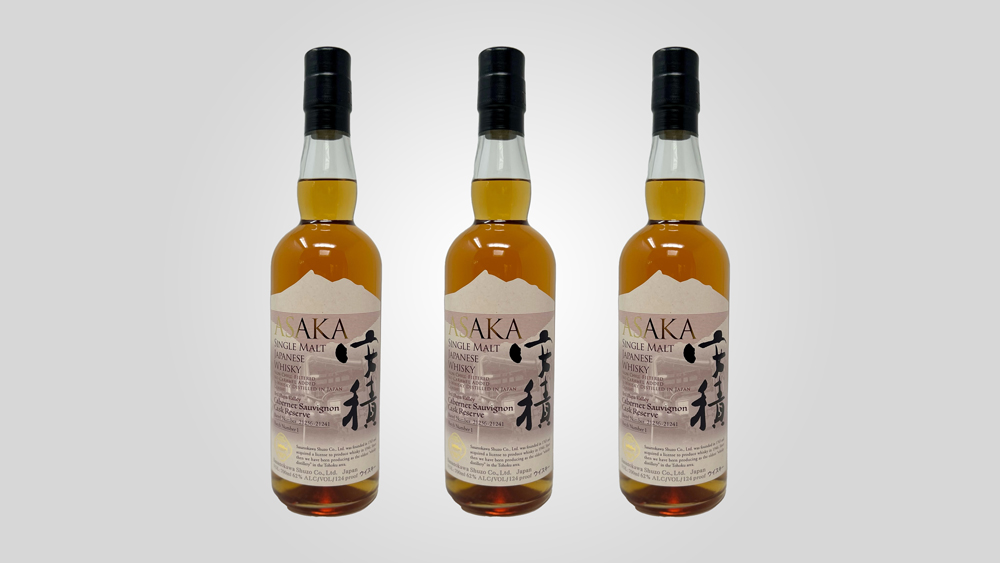 Asaka
The big names still dominate the world of Japanese whisky, with bottles from Suntory and Nikka remaining in extremely high demand. But there are also excellent whiskies from other distilleries to explore, including this new single malt finished in California wine casks.
Asaka Single Malt Wine Cask Finish is the newest whisky to come from this distillery, a newer producer in the world of Japanese spirits located in the Fukushima prefecture. The distillery opened in its current form in 2016, but there’s a long history preceding this. Sasanokawa Shuzo, the company behind Asaka, has been making booze for hundreds of years, and finally got its whisky license in 1946—although it was mostly making a blend of imported scotch and molasses spirit at the time. In 2015, the company president decided it was time to start making true Japanese whisky again, and opened the new distillery a year later using some converted sake equipment.
The new Asaka whisky was finished in Napa Cabernet barrels from Aril Winery. While this is not the first time a Japanese whisky has been given this type of cask finish, it’s definitely not the norm in the industry. This is the second release in the US from Asaka this summer, with the first being the Bourbon Reserve Cask which Robb Report favorably reviewed a few months ago. This is a very good whisky that has taken on subtle notes from its secondary maturation period of dried fruit, spice, some orange peel and a bit of raisin. It sips a little young but not immature, and it is not overpowered by the influence of the wine casks. At 62 percent ABV, there is a bit of heat on the finish, and the whisky is non-chill filtered with no color added.
Perhaps it’s time to stop viewing these less familiar (to many Americans, anyway) Japanese single malts through the prism of Yamazaki, Hakushu and Nikka Coffey Grain. After all, this is not about emulation or trying to make a whisky carbon copy. On the contrary, these younger distilleries, which include Akkeshi and Nagahama, are trying to make their own mark in this category that still has a lot of space for newcomers. A release like this new Asaka single malt might be limited in availability and require some hunting, but Japanese whisky fans won’t be disappointed with what they find.