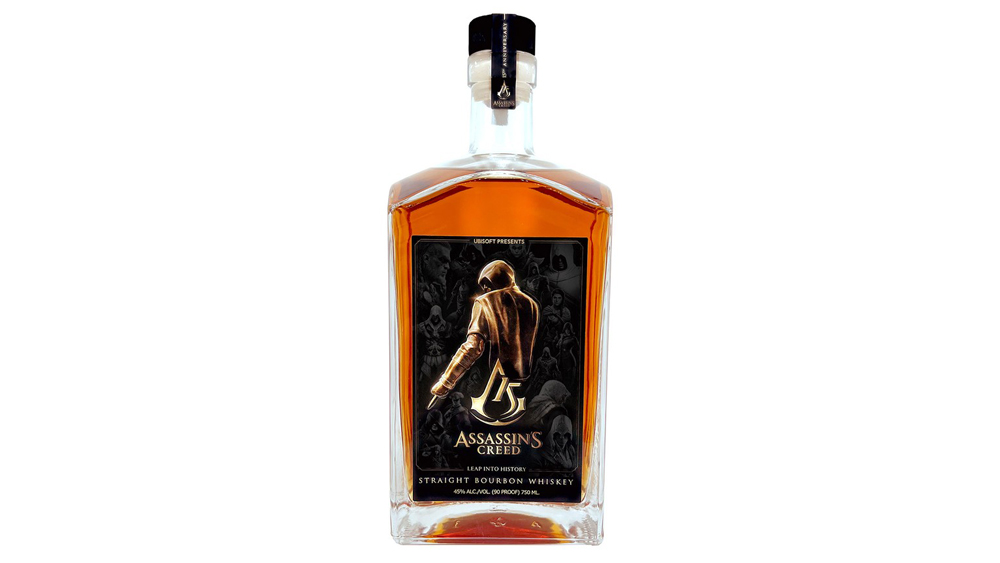 Whiskey releases in conjunction with films and television shows are familiar occurrences these days. There have been special bottles tied in with The Kingsman movie series, Game of Thrones, Peaky Blinders, Blade Runner 2049 and perhaps the least memorable, a Predator bourbon. But now there is a new whiskey linked to the popular Assassin’s Creed video game, a bottle that gamers should have no problem opening given their dexterous fingers. So could this be the start of a trend?

Antheum Studios, the company behind this new whiskey, licenses, bottles and distribute spirits for film, TV, sports and gaming. This new project is a collaboration with Ubisoft, the company behind the Assassin’s Creed series of video games that was first introduced in 2007 and has multiple spin-offs in different types of media. Assassin’s Creed 15th Anniversary Straight Bourbon Whiskey is, as the name implies, a commemoration of 15 years of this video game franchise. The distillery that produced the spirit is called Tennessee Legend, although to be clear the whiskey was not distilled there. According to the distillery’s website, it’s a four-year-old straight bourbon that was “crafted” in the hill country of Texas and finished in the Smoky Mountains of Tennessee, leaving several distilleries as the possible source of the whiskey. It is bottled at 90 proof and tasting notes include spice, cherry and vanilla flavors.

Considering that the video game industry now generates more revenue than movies and North American sports combined, it makes sense that games should get the branded spirits treatment. For example, a few months ago video game company Gearbox entered a partnership with Pernod Ricard to have the Borderlands game character Moxxi promote Ballantine’s Blended Scotch Whisky. And last year saw the launch of Cocalero x Resident Evil, a South American herbal spirit flavored with botanicals including juniper, ginseng, orange peel and coca leaf to help you get through those long gaming sessions. So far this trend hasn’t really taken off, but this could all change, especially if existing projects fare well and entice gamers to buy some bottles.

Antheum is betting that its video game tie-in will be a success, because there are two more releases on the way this fall: Assassin’s Creed IV Black Flat Spiced Rum and Assassin’s Creed Valhalla Vodka. For now, the stakes are small and so are most of the spirits brands getting involved with the video game world. But if these partnerships translate to profits, there might be a Minecraft Single Malt or Grand Theft Mezcal on your local liquor store shelves soon.