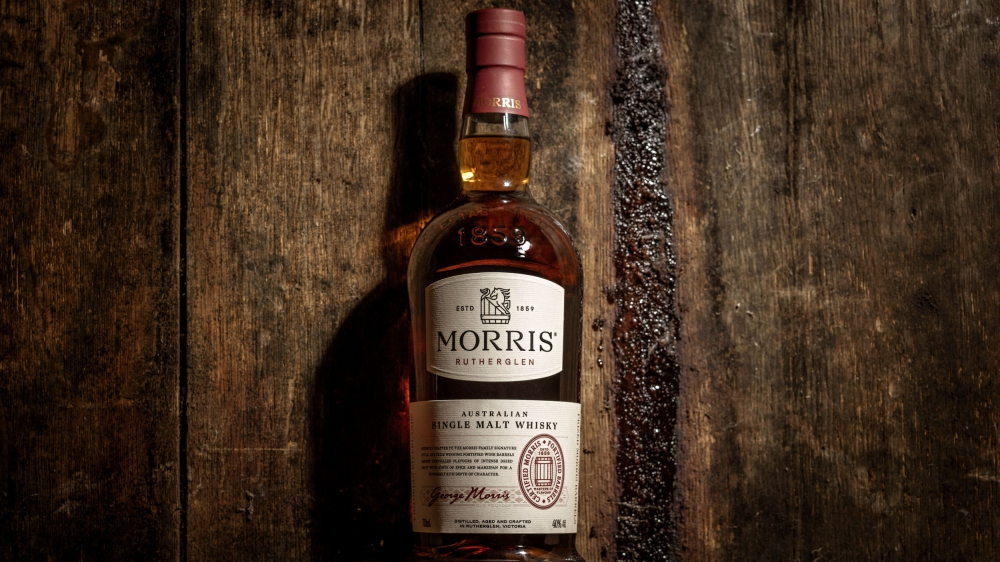 Australians have been making whisky for years, but until now have been better known for their Vegemite, Tim Tams and this guy. It’s only recently that single malts from down under have been making an impact here in the US, and the latest Aussie booze to reach our shores is Morris Single Malt Whisky, made at a distillery located at a fortified wine producer in Northeast Victoria.

San Francisco spirits and beer producer and importer Hotaling & Co. is launching Morris Whisky here this fall with two initial expressions—Australian Single Malt Signature Whisky and Australian Single Malt Muscat Barrel Whisky. The distillery started making whisky in 2016 using a pot and column still that was originally used in the 1940s for making base spirits for fortified wine. Maturation also takes place at the distillery in a combination of French and American oak Shiraz and Cabernet barrels sourced from wineries throughout the Barossa and Coonawarra region. The barrels are brought to a cooperage and re-charred before being filled with new make spirit.

“Made with Australian barley and pure, filtered water from the Snowy Mountains, Morris Whisky reflects not only the world-class fortified barrels but also its regional Victorian provenance,” said head distiller Darren Peck in a statement. “The Rutherglen region has a climate of hot summer days and cool nights, which is ideal conditions not only for producing world-class wines but also barrel aging exquisite whisky.” The Signature expression is finished in ex-fortified wine barrels and bottled at 46 percent ABV, with notes of orchard fruit, black cherry and cocoa on the palate. The Muscat expression is aged for three years and then finished in the type of sweet wine barrels it’s named after, and bottled at a higher 48 percent ABV with notes of molasses, fig and vanilla.

“The global popularity of Australian whisky in recent years has created an opportunity for Hotaling to introduce Morris Whisky to American consumers, becoming only the third Australian whisky on the US market,” said president and CEO of Hotaling & Co. Dan Leese in a press release. The other two that can be relatively easily found here are Melbourne’s Starward Whisky, which also focuses on wine cask maturation, and Sulllivan’s Cove in Tasmania, which has been around since the 1990s making it an OG of the Aussie whisky industry. The world whisky category continues to expand with high-quality bottles coming from disparate places like Wales, India and Denmark, but Australia might be taking the lead.