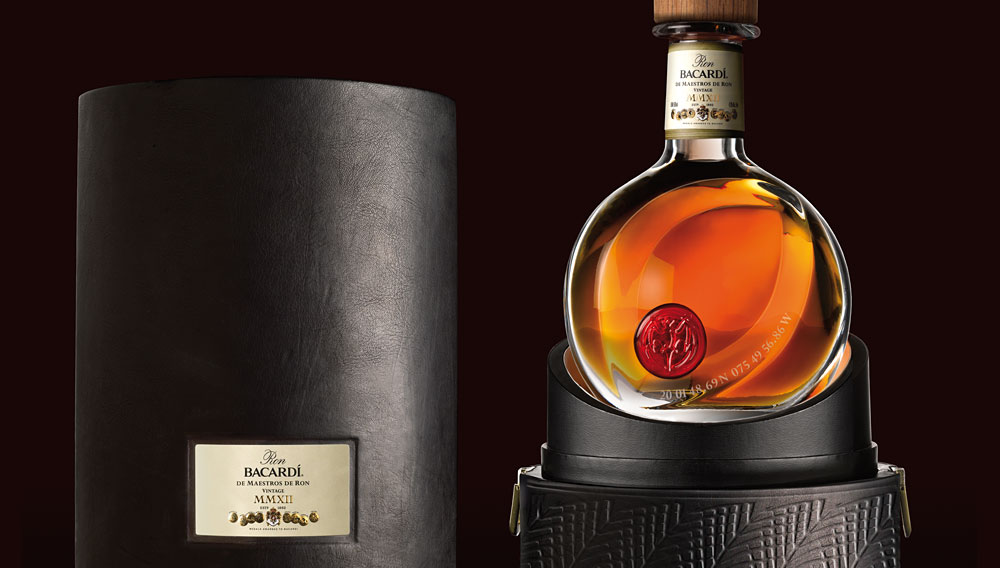 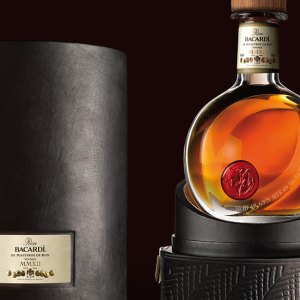 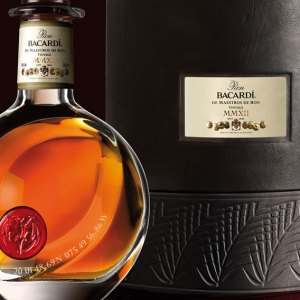 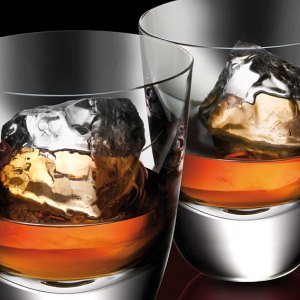 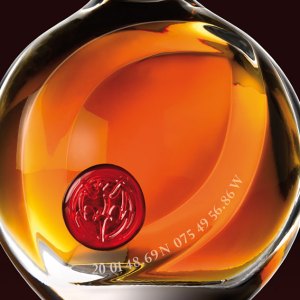 Blended from some of the rarest spirits in the Bacardi cellars, the rums that make up Maestros de Ron have been aging for two decades in 60-year-old ex-Cognac barrels. The color of deeply burnished gold and the thick “legs” of the rum as it slowly rolls down the inside of the glass are indications of its great age. The flavor is pungent with black cherry preserves, citrus, and caramel-soaked oak.

The hand blown crystal decanter containing this precious rum is no less impressive. The decanter is presented in a two-part leather display case embellished with a hand-pressed red crystal emblem of the Bacardi bat. One thousand decanters have been produced, but only 200 of these are available for sale at select retailers, and the rest are reserved for family members. Each is individually numbered on the bottom, next to an etched map of Cuba and the coordinates of Bacardi’s original Cuban distillery, and bears a matching number on a separate copper-ringed crystal stopper. An accompanying booklet tells the story behind the creation of Maestros de Ron. (www.bacardilimited.com)