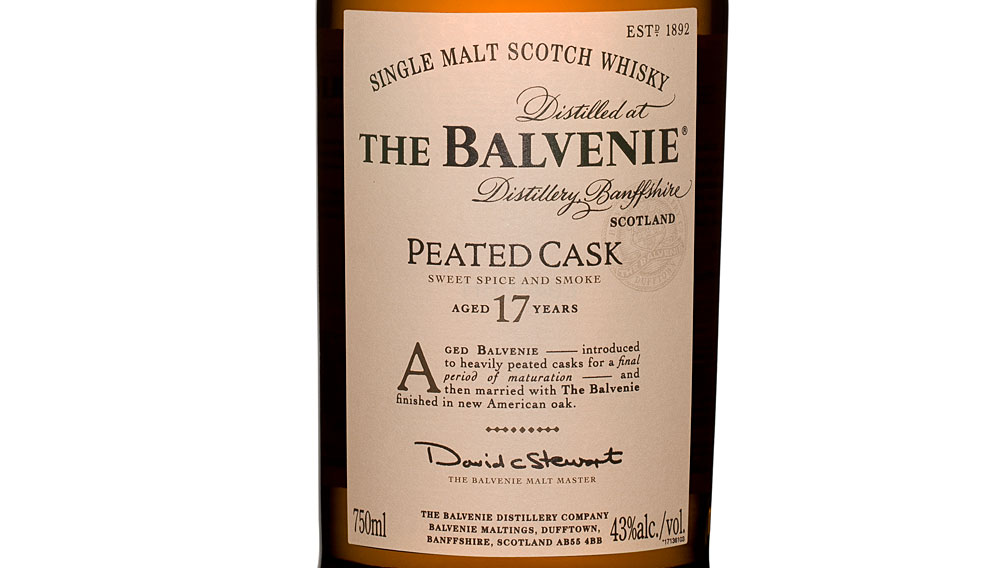 Two of the most intense malt-whisky flavor components are new American oak—which imparts vanillin characteristics—and peat, which, when used to dry malted barley, produces a smoky taste. In his quest to expand The Balvenie’s 17 Year Old range, master distiller David Stewart acquired some heavily peated barley, which he distilled and aged. The barrels subsequently took on a smoky flavor. Stewart refilled them with The Balvenie 17 Year Old whisky aged in new American oak, and to this he added The Balvenie 17 Year Old aged in traditional oak casks. The result is a limited edition that tastes of gentle, cherried smoke accented with lemon, a hint of burned grass, and seaweed.