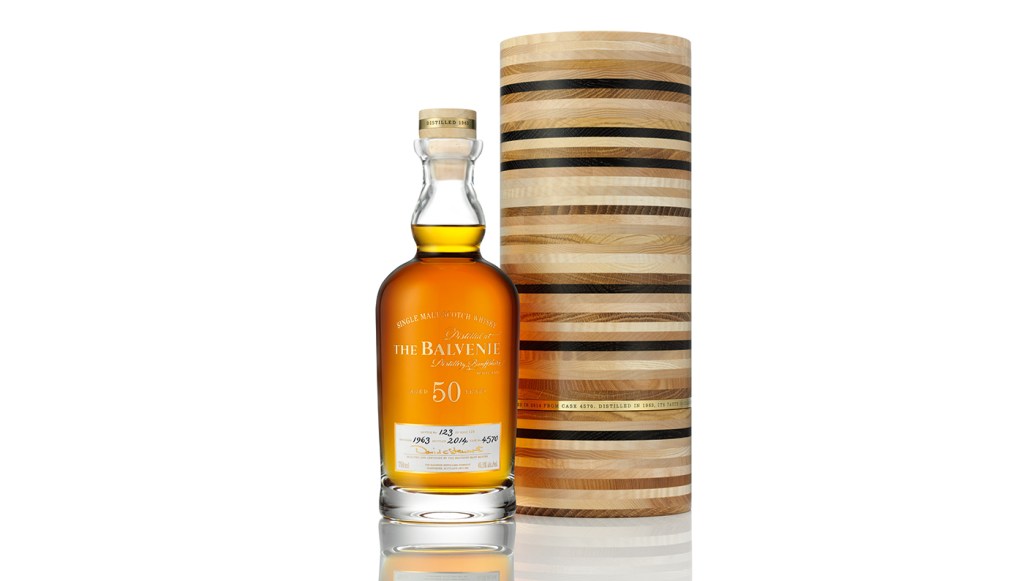 As the longest-reigning malt master in the history of Scotch whisky, David Stewart, the Balvenie’s master blender, has made some fascinating discoveries. For example, in 2013 he selected two 50-year-old European oak hogsheads—casks 4567 and 4570—for bottling. The contents of the casks, which had previously held sherry, were both distilled on the same day in May 1963 and matured side by side. But the whiskies became vastly different spirits. Cask 4567, which was released in 2014, produced a reddish whisky redolent of dried fruit and spice. But the Balvenie Fifty, Cask 4570 ($38,000, thebalvenie.com), which was recently released in the United States, became a gentler, golden-hued single malt with the Balvenie’s signature floral and honey notes and “a remarkable elegant oak and vanilla sweetness,” Stewart says. After a half century of evaporation, Cask 4570 produced only 128 bottles; about 20 are allocated for the States.