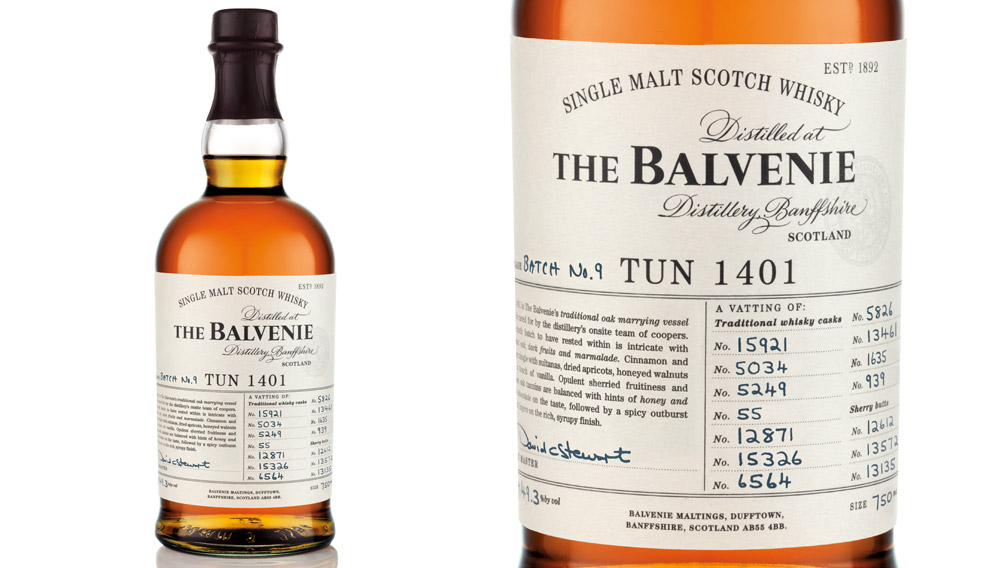 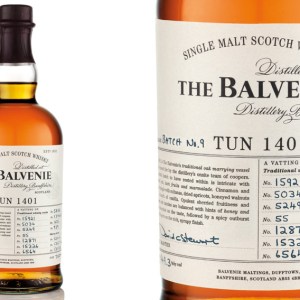 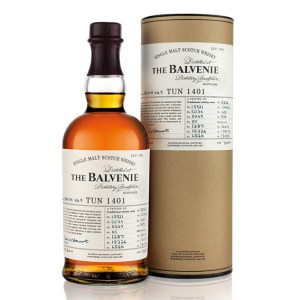 David Stewart, the longest-reigning malt master in Scotland, has been with the Balvenie for over 50 years, so he knows the Speyside distillery like few others. When he came upon some single-malt whiskies that had been resting in Tun 1401—one of the distillery’s historic marrying vessels where already aged spirits intertwine their flavors before being bottled—his keen senses of smell and taste told him that this particular vat had some unique attributes.

Stewart took note of the extraordinary whiskies that had consistently come from Tun 1401, located just inside the door of Warehouse 24 in what was once the basement of the original house that stood at Balvenie in 1892. In 2010, he decided to bottle a limited edition of these single malts. Appropriately, he named this initial offering Tun 1401, Batch 1. Only available at the distillery, it quickly sold out.

To satisfy demand, especially among worldwide collectors, subsequent batches from Tun 1401 have been released for specific countries, with Batch 3 and Batch 6 being the only Tun 1401 expressions bottled exclusively for the United States (in 2011 and 2012, respectively).

Now Tun 1401, Batch 9 ($250), is the third bottling reserved only for the U.S. market. Although the ratio changes with each vatting, Batch 9 is composed of whiskies from 11 ex-bourbon barrels and three sherry butts. Bottled at 98.6 proof, it represents the maturation of whiskies from three decades—the 1970s, 1980s, and the 1990s—that rested together in Tun 1401 for several months.

Sherry and cedar aromas are the first things one notices when Batch 9 is poured, but a single sip brings forth top notes of honey, peaches, and a mist of ocean spray. However, this is a whisky that evolves in the glass, and soon dark chocolate, marmalade, and myriad spices make themselves known. Indeed, a snifter of Tun 1401, Batch 9, has many flavorful secrets to reveal before the last drop is drained. (www.thebalvenie.com)