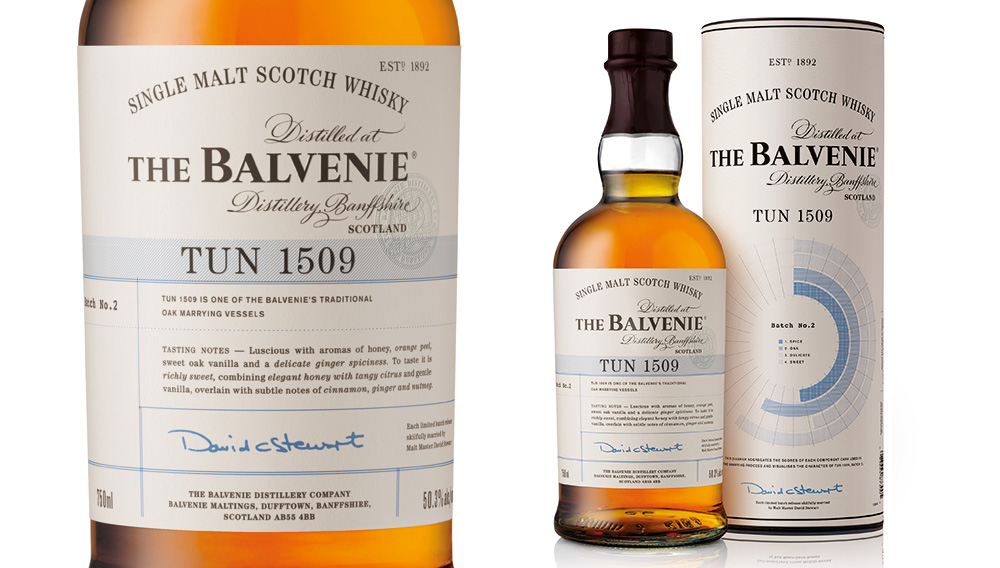 The Balvenie’s Scotch whisky wizard David Stewart has displayed his magic once more with the release of the Balvenie Tun 1509 Batch 2—a single malt crafted from 32 different casks. Stewart tapped into his 52 years of experience (the longest-serving malt master in the business) to select 23 American oak casks and nine European oak sherry casks out of the Balvenie’s stocks. For several months, the whisky contained in those casks combined characteristics in tun 1509, a marrying tank in the distillery’s legendary lair known as Warehouse 24. The same tun was used for the first batch of Tun 1509, which was bottled in 2014.

The latest result, however, is far from a redux of the earlier recipe, as it is infused with flavors from two more European oak sherry casks than before. Stewart describes the nuance as additional notes of cinnamon, ginger, and nutmeg, which complement the vanilla, honey, and sweet oak owed to the American casks.

One of the only distilleries to still grow its own barley (and one of only seven that does its own floor malting before fermentation), the Balvenie will make Tun 1509 Batch 2 available in the United States in September at a price of $350 per bottle. (thebalvenie.com)