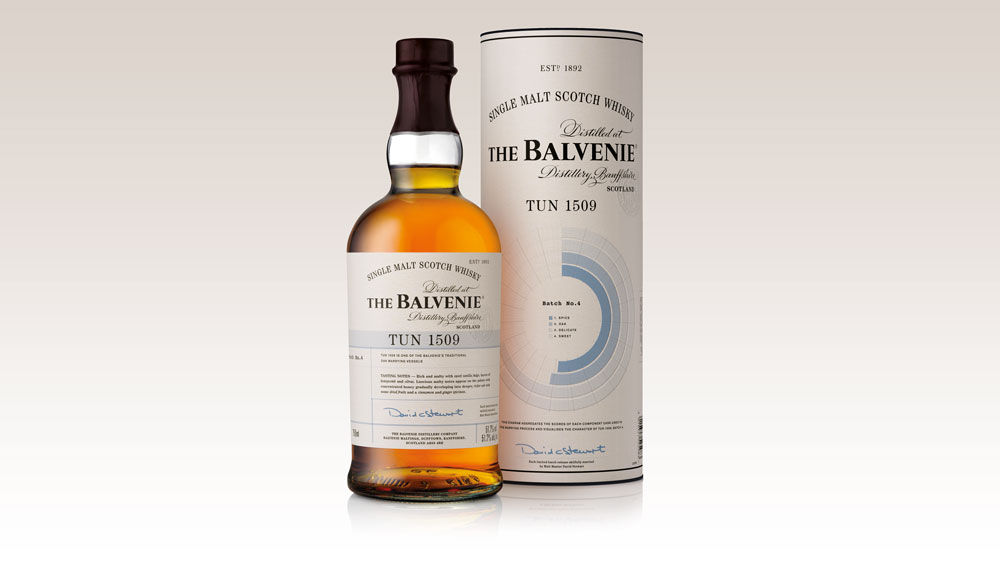 The folks who make The Balvenie are fond of boasting that their Scotch is the “most handcrafted” in the world, a claim that sounds a bit like someone being awarded an Oscar for the “most acting.” They come by the accolade honestly, however, as The Balvenie is the last of the great Scotch producers that still practices all five of the “rare crafts” of whisky production on-site: growing barley, floor-malting, copper-smithing, coopering, and maturation.

But they don’t keep everything in-house merely for tradition’s sake. The hands-on approach also affords them pinpoint control of their production process and allows them to do things other Scotch makers can’t, such as innovative barreling (see their DoubleWood and Triple Cask releases) and their latest experiment, the Tun series.

Malt master David Stewart has been at the helm of The Balvenie’s distilling and blending for more than 50 years. Few in the world have as much knowledge or access to the last half-century of experiments in Dufftown. Over the last few years, Stewart’s been bringing that vast expertise to bear by creating new expressions to surprise and delight Speyside fans. The nine batches released in the Tun 1401 series are the stuff of legend, with collectors snapping them up for three times their original asking price.

Now he’s back with The Balvenie Tun 1509, Batch No. 4 ($400), which brings together stock from 23 different whisky casks and sherry butts, which are then left to “marry” for several months in Tun 1509. In Batch No. 4, honeycomb and citrus on the nose give way to oak and dried fruit on the palate, following through with spice on the finish—all shot through with a honeyed sweetness and preternaturally perfect balance. Most $400 bottles of Scotch cannot reasonably be called bargains. This one is.