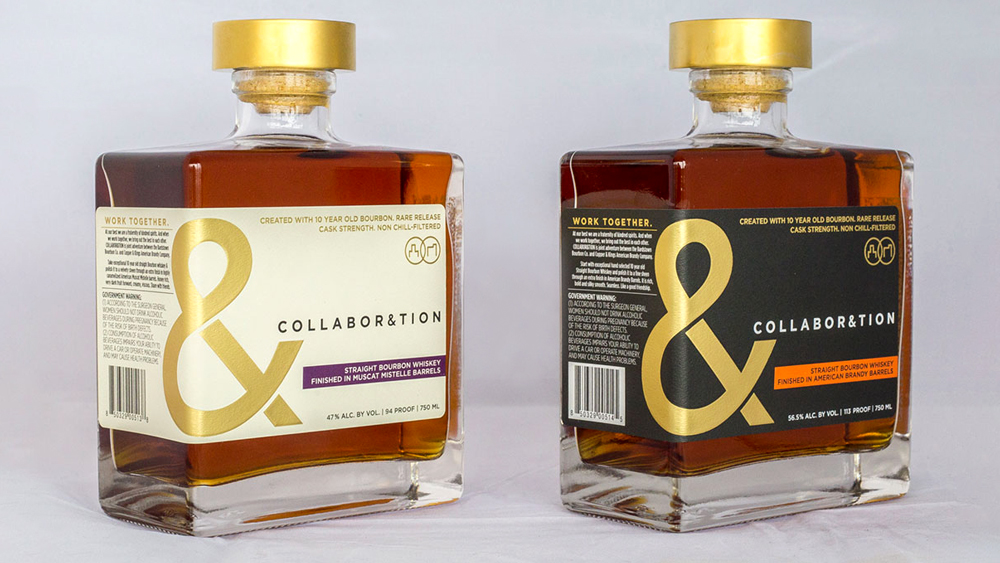 In recent years, Kentucky’s venerable bourbon distilleries have been joined by upstart operations forging their own creative paths. Two of these, the Bardstown Bourbon Company and Copper and Kings, have partnered up to release a pair of new 10-year-old bourbons ($125). Both were finished for more than 18 months—one in American brandy casks and the other in Muscat Mistelle barrels.

Louisville’s Copper and Kings distills brandy, absinthe, gin, and other spirits, while the Bardstown Bourbon Company began distilling whiskey about a year ago, most of which is commissioned by other brands.

The partnership between the two distilleries came about in 2015 when Copper and Kings’ head distiller Brandon O’Daniel, together with Bardstown master distiller Steve Nally, visited MGP of Indiana. They selected barrels of bourbon distilled in 2006 with a mash bill of 75 percent corn, 21 percent rye, and 4 percent malted barley. Some of the whiskey was put into Copper and Kings American brandy barrels and some into Mistelle barrels; the spirit would then spend a little over a year and a half in the Copper and Kings maturation cellar.

The brandy finish is the star of the show—woody and slightly spicy with caramel and apricot flavors that shine through on the palate. The Mistelle finish is quite unusual. Sweet fruit is immediately evident on the nose, but the flavor is surprisingly funky with earthy leather and tobacco notes. Both bourbons were bottled at cask strength—the brandy finish at 113 proof and the Mistelle finish at 94 proof. Bottles will be available at the distilleries’ gift shops as well as at select stores around the country. Pick these up while you can if you’d like to experience a duo of truly unique whiskeys.