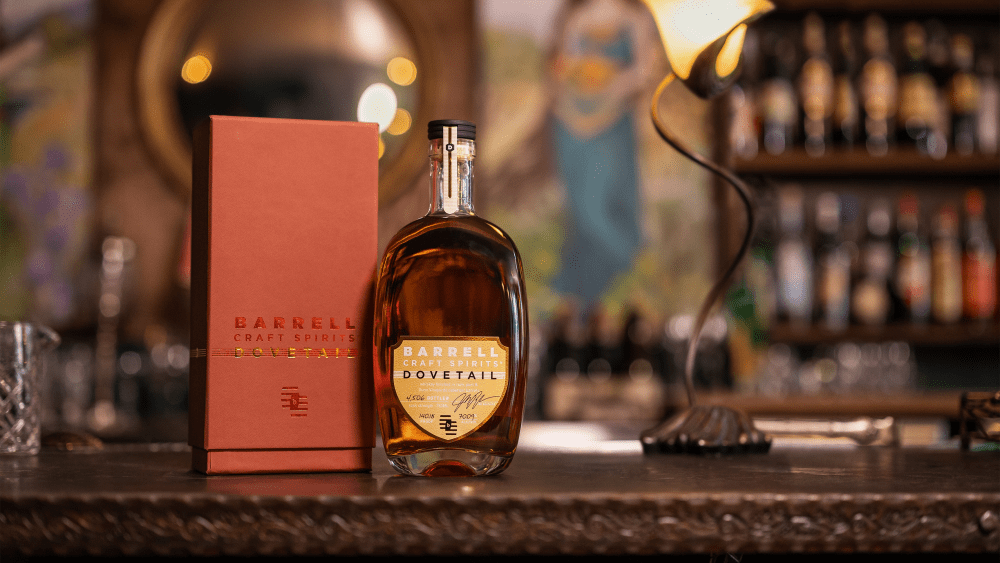 It’s nearly Thanksgiving, which means whiskey brands have been unveiling all of their special high-end expressions for weeks now to give us a head start on potential boozy gift giving ideas. One of the latest to consider comes from Louisville-based blenders Barrel Craft Spirits, with the new BCS Gold Label Dovetail.

Since 2013, Barrell has been sourcing, finishing and blending bourbon, along with other spirits like rye and rum, into some truly excellent releases. In addition to the various batches of the core bourbon lineup, there are some high-end whiskeys in the Gold Label range, which are essentially luxe versions of their already pretty fancy counterparts. Dovetail is an ongoing release consisting of whiskey from Indiana, Tennessee and Canada that is aged in both countries and finished in rum, port and wine barrels. The Gold Label version, which comes on the heels of the Gray Label release, is finished in the same trio of barrel types, including Dunn Vineyards Cabernet Sauvignon casks. But this new release includes older whiskey aged for up to a quarter of a century in the blend.

“Over the past several years, Dovetail has become a highly regarded expression within the BCS portfolio of products and the American Whiskey world,” said Barrell Craft Spirits founder Joe Beatrice in a press release. “Following the recent success of BCS Gray Label Dovetail, we decided to apply the concept of ‘Dovetail’ to our oldest, rarest stocks. We left these component whiskeys in their finishing casks even longer and included some very high proof barrels to create a blend with an intensity matched only by its nuance and layering.”

The final whiskey blend is indeed very high proof, clocking in at a robust 140.18 proof (70.09 percent ABV). Even with such a powerful alcohol punch, the official tasting notes sound very intriguing for this new whiskey, with citrus, strawberry rhubarb, creamed honey, marshmallow, herbs and pine on the palate, followed by a spicy and fruity finish. The suggested retail price for BCS Gold Label Dovetail is $499.99, and you can find a bottle via the official Barrell Craft Spirits website.