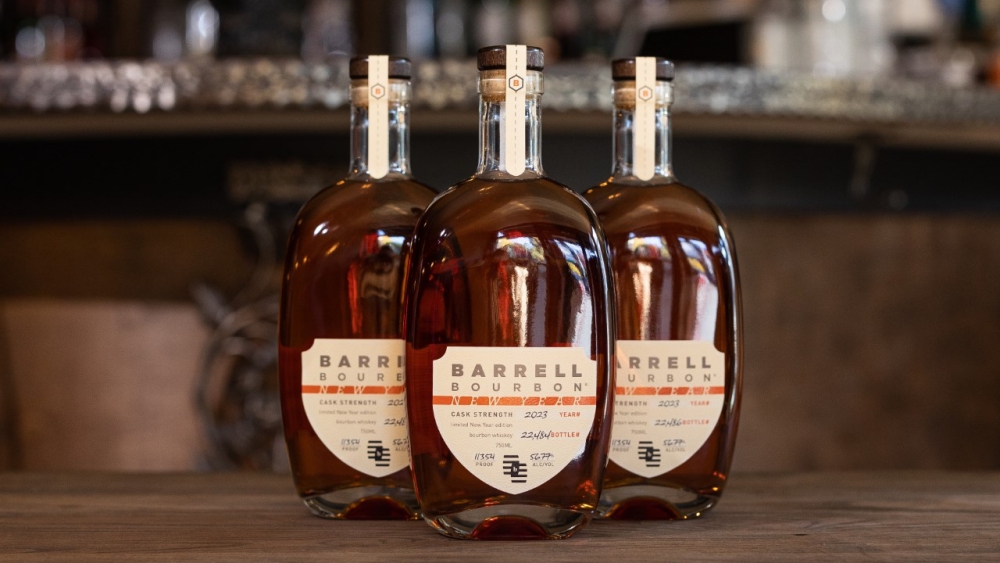 The new year is traditionally a time for reflection, recollections and resolutions. But according to the team at Kentucky’s Barrell Craft Spirits, it’s also a good time to try sipping a blend of whiskey sourced from eight different states, including some that aren’t necessarily known as bastions of bourbon.

The annual New Year Bourbon release from Barrell Craft Spirits is one that fans of this Louisville blending house look forward to all year, as each expression differs in composition, proof and character. The 2023 edition ups the ante from the last version, with Barrell sourcing barrels of bourbon from eight different states as opposed to the seven used in 2022. (The exact distilleries are not revealed.)

The usual suspects of Kentucky, Indiana and Tennessee are included in the mix, all with well-known and well-regarded longstanding distilleries. But the others might not register as familiar whiskey-producing regions to some—New York, Ohio, Wyoming, Texas and Maryland. Each of these states actually has its own excellent distilleries making bourbon, rye and other types of American whiskey that can rival the best of the old guard, and Barrell picked a range of barrels for the current New Year release.

The straight bourbon included in the blend ranges from five to 10 years old, and like all BCS expressions, it’s bottled at cask strength (113.54 proof, in this case). That’s hot but not overly aggressive, allowing the complexity of flavors to shine through. This is a very interesting blend, and the different ages make themselves known with some younger, greener notes that are balanced out by the older whiskeys. There’s a nice dollop of sweet maple and vanilla on the palate, along with dark cherry, nutmeg, anise and oak, and the finish has some spice and heat to round things out. Don’t be afraid to add some water to this whiskey to open up the palate and bring down the ABV a bit.

New Year 2023 Bourbon (SRP $89.99) continues an excellent streak for Barrell Craft Spirits over the past year on the heels of the new Vantage blend and the high-end Gold Label versions of Dovetail and Seagrass, not to mention batch 33 from its core bourbon line. You try some out for yourself from websites such as Drizly, if you’re interested in popping a bottle of bourbon instead of bubbly this New Year’s Eve.