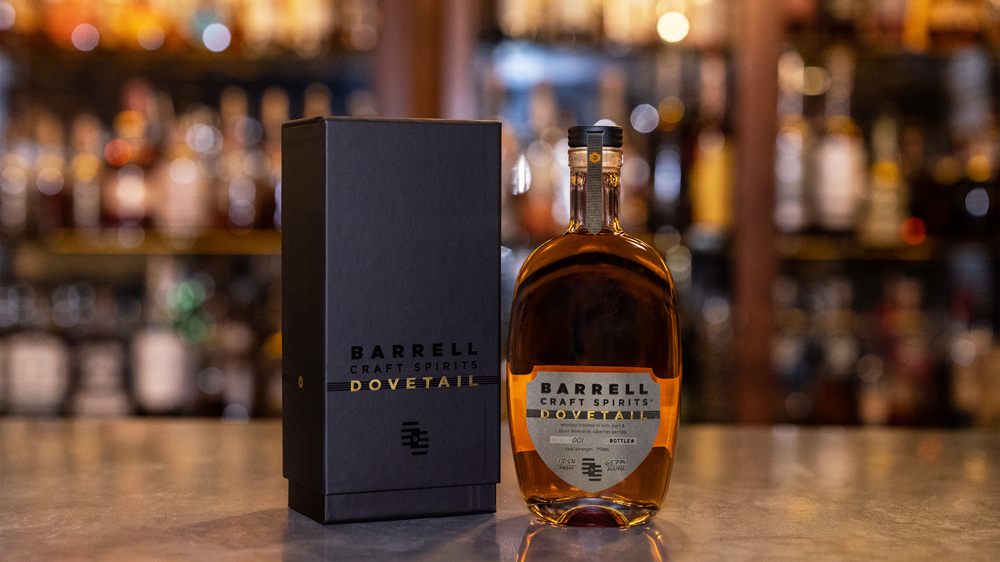 The first Barrell Dovetail, which came out in 2018, was an excellent cask-finished whiskey from Louisville’s Barrell Craft Spirits. But the new BCS Gray Label Dovetail ups the ante on the original, using rarer casks of older whiskey to create something even more special.

The whiskey in this new blend comes from two countries, the US and Canada, and while the sources are familiar the end result is unique due to the particular barrels selected and extensive cask finishing process. The exact breakdown of the blend isn’t revealed, but the components are bourbons from Indiana and Tennessee and rye whiskey from Canada that are aged up to two decades in barrels. Each component is finished separately in a different type of cask before blending: rum, port and Cabernet wine barrels from Dunn Vineyards in Napa Valley. While each of these cask types has been used a hundred times before to finish a hundred different whiskeys, it’s the specific combination of liquid and managed finishing process that makes Gray Label Dovetail stand out.

So why remake something that’s already good? If there is anything at all to learn from Hollywood, that might be one lesson—anyone who argues that the remake of The Wicker Man was better than the original is either worried about getting fired from a job as Nicholas Cage’s assistant or has never seen a movie before. But according to Barrell Craft Spirits founder Joe Beatrice, the first Dovetail was an industry and consumer favorite that felt ripe for reinterpretation. “BCS Gray Label Dovetail provided us with the opportunity to showcase this unique flavor profile with an elegant new depth,” he said in a statement. “Innovation is the lifeblood of our company and we’re proud to push the boundaries of blending each day.”

Tasting notes from the brand include cider, cranberry and apricot on the nose, followed by a palate full of strawberry rhubarb, peppercorn and coconut oil flavors. Gray Label Dovetail is no wallflower of a whiskey, bottled at a hefty cask strength of 131.54 proof. But add a little bit of water if you want to open it up and temper the ABV, and enjoy. Gray Label Dovetail is available now via the Barrell website and will be sold at select retailers around the country.