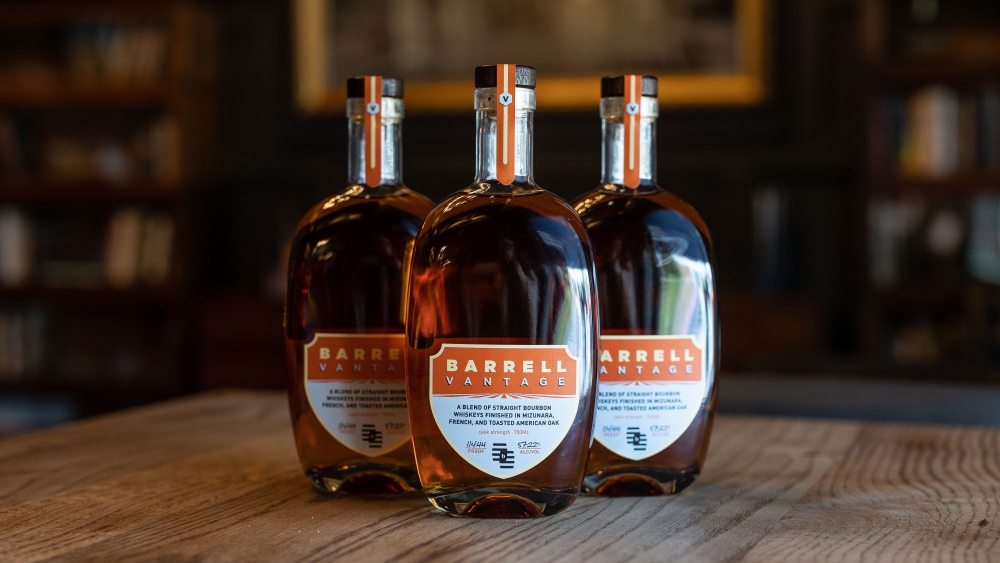 Barrell Craft Spirits has been working hard over the past decade to bring respectability back to the art of blending American whiskey, and the latest release is another example of how, what and why. The new Barrell Vantage is a blend of three bourbons, with one finished in fashionably rare and expensive Japanese mizunara oak.

There seems to be a new BCS release every month or two, and we’ll take it because this Louisville blending company generally releases some really tasty whiskey. The latest is Barrell Vantage, a blend of three straight bourbons, each finished in a different type of virgin oak cask—American (toasted, not charred), French (some toasted, some toasted and charred) and Japanese mizunara (toasted and charred). Each bourbon was finished separately before being blended together, as the Barrell team has attempted to match individual liquids with specific wood types based on flavor. This isn’t the first time BCS has worked with a three-barrel finish program, as releases like Dovetail and Seagrass have also been given this multi-pronged treatment. “We drew upon our years of blending expertise, creativity and testing to create a bourbon with impeccable balance and depth of flavor that embraces different char and toast levels, along with its oak origins,” founder Joe Beatrice said in a statement.

Virgin oak will imbue the whiskey with flavor quickly and intensely because it’s never been used before and has yet to give up its bounty of color and, more importantly, notes of vanilla, fruit, spice and caramel. Each type of wood has a different effect upon the whiskey, and mizunara is currently a popular (if relatively rare and expensive) type of cask to finish your whiskey in. Typical flavors associated with this Japanese oak are incense, sandalwood, coconut and herbal tea. According to the tasting notes, these are present on the palate, along with notes of grilled pineapple, warm cola, tarragon and maple syrup (which kind of sounds like a stoner’s late night snack, but interesting all the same).

The straight bourbon in the Vantage blend comes from the usual suspect states of Indiana, Tennessee and Kentucky. While exact distilleries are not revealed, assumptions can be safely made about the first two at least. The whiskey is bottled at cask strength of 114.44 proof and available for a suggested retail price of $89.99.