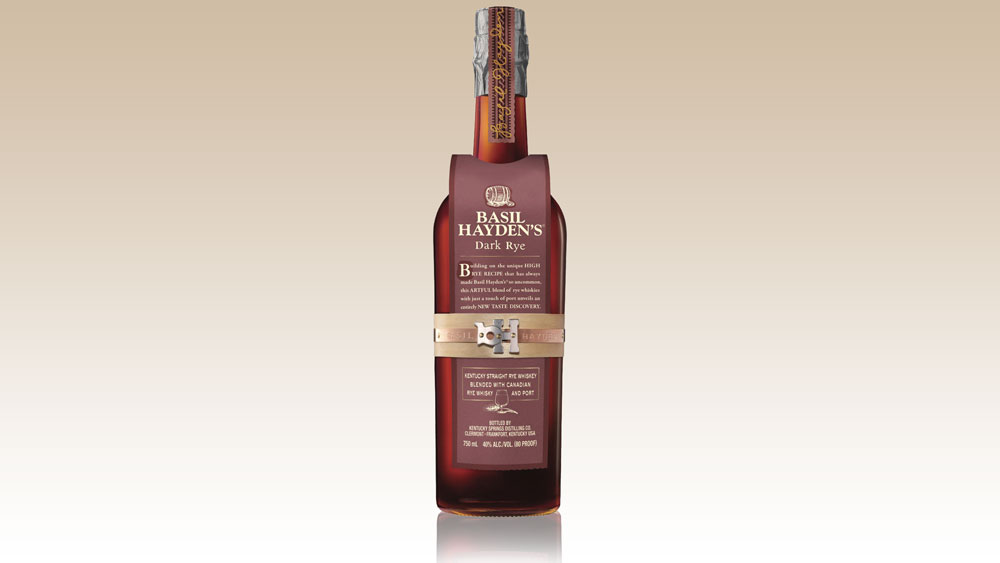 If ever there was a doubt that rye whiskey is the biggest trend in brown spirits, one need look no further than industry giant Jim Beam and one of its Small Batch flagship brands, Basil Hayden’s, which began life as a high-rye-content bourbon. Just as another Jim Beam Small Batch bourbon, Knob Creek, has gone over to the rye side with its Knob Creek Rye, Basil Hayden first tested the ionized waters, so to speak, with its limited-edition bottling of Basil Hayden’s Rye Whiskey in 2017. Based upon that success, Basil Hayden’s Small Batch Bourbon now joins the rye ranks by introducing its first permanent brand extension, Basil Hayden’s Dark Rye ($40), a decidedly different whiskey with a noticeably distinctive character.

“Basil Hayden’s Dark Rye offers complexity and a rich flavor while staying true to the unique approachability and style of our bourbon,” said Rob Mason, the vice president of North American Whiskey at Beam Suntory.

Named after an 18th-century Kentucky distiller whose portrait can be seen today on the labels of Old Grand-Dad bourbon, Basil Hayden’s Dark Rye is a blend of Kentucky straight rye whiskey and a Canadian rye from the award-winning Alberta Distillery. But what really sets this new, darker whiskey apart is that it’s been given a hint of rich sweetness by a small addition of California fortified wine (in spite of the company’s marketing claims, it can’t technically be called “port” because it does not, in fact, come from Portugal—a requirement for the monniker).

The result is a deeply hued, 80-proof amber whiskey full of cedar notes intermingled with molasses, chocolate, and caramel, with vanilla undertones. As such, its medium-strength mouthfeel and relatively mild proof make Basil Hayden’s Dark Rye perfect for sipping on the rocks or for putting a new twist on an old-fashioned Boulevardier cocktail or Manhattan.