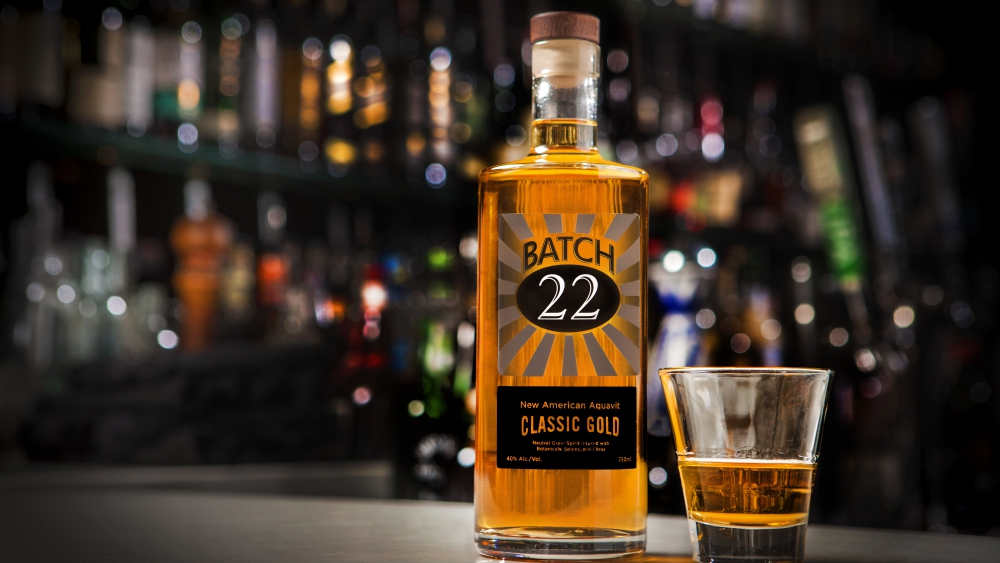 Americans love our booze—vodka, tequila, Canadian whisky and of course our homegrown category of bourbon. But aquavit? Really? And come to think of it, what on earth is aquavit anyway? A new Los Angeles-based company is saying “yes,” “yes,” and “we’ll teach you all about it.”

The name aquavit comes from the Latin “aquae vitae,” or “water of life.” This centuries-old spirit is typically associated with Scandinavian countries like Norway, Sweden and Denmark. It’s produced by flavoring a neutral grain spirit, predominantly with caraway but also other botanicals, and traditionally it’s served as an ice-cold shot.

Matthew Arkin (the son of actor Alan Arkin) started tinkering with aquavit during the pandemic in his LA home kitchen, ultimately leading to him co-founding the brand Batch 22 with a couple of friends. Apparently, Arkin got his first taste of the Scandinavian spirit in the late 1970s while visiting his father on set in Eastern Europe. And, unlike many other people who have tried it for the first time, he fell in love with this assertive spirit. Forty years later, after testing batch after batch and recipe after recipe, the 22nd was the winner. Batch 22 is supposed to represent a new American style of aquavit, which means a focus on combining citrus with the more traditional toasted caraway and dill flavors, and a move away from anise, fennel and cumin. The spirit is a light copper color instead of clear, the result of this particular combination of botanicals. Batch 22 is meant to be sipped or used in a variety of cocktails, including aquavit versions of a Bloody Mary, Negroni or Mule. And, as seemingly every brand is doing these days, there will be aquavit RTDs coming down the pipeline.

This isn’t the first American aquavit by any means—there are bottles produced around the country by brands and distilleries like Tattersall, Geijer Spirits and Spirits of French Lick. The category remains quite small, but Batch 22 co-founder Bruce Glassman sees this as a challenge and an opportunity. “We view the American market for aquavit as an exciting spirit frontier, that is to say most Americans have never heard of aquavit and even fewer have actually tasted it,” he told Robb Report. “This relative lack of exposure is exciting to us, because it offers Batch 22 the opportunity to define what aquavit is for the American market. In fact, it’s called the ‘New American Aquavit’ precisely for that reason, and our plan is to define the category and then dominate it.”

It remains to be seen if aquavit will truly catch on or be relegated to malört level of cult obsession and general aversion. But if you’d like to try for yourself, Batch 22 can be purchased online.