By Richard Carleton Hacker on December 1, 2014 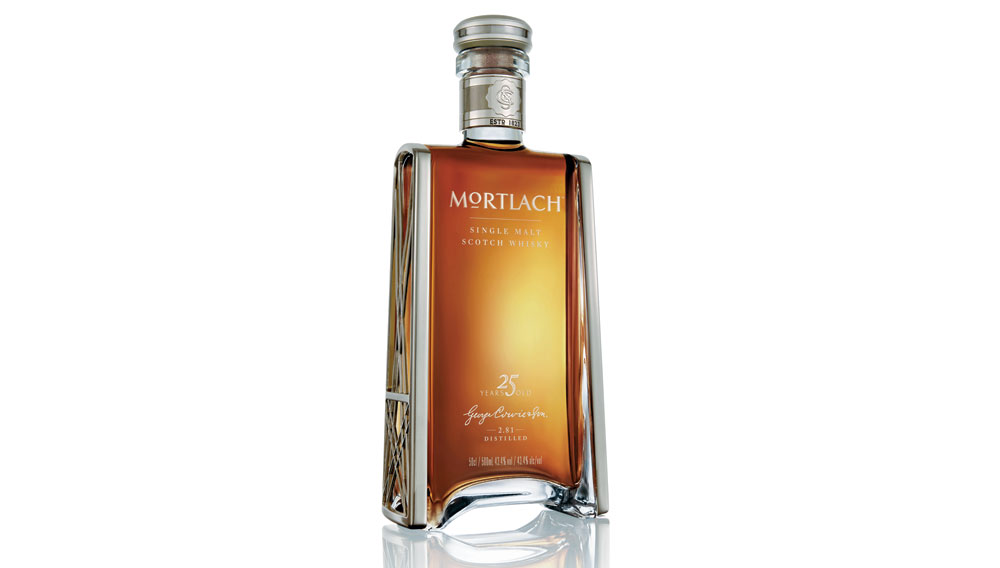 The wild spirit of Mortlach single-malt whisky is recaptured at last.

One of Scotland’s most elusive single malts acquired its sobriquet, “the Beast of Dufftown,” because of its thick, muscular character; however, like some beasts in the wild, this spirit has proved difficult to track down over the decades. In fact, among collectors, few single malts enjoy the mystique of Mortlach, which takes its real name from a parish located within Dufftown.

Founded in 1823, Mortlach was the first legal distillery in Speyside and went through a series of owners in rapid succession. In 1837, the facility ceased operation and its equipment was dismantled. After serving as a brewery and, somewhat improbably, simultaneously a church, the building was restored to its original purpose shortly after 1851. In 1923, Mortlach was purchased by John Walker & Sons, which in turn is now owned by Diageo.

These appealing traits have made Mortlach whiskies ideal components for the Johnnie Walker brand’s popular blends, including Black Label, Blue Label, and Platinum Label—a circumstance that leaves a small number of cases of single malt for a frustrated community of whisky fanciers. Only a trickle of limited releases of Mortlach from independent bottlers has appeared over the years, and the distillery itself has introduced only nine, most recently (and notably) the limited-edition 16-year-old Flora & Fauna.

Consumer demand, however, has prompted Diageo to undertake the most dramatic expansion in Mortlach’s history. The parent company has invested $46 million in doubling the facility’s size and production capacity with six new stills and—even more momentously—releasing four new expressions.

Rare Old ($130), which has no age designation, reflects the fundamental complexity of the spirit, showing notes of apple, citrus, and raisin, as well as a hint of ex-sherry cask. Special Strength ($120), on the other hand, reveals thick, oily layers of stone fruit and vanilla and is reserved for duty-free sales. But the last two, the 18 Years Old ($300) and 25 Years Old ($1,000)—both bottled in elegantly faceted decanters—perfectly capture the essence of this legendary label.

The 18 Years Old’s gently caressing, creamy texture is perfumed with butterscotch and curried ginger, while on the palate, its flavor of honey-coated black cherries mingles with that of sherry barrel–induced dried fruit. Steeped in multiple layers of complexity, the 25 Years Old initially slaps the palate with cedar, chocolate, citrus, and brine, then gently blankets the taste buds in smoky vanilla that hints of American ex-bourbon barrels. Both of these bottlings make prize trophies for hunters of great whisky who seek to bag only the rarest of beasts.