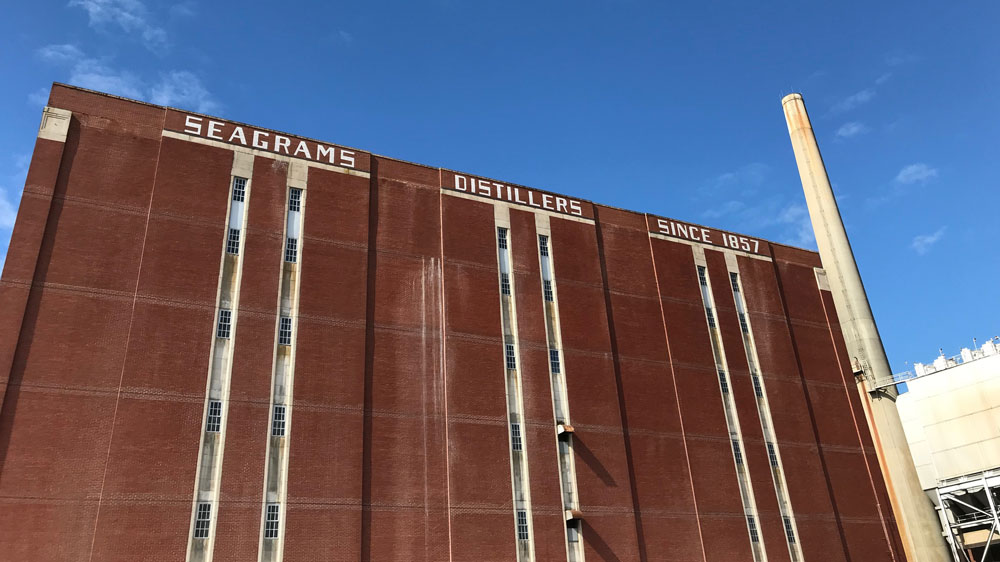 When you read the words “distilled in Indiana” on a bottle of whiskey, you can be pretty sure that it was made at Midwest Grain Products (MGP) in Lawrenceburg. The massive distillery is about a mile from downtown and is where a significant portion of American rye is made along with whiskey for well-known cult brands like Redemption, Templeton, and Smooth Ambler.

For the whiskey-savvy, MGP has been something of a cipher—it produces high-quality distillate on a factory-like scale, and it’s not open to the public like a standard Kentucky distillery. And some of MGP’s partner brands have been less than transparent in the past about where their whiskey comes from, leading to consumer backlash.

Those days are mostly in the rearview, however, and most brands are forthcoming about the origins of their spirit before the individual whiskey makers add their own touches with barrel aging, finishing, and blending. An advantage to MGP now out of hiding is that it can release its own spirits, like its George Remus Repeal Reserve bourbon that launched last November. Robb Report was recently able to tour the distillery and speak with Gus Griffin, president and CEO of MGP, and Andy Mansinne, the company’s vice president of brands.

How has the perception of MGP changed as consumers have become more knowledgeable about whiskey?

Griffin: There was an industry undercurrent of “Let’s out people for sourcing from MGP.” That was a disservice to our customers. We sell them products, and they turn them into brands. That’s not just putting a label on a bottle. That’s how they treat the whiskey after we sell it to them—how they cut it, how they might blend it with something else they have. You can take a finite number of products and turn them into an infinite number of possibilities.

Can you talk about the history of sourcing whiskey?

Griffin: The role of sourced whiskey has helped speed new brands to market sooner and allowed new brands to innovate more because they can pull whiskey from more places than what they might make off their own still.

Mansinne: This is a capital-intensive industry. For a brand to be able to invest their resources into building their brand rather than buying a still, buying ingredients, but sourcing from reputable distillers, it gives them a head start.

Rye has exploded in popularity. Has MGP had a hand in that?

Griffin: I think pop culture played a part in pushing rye along. Bartenders love rye because it really cuts through in cocktails. But the role we play is making sure that the true flavor of rye comes through, that it has that trademark spiciness. Our ability to supply rye to various brands in the industry has helped deliver on the promise of rye.

Mansinne: I would say we’ve contemporized rye. If you go back 20 years, rye was sort of . . . the uncle you never talked to, that was his drink. Certainly with the rise of cocktail culture and millennials wanting to experiment and discover what distilled spirits are, it opened the door for our ability. With our range of mash bills and expertise in rye, we’re able to give a contemporary twist on what people have misconceived rye to be.