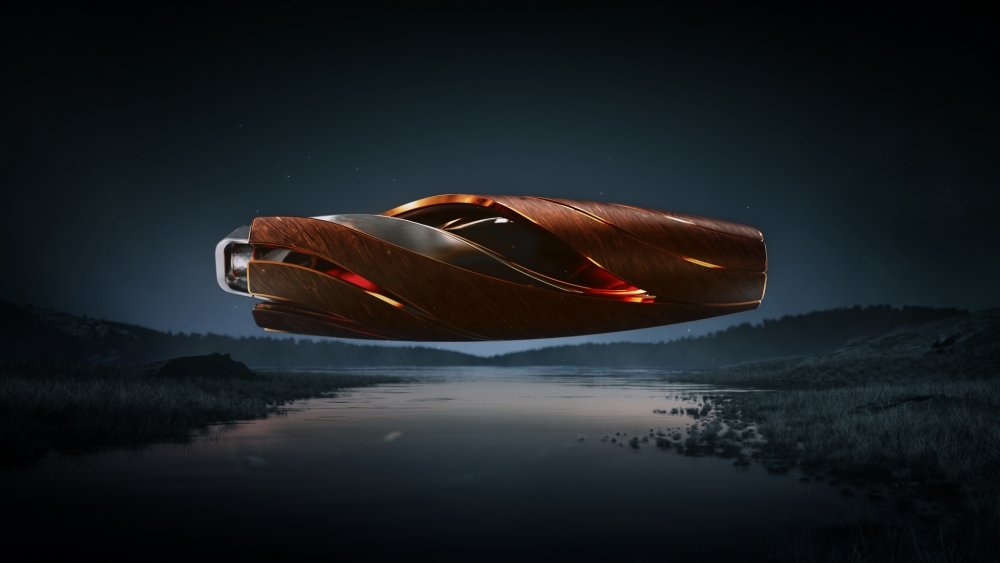 The Macallan and Bentley Motors entered a creative partnership in 2021 and on Monday we got a first glimpse of what that means. The details of the collaboration, at least as far as bottle design, have just been revealed, and fasten your seatbelts and grab your whisky stones because we’re all in for a pretty weird ride.

This isn’t the first collaboration between a scotch whisky distillery and the automotive world—Bowmore has an ongoing partnership with Aston Martin, and car designer Ian Callum worked with Annandale recently. The two worlds can seem like an awkward fit, as no one wants to promote or even gloss over the effects of driving under the influence. But it’s really about a shared sensibility and aesthetic, as can be seen in the prototype for the new The Macallan Horizon. Macallan master whisky maker Kirsteen Campbell is still working on the actual liquid, which was inspired by a visit to the Bentley headquarters in Crewe, England (exactly how that will translate remains to be seen). But the details of this new bottle design, due out summer of 2023, are intriguing.

Firstly, this bottle is meant to be presented horizontally instead of vertically, although presumably this will not require sticking a straw into the side of the bottle to take a sip. There will be no standing base, and the design is centered around an unusual 180 degree twist. “In the spirits world, everything is upright, such as our stills and our bottles,” The Macallan global creative director Jaume Ferras said in a statement. “When we looked at the horizontal direction pursued by Bentley Motors as part of the automotive industry, it made us consider if and how we could adapt this format for whisky, which ultimately requires to be poured.”

Six “upcycled, repurposed or ethically sourced” materials are being used for the bottle, according to the brand, which is an homage to the Six Pillars of identity that define the distillery (spiritual home, curiously small stills, finest cut, exceptional oak casks, natural color, peerless spirit). To that end, materials include recycled copper taken from the stills in the old distillery, aluminum recovered from Bentley’s manufacturing, and recycled wood and glass. “The form of the design has allowed us to almost treat light as another material in itself, and the interplay between light and the wood, aluminum and copper materials is extraordinary,” Bentley head of design collaborations Chris Cooke said in a press release. “In being both an object of beauty in itself and demonstrating such innovation, it’s a representation of what’s coming next from our partnership.”

All of this sounds artistically inspired and aesthetically pleasing, but it remains to be seen what the last and arguably most important component of this project, the whisky, will be. More information will be made available closer to its launch sometime next summer.