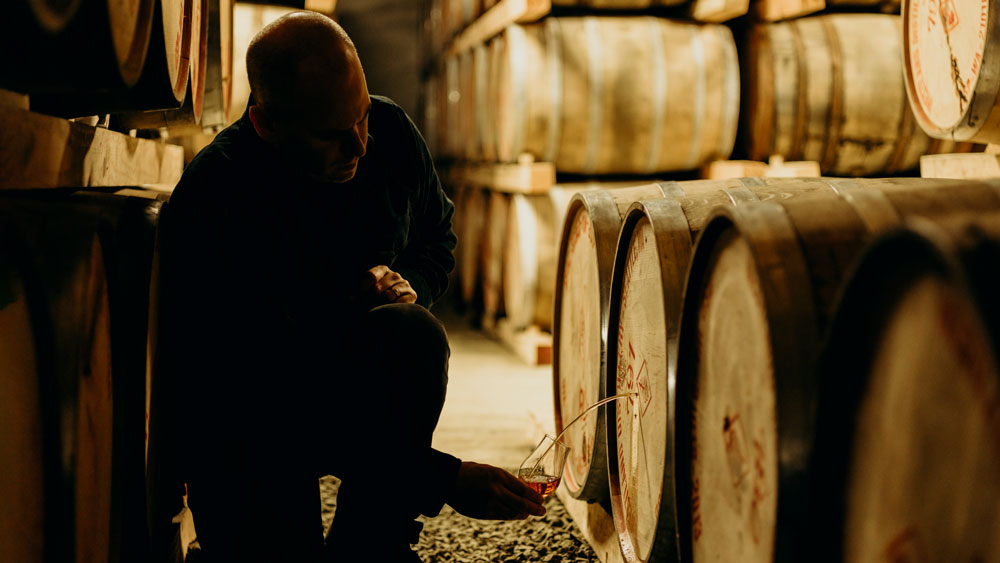 The Foundry Distilling Company owner Scott Bush is trying something new: To meet the increasing appetite for purchasing casks of whisky rather than just bottles, his new facility is going to focus specifically on selling custom barrels of whiskey rather than on bottling (although he will do that, too). Started just last month, The Foundry is the first of its kind, allowing customers to not just purchase a cask, but to actually have a say about the liquid that goes in there. While demand for barrel programs seems to grow, very few distilleries make casks available for private individuals. Often they are in place exclusively for their top wholesale customers, such as bars or restaurants looking to pour a unique spirit for their enthusiast drinkers.

So far, no Scotch whisky houses are willing to offer barrels for sale, but in the U.S., the Iowa-based Foundry and Jack Daniel’s in Tennessee both have formal programs for individuals that include bottling and a run of private labels when the whiskey has finished aging. A few others might allow one or two customers each year to carve out their own stash; notably among those is Oregon’s Westland Distillery.

Just launched in September, Iowa’s newest distillery, the Foundry, takes customized spirits to the next level by making them the backbone of its operation. Enthusiasts choose a cask at the start of its life by determining the grains of the whiskey’s unique mash bill. Then the mix goes into one of the 53-gallon hogsheads, where it will age 3 to 5 years, and a 10-gallon “pilot” barrel, where it will age for 18 to 24 months, to yield about 350 bottles combined. Quarterly samples will be sent to investors so they can taste how the whiskey is developing, though founder Scott Bush encourages owners to visit their casks in person during maturation. He says, “We hope each customer leaves as a friend and comes back to see us.” You can even keep the barrel in which your whiskey was aged ($18,000).

Tennessee’s history of spirits-restricting temperance laws dates back to the early 1800s—long before the Eighteenth Amendment was ratified. An 1838 measure attempted to stop the sale of drams and cocktails in saloons by prohibiting the sale of liquor in any container smaller than a quart. Had the famous Lynchburg distillery been around at that time, Jack Daniel’s could have helped connoisseurs and scoundrels alike circumvent such regulations by introducing its bespoke barrel program, the Personal Collection. Unfortunately for Tennessee whiskey cognoscenti of the time, it didn’t start its stills until 1866.

The program, introduced in August 2016, allows customers to hand select a cask of Jack Daniel’s Single Barrel ($10,000) with master distiller Jeff Arnett, from the top row of the rickhouse. There, extreme temperature shifts cause the American white-oak casks to impart a more unique and layered taste profile to the whiskey. “This represents the best of the best from Jack Daniel’s Single Barrel,” says Arnett. “It is a unique opportunity for whiskey enthusiasts to take part in what we do.” Connoisseurs can select their barrel by visiting the distillery, having different samples sent to their homes, or simply letting the distillery team choose for them. Once a barrel is picked, the distillery will fill 240 bottles with the 4- to 7-year-old cask’s yield and create personalized labels that can include the barrel number, barrel house, rick number, and bottling date as well as names or occasions the bottle is commemorating.

This excellent distiller in Washington allots just a few casks for informal, individual purchase each year. If you can get it, ask for a barrel of its Garryana whiskey made from Oregon oak, which is a limited-​run annual release (from $16,000).