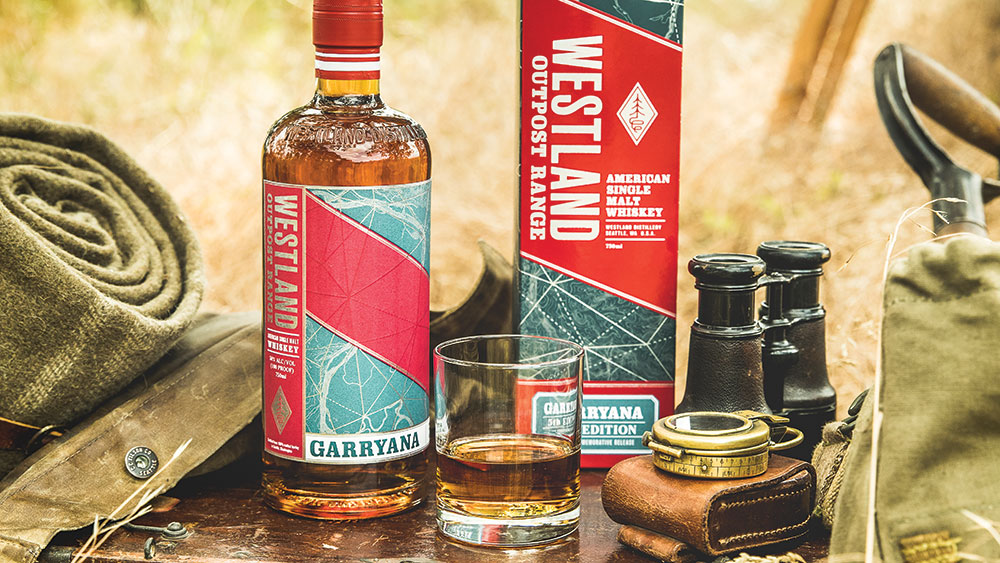 When people think of single malt whiskey, the first thing that comes to mind is usually scotch. That concept is changing, however, with the growing popularity of the American single malt category. This style of whiskey isn’t exactly new, but it has gained ground in recent years as more craft distilleries release their own versions of the spirit. Although there is not yet a real definition for American single malt, the American Single Malt Commission is pushing for certain qualifications to be legally recognized, in the same way as bourbon and scotch. The main points are as follows: The whiskey must be made from 100 percent malted barley, distilled at one distillery in the US, matured in oak casks and bottled at at least 80 proof. Here are ten of the best examples of American single malts you can find now from around the country, each bringing a unique take on the category based on the distillery’s geographic location.

Balcones, located in the sprawling city of Waco, has been producing an impressive array of various types of whiskey for many years now, including single malt. In fact, the Balcones “1” Texas Single Malt is a flagship expression of the distillery. It’s distilled in pot stills, aged in new American oak for about two years and bottled at a relatively high 106 proof. This is a fine example of how single malt can vary based on where in the country it’s distilled, as the hot climate and different barrel types used for maturation contribute to the flavor of this whiskey. The latest single malt to be released by Balcones is called Lineage. It’s made from a mash bill of Texas and Scottish-grown barley and aged in both refill and new American oak barrels giving it sweet and fruity notes along with some chocolate and cherry flavors.

Stranahan’s has been making what it likes to call “Rocky Mountain single malt” since 2004. The Original expression is an American single malt classic by now, a blend of whiskey aged for up to five years in new charred oak barrels. This fall saw the release of the limited-edition Mountain Angel, an incredibly flavorful ten-year-old whiskey that is one of the best (and most expensive) releases to come from the distillery thus far. Another new addition to the lineup is Blue Peak, a four-year-old whiskey that is finished using the solera process. This means that the mature whiskey is put into an oak vat to marry with younger whiskey, a process that is more frequently used by sherry and winemakers. Stranahan’s is a great place to start if you’ve never tried this whiskey category before.

McCarthy’s is another American single malt that has been around for some time now, in this case for more than two decades. This smokey whiskey is made using 100 percent peated malted barley imported from Scotland. It’s distilled at Clear Creek Distillery (part of Hood River Distillers since 2014) in a pot still and aged for a minimum of three years in Oregon oak barrels that have been air dried for 36 months to tighten the grain. This whiskey is vibrant and crisp, with a healthy dose of peat that does not overpower the citrus and fruit notes that pop with each sip. Try this side-by-side with a bottle of Lagavulin or Laphroaig to see how it compares and contrasts with its Scottish cousins. You can sip this whiskey on its own, or use it to make a smokey version of any classic whiskey cocktail.

Westland is another Pacific Northwest distillery that is focused on making American single malt that really represents the character of the region. This means that this Seattle distillery does things like using Garryana oak (a species native to the PNW) casks to age some of its whiskey. The fifth edition in this series is out now. Garryana is part of the distillery’s Outpost Range, which also includes Colere (due out in the spring), which uses only Alba barley in the mash bill and Solum, a smoky expression made using peat from the region to dry the barley (this won’t be out until 2023). In the meantime, check out the core range of whiskeys, American Oak, Peated and Sherry Wood, to see what this constantly innovating and experimenting craft distillery is up to.

Another Pacific Northwest distillery of note is Westward located in Portland, OR. This American single malt operation is making a variety of expressions that stand out in this growing category. Besides Westward’s core expression, a single malt that is full of fruity, floral and honey notes, there are single malts finished in Oregon stout casks and pinot noir casks, as well as a cask strength version of the core expression. Westward has been around since 2004, putting it into the group of long-running distilleries that have been really furthering the cause of American single malt.

Cedar Ridge, located in Iowa, makes a few different kinds of whiskey (including a collaboration with nu-metal band Slipknot). The QuintEssential, which launched last summer, is a single malt made from a mash bill of 100 percent two-row pale malted barley. The whiskey differs from some other American single malts because it is aged in several different barrel types instead of just new oak. Initial maturation is two to three years in ex-bourbon casks, then in used brandy, rum, wine, port or sherry barrels for two to four years and finally the spirit goes into a large oak solera vat to marry together and rest. This is a light but very flavorful whiskey that really picks up the character of all the different casks that are used throughout the maturation process.

Courage & Conviction is the flagship American single malt from Virginia Distillery Co. It’s a blend of whiskey aged in three cask types—bourbon, sherry and cuvee sourced from red winemakers in Europe. The distillery has embarked upon a whiskey release journey of sorts, with more to come. In 2019, Prelude came out, a precursor to the current bottling of Courage & Conviction that differed slightly in its makeup. And in the spring the distillery will release separate bottlings of each cask type that goes into the final blend, providing a closer look at the components. Previous Virginia Distillery Co. releases have included the Virginia-Highland series of whiskeys, a blend of in-house single malt and sourced scotch whiskey that is finished in a variety of cask types that is also worth checking out.

California’s St. George Spirits has been around since the mid-’90s and produced its first single malt whiskey 20 years ago. To celebrate that milestone, the distillery is releasing Lot 20 of the whiskey, which contains some of the oldest liquid it has distilled. The youngest barrel in the blend is 4.5 years old, while the most mature has whiskey up to 21 years old because of the solera-style system that St. George uses. The mash bill remains the same, a mix of barley roasted to different levels, along with Bamberg malt which is unroasted but smoked with beech and alder wood. The cask types range from bourbon to Tennessee whiskey to French oak apple brandy. This is a complex, sophisticated American single malt with subtle bitter hoppy notes, a sweet honey undercurrent and hints of citrus throughout.

Evanston, a suburb of Chicago, is where you’ll find FEW Spirits, a craft distillery making some very interesting whiskey on a relatively small scale. New releases like Cold Cut Bourbon (proofed down with cold brew coffee) and Immortal Rye (cut with oolong tea) have been getting attention recently and deservedly so. But the distillery also has a single malt whiskey that is released in fairly limited numbers (500 to 600 bottles released annually). There’s a bit of smoke on the palate here, but this doesn’t come from peat. Instead, FEW uses cherrywood to smoke the barley, giving it a chocolate, almost savory character that really makes it stand out from a peated whiskey. This single malt might be hard to find, but it’s worth a taste if you do manage to find a bottle.

San Jose is not exactly known as being a whiskey hub, but 10th Street Distillery is trying to change that perception. The distillery makes a few different types of whiskey, both peated and unpeated, with different barrel finishes as well to create a range of flavors. The STR expression is a good place to start in the 10th Street range. This is a crisp and light unpeated whiskey that is full of honey and citrus notes. “STR” stands for the shaved, toasted and re-charred barrels that the whiskey matures in, giving fresh life to the wood and allowing it to infuse the spirit with color and flavor.