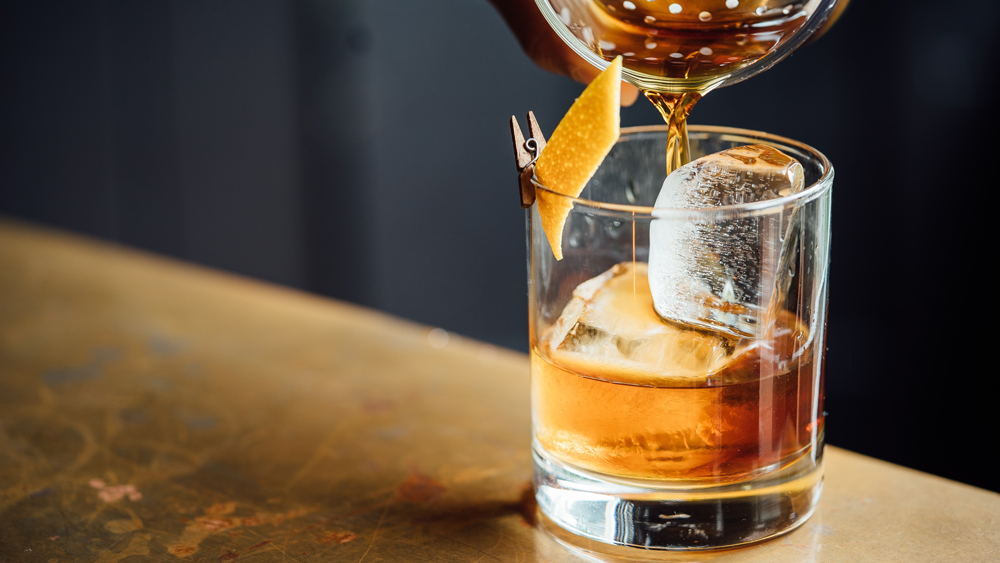 One of the annoying little quirks of the American spirits industry is that everyone tries to sell you on the story that they are the “oldest” whatever or the “first” to do this or that.

Evan Williams is said to be the first distillery in Kentucky, dating all the way back to 1783. Elijah Craig will retort that it is they who made the first bourbon, for it is the Good Reverend Craig who had the idea to age it in oak barrels. Buffalo Trace counters that they’re the oldest continually operating distillery, boasting that they were allowed to make what’s hilariously referred to as “medicinal” whiskey during Prohibition.

The joke is that the original American spirit isn’t even whiskey, it’s apple brandy. Before there was even an America to speak of, settlers were freeze-distilling apple brandy all up and down the eastern seaboard. The very first distillery license ever given, License No. 1, was issued in 1780 to the apple brandy distiller Laird & Company, and that’s just when they became legal—Alexander Laird moved from Scotland and claims to have started distilling in 1698, and George Washington’s diaries include entries about Laird’ “cyder spirits” as early as 1760.

Why are we talking about this? Because you can’t name a cocktail “American Trilogy” without inviting questions about its ingredients. For a simple drink—apple brandy, rye whiskey, orange bitters and sugar—the American Trilogy is surprisingly evocative, recruiting into its story all manner of American arcana. Apple Brandy, as mentioned, is America’s first spirit. Rye is our first whiskey: Early Irish and Scottish immigrant distillers found that the barley that grew so well in the old country wouldn’t take root in the harsh New England climate, but rye would, so they made whiskey out of that. Orange bitters, a once-lost cocktail ingredient, were resurrected in the 1990s partially by an English bartender named Gary Regan who had moved to New York, and ultimately put into production in 2005 by the New Orleans brand Sazerac.

Three ingredients, all started by immigrants, but distinctly American. Put them together, and it’s an American Trilogy. It was invented around 2007 by Richard Boccato and Michael McIlroy, at a New York bar called Little Branch. Mixologically speaking, it could hardly be simpler, essentially an Old Fashioned with a split spirit base, but it has nonetheless spread prodigiously and is now known by bartenders around the country.

One of the reasons it’s traveled so wildly is its quality—rye and apple brandy, as far as split base spirits go, are fast friends, the apple brandy adding an autumnal echo to rye’s grainy persistence. The orange bitters add a spiced juicy complexity and the sugar files the sharp edges off the proof. Another reason, if we’re being honest, is the name. Sometimes, one has to admit, a good story goes a long way.

Rye Whiskey: This cocktail is simple to the point of being foundational: If you have a rye whiskey that you like, you’ll like it in this drink. Ryes across the spectrum have an affinity to pair with brandy, and I wouldn’t say one style works so much better than another to get prescriptive about it. Personally, if I had my pick, I’d grab my favorite style of rye for Old Fashioneds, which is a bigger Kentucky-style rye like Wild Turkey 101 or Rittenhouse, maybe the 90 proof Sazerac if I’m feeling softer or 110 proof Pikeville if I’m feeling punchy.

Apple Brandy: The French make an exceptional apple brandy called Calvados, but we’re talking about an American Trilogy here. The aforementioned Laird & Company still exists, and is still family owned, now in their 9th generation, and an excellent choice. They make a number of products—the most famous is their 80 proof “Applejack,” which is a bland, a mixture of 35 percent apple brandy and 65 percent grain neutral spirits (essentially vodka) and is nowhere as good as their full-apple products. What you want is their 100 percent apple brandy, either the 100 proof “bottled in bond” variety or their “Straight Applejack 86.”

There are other noteworthy distillers making apple brandy, among them Clear Creek, Rhinehall, and others. Both of these are excellent; as for the others, your mileage may vary. Just make sure it’s American. Obviously.

Demerara Syrup: Demerara sugar is sugar that’s less refined than white sugar—it’s those “Sugar in the Raw” packets at Starbucks—and still carries with it some molasses flavor, which serves to deepen the cocktail. To make it, mix equal parts demerara or turbinado sugar with hot water, and stir until the sugar dissolves. It’s not like you can’t make this drink with white sugar, but demerara sugar (or even brown sugar, which isn’t less refined but is in fact white sugar with molasses added back to it) will be better.

Orange Bitters: The original recipe calls for Regan’s No. 6 Orange Bitters, probably because they not only work well here, but also were the only thing available at the time. Of course, lots of companies make orange bitters now, and to my palate, no one brand stands above the others. If you can get Regan’s, great. If not, just use what you can. Either way though, use them sparingly. It’s deceptively easy to overdo the orange bitters.