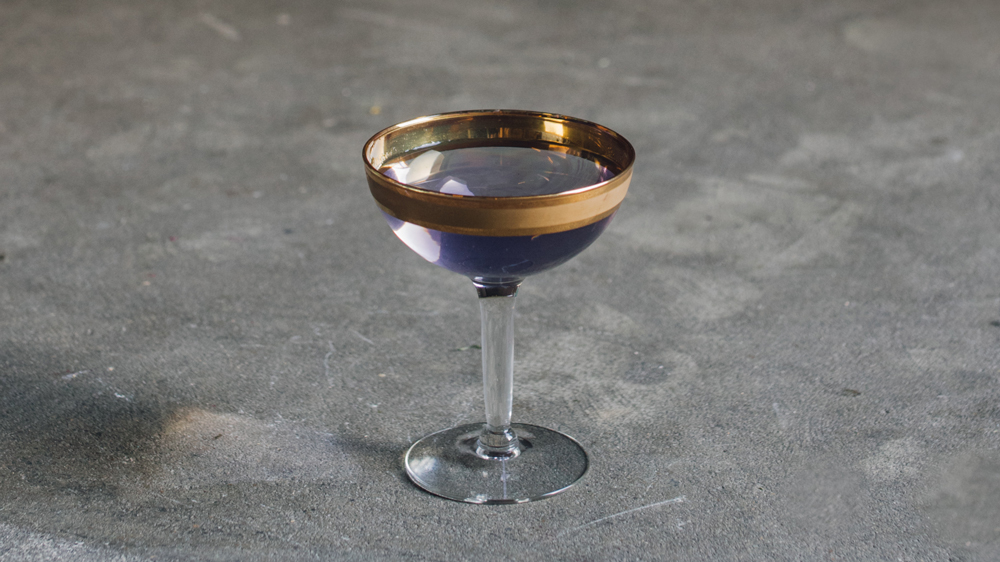 It is not without irony that I report that no one paid any attention to the “Attention Cocktail” until it was called something else.

Poor Hugo Ensslin never got the respect he deserved. Before Prohibition, Ensslin was the lead bartender of the Wallick Hotel, at the southwest corner of 43rd and Broadway in Manhattan, a corner currently more or less dominated by the shadowless insanity of Times Square. Very little is known about the man himself—the Wallick wasn’t a first-rate hotel, and his name never made the papers—but in 1916, he published a little cocktail book, titled, with classic German stolidness, Recipes for Mixed Drinks.

Ordinarily that would be the end of the story. There’s lots of cocktail books; writing one isn’t particularly special. He wasn’t a connected bon vivant like Harry MacElhone or a venerated professional like Harry Craddock, he was just a hard-working German immigrant who self-published a brown and near imageless cocktail book, and personally sold copies out of his modest home in Harlem. The only reason we’re talking about him at all is his sheer talent which, told through his drinks, was monumental.

In his brief volume, Ensslin created a stunning quantity of what we now think of as classic cocktails. The problem was that no one but other bartenders ever knew. Harry Craddock was one of those bartenders, and swept up over a hundred of Ensslin’s drinks for his Savoy Cocktail Book, in 1930—not from malice, just as a catalog of important drinks—but it is nonetheless Craddock got the credit for many of Ensslin’s cocktails, like the Aviation and the Chrysanthemum.

Another one of these was the Attention Cocktail, a stellar little Martini variation of Ensslin’s that was rejiggered, reprinted and renamed by Craddock to the “Atty” cocktail—gin and dry vermouth, with a floral punch from creme de violette and a piquant zing of absinthe (it should be said that Craddock’s proportions are much tastier than Ensslin’s). This, too, didn’t get much attention—the Savoy had some 700+ cocktails, so it was easy to get lost—until it was again picked up, again renamed and reprinted, this time by a theater producer named Crosby Gaige in his 1941 Cocktail Guide and Ladies Companion, who gave it an evocative and wistful name: Arsenic and Old Lace.

“Arsenic and Old Lace” was a play that came out the same year of Gaige’s book. No one knows exactly why he chose to name the cocktail after the play, though it’s reasonable to assume the Arsenic in question was a reference to the supposed deleterious effects of absinthe, and the Old Lace to the floral violette. In any event, the play was extremely popular, and the 1944 film adaptation even more so, and the bright, bracing, floral cocktail that couldn’t make it as the “Attention” or the “Atty” finally took off.

One hopes Hugo Ensslin never got too down about his relative lack of fame. It’s only in the last fifteen years that historians discovered his book and it’s attendant brilliance. He wasn’t terribly good at naming things (see: Recipes for Mixed Drinks), which itself becomes something of a lesson: Sometimes you need a great name, and sometimes you need to hitch your wagon to a star, but either way, if you want attention, you can’t merely ask for it.

Gin: It is the absinthe and creme de violette that determine the palate of the drink, so you can think of the gin as the canvas. You want something full-flavored, lest it get lost, but not too assertive. Honestly, I think most gins would be pretty good, from the structured Tanqueray to the ethereal Suntory Roku, but if I had my pick of the litter, I’d think I’d choose a London Dry gin of moderate proof like Sipsmith, or even something a little fuller-bodied like Plymouth.

Dry Vermouth: The exacting balance asked of dry vermouth in a Martini is not required here. Still, my go-to brand of dry vermouth is Dolin, from France. I’m also terribly fond of the elegance of Yzaguirre Dry Reserva and the boldness of Mancino Secco, but unless you’re at an exceptionally well-stocked liquor store, you probably can’t find them. Dolin is the one that’s both widely available and broadly excellent.

Creme de Violette: Creme de violette wasn’t available in America as recently as 2007, but now we’re fortunate to have a number of options. I think the bottlings from Rothman and Winter (the first available stateside) and Giffard are both excellent. I like Tempus Fugit’s too, though it’s a bit different and I haven’t tried it in this application. I like slightly less the Creme Yvette, which will have flavors of berries and vanilla as well—still good, but adds some noise to the pure floral signal of the others.

Absinthe: It’s always tricky to recommend a specific style of absinthe, because even I, as a cocktail bartender, don’t have more than one style of absinthe at home at any given time. So for absinthe, use what you have. My perennial recommendations for all-purpose brands to get are the stalwart Pernod or the more aromatically complex, but still identifiably classic, St. George. All of that being said, if you happen to have a clear Swiss style of absinthe like La Clandestine, that is my particular favorite to mix with creme de violette. It’s cleaner than the French style with a lighter touch, and offers all that’s required of it without stepping on the violette’s toes.