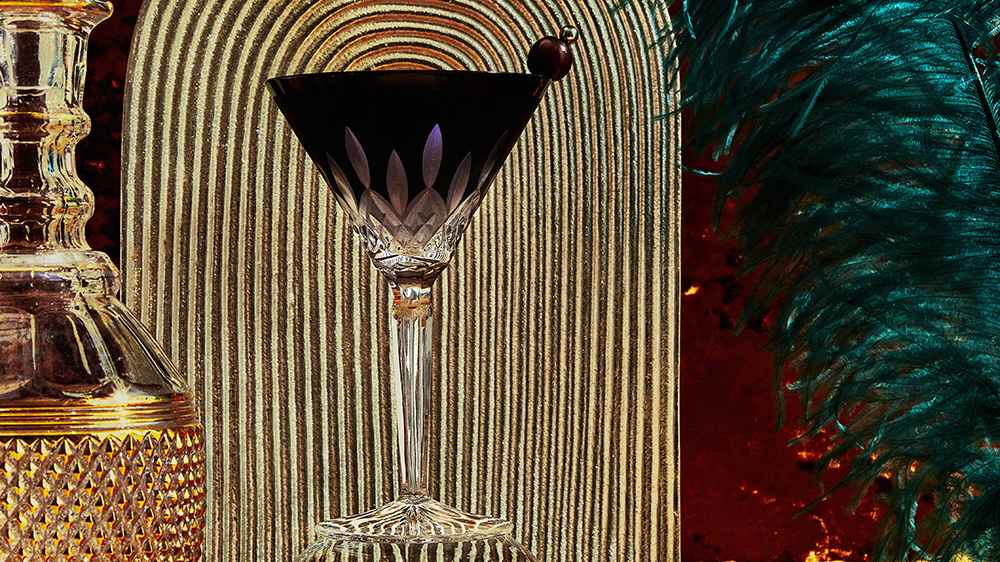 There are two things a cocktail requires to become a classic—it needs to taste great and it needs to have a great name.

Take the Sidecar as an example: Cognac, lemon juice and orange liqueur. The Sidecar is a classic—great name, great drink. Now, if you were to replace the cognac with gin, you would have a cocktail called the White Lady—still a pretty tasty drink, but the name is unfortunate, which is why you’ve probably never heard of it. Sidecars with whiskey don’t taste good enough to have a name, but Sidecar with tequila? Well, we call that a Margarita, and it’s among the most popular cocktails in the world. Not only is it amazing, but the word “Margarita” is evocative, and it rolls off the tongue. Would the Margarita have conquered the world it had been named it “El Secreto de Amor?” One tends to doubt it.

I say all that to say this: The Aviation is a classic cocktail, but it almost wasn’t. It was made, we used to think, from three ingredients—gin, lemon juice and maraschino liqueur, a simple gin sour with the liqueur instead of sugar—and invented in 1930, printed in Harry Craddock’s famous Savoy Cocktail Book. Craddock’s book was something of a holy text to mixologists in those early years of the cocktail revival, a vaunted tomb of some 700 long-dead cocktails, waiting to be unearthed and reanimated.

The Aviation was one of these, but it had two problems. The first was that it tasted pretty good, but it was forgettable—worth having once, not likely to be ordered again. The second was that no one had the faintest idea why it was named “Aviation,” so it was more confusing than evocative. These problems would persist until 2004, when historian David Wondrich discovered a previously unknown cocktail book that had an earlier Aviation recipe, published 14 years before the Savoy, by a bartender named Hugo Ensslin. His recipe had the familiar gin, lemon and maraschino liqueur, but contained a fourth ingredient, one that the Savoy omitted and that simultaneously solves the problems of both the uninspired flavor and the mysterious name: Ensslin added a couple dashes of the purple creme de violette which not only makes it delightfully floral, but turns the cocktail a pale sky blue.

You’re using at most 0.25 oz. (about a teaspoon and a half) of the creme de violette, but it’s difficult to overstate its effect. The gin provides the backbone, the lemon the necessary acidity and tension, and the maraschino gives a deep funky complexity. It’s the violette that provides top notes, a piccolo fluttering around the palate, a flavor that’s at once delicate and powerful. The others give it a good base, but the violette makes it a charmer.

As for the name—take yourself back to 1916. The Wright Brothers at Kitty Hawk were in 1903, and in the decades that followed, records were set and broken constantly as mankind began to realize the miracle of human flight. The word “Aviation” would’ve contained boundless promise for all those who looked at the color of the sky and dared to dream of possibilities. The fact that it now just as likely refers to someone in sweatpants hate-tweeting at Delta Airlines about weather delays is immaterial. This cocktail tastes like an earlier time, and combined with the name, stirs that long dormant sense of wonder. That’s why it’s a classic.

Gin: The persistant problem with making great Aviations is that it’s too easy to make it overly agressive—either too strong, too floral, too tart, or, miserably, sometimes all three. To avoid something too strong, you need a soft gin, one that doesn’t come bludgeon you with high proof and a ton of juniper. My favorite gin here is probably Plymouth, which is a little richer in texture and sits at a modest 92.4 proof and even then I cut the measurements down to 1.75 oz. from the standard 2 oz. If you can’t find that, try not to go north of maybe 45 percent, at which something like St. George Botanivore Gin would be great.

Maraschino: Maraschino liqueur is a liqueur made from the sour marasca cherry, which grows along the Adriatic Sea in Italy and Croatia. It is unusual among liqueurs in that it is distilled from cherries and not infused with them, so while other liqueurs generally taste like what they’re named for (orange liqueur tastes like oranges, etc), maraschino liqueur tastes like cherries the way bourbon tastes like corn—a little, maybe, but mostly it tastes earthy and funky and complex. As for what brand, the straw covered Luxardo is far and away the most popular and likely the only one you have access to without seeking out a specialty store. Fortunately, it works great. Others will work too, or not, based on the brand—I honestly don’t think I’ve ever made an Aviation with anything else.

Creme de Violette: A violet liqueur. Juicy and pungent and intensely floral. Use sparingly, please—if you use enough to make the cocktail an actual midday cobalt blue, the result will be undrinkable. Indeed, there are some people for whom the flavor is too pungent and can’t even take it at a quarter ounce, and for whom I’d actually recommend Craddock’s Aviation, without the violette (add a dash of orange bitters to make it a Casino Cocktail). But for everyone else, it’s delightful. Rothman and Winter makes a great version, as does Giffard. Note—there’s a similar product called Creme Yvette, which is indeed made with violettes, but also with citrus peel and berries and vanilla. It’s good, but I don’t like it as much for Aviations. Stick with creme de violette.
Simple Syrup: Another way to make Aviations poorly is to make them too tart. They are (generally) solely sweetened by two liqueurs, but the liqueurs are so intensely flavored, you may want more sweetness but you really don’t want any more of the flavor of either of them. Some people reduce the lemon, but then they risk becoming too strong—it’s a tricky balance. A popular solution, then, is to add a barspoon or two of simple syrup, which solves all those problems nicely.