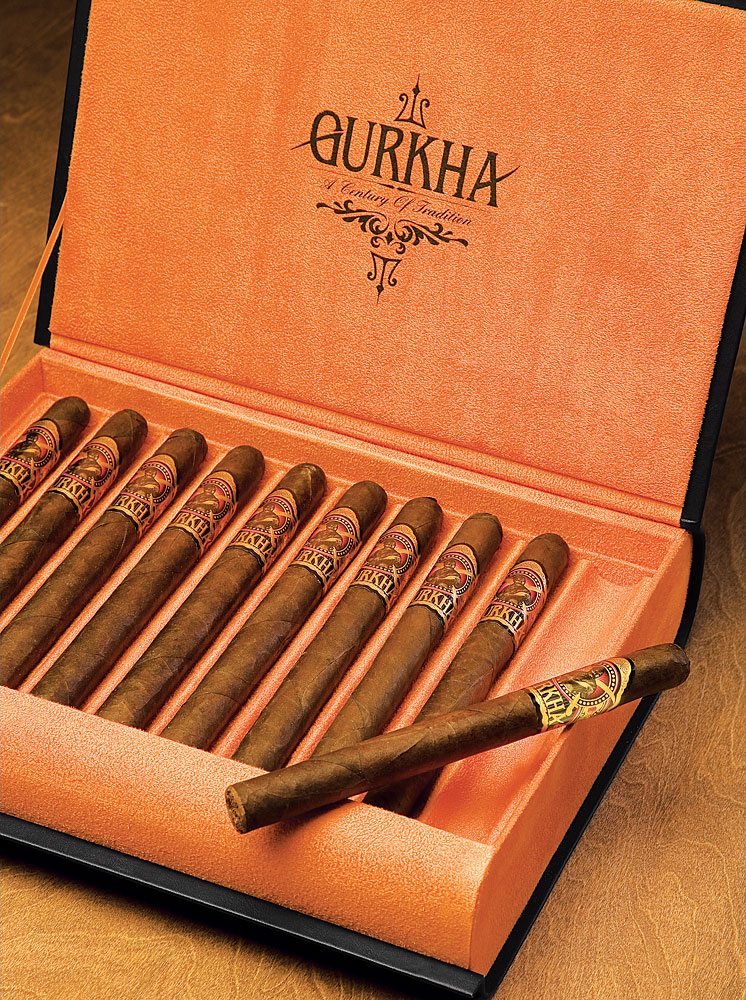 This year’s best of the best cigar-tasting event took place at the Shave of Beverly Hills, a modern echo of the elegant tonsorial parlors of Old Bond Street. Our panel of 11 cigar smokers gathered on a cool spring evening, settling into plush antique leather barber chairs while muted strains of Miles Davis and Thelonious Monk played in the background.

The 10 finalists were exceptional, even among the numerous premium cigars introduced since the last Best of the Best competition. As always, the tasting was blind—our hosts replaced the band from each cigar with a numbered white paper strip. Panelists used cedar matches and butane lighters, as fluid lighters and chemical-laden cardboard matches can taint tobacco flavors. Though milk is a commonly used neutralizer of the nicotine taste that lingers from cigar to cigar, our panelists opted for other cigar-friendly libations from the Shave’s wet bar.

Given the length and strength of the 10 finalists, panelists smoked only one quarter of each cigar. For these experts, the first few puffs were always the most intense, but after that, the tobacco mellowed and the warm smoke carried the taste. When it was over and the smoke had cleared, we were left with what undoubtedly are the very best of the best. —Richard Carleton Hacker

Cigar brands that possess heritages and have established traditions tend to laud those attributes. Witness the abundance of unadorned cedar boxes and archetypal band graphics, both presented as evidence of lineages that date to the 1880s. And then there is Gurkha, the Beach Cigar Group brand that continues to defy many of the cigar industry’s conventions. “The more crazy people think we are,” says company president and CEO Kaizad Hansotia, “the more successful we become.”

Outrageous packaging is a Gurkha hallmark; the company has enclosed its cigars in aircraft-grade aluminum boxes, frosted glass tubes with wax seals, and miniature treasure chests. But those presentations are tame compared to the Gurkha Black Dragon’s. The cigars come in a suede-wrapped box in a brazen shade of orange. It is as colorful as a tropical bird, and rarer than most: Gurkha annually will make only 2,000 boxes of each of four sizes, for a total of 8,000 boxes a year.

Key to the Dragon’s fire is its novel construction. All handmade cigars wrap their filler tobaccos in a binder leaf, which supports the wrapper and gives the cigar its shape and rigidity. The Black Dragon is unusual enough in that it has a Cameroon binder; leaves from that country are used almost exclusively for wrappers. But it also has a second binder, the origin of which Hansotia will not reveal because, he says, “People would think we’re nuts.”

Five of our 11 panelists ranked the Black Dragon as their favorite of the 10 cigars in our tasting, and three others placed the cigar among their three favorites. Although the panelists did not have a chance to see the Black Dragon in its box, they were impressed by the appearance of its well-fermented, oily Connecticut maduro wrapper. —Brent Butterworth