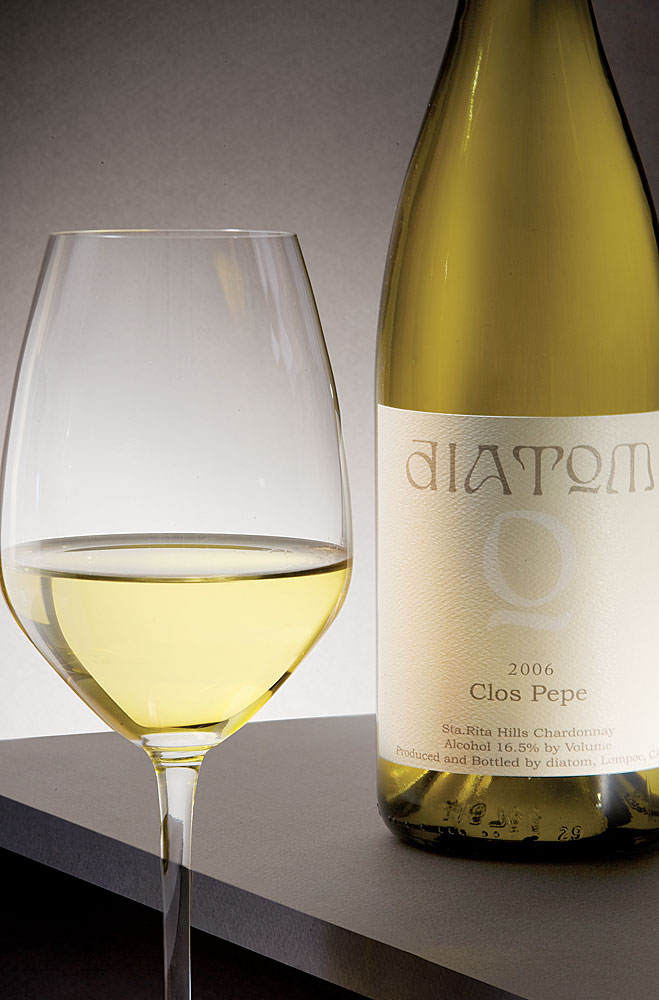 “The japanese sense of style is the accumulation of long and seriously beautiful aesthetic thought,” writes Truman Capote in his brief essay “Style: and the Japanese.” “Although . . . a principle basis of this thought is dread—dread of the explicit, the emphatic—hence the single blade ?of grass describing a whole universe of summer, the slightly lowered eyes left to suggest the deepest passion.”

A master stylist himself, Capote, during a visit to Tokyo and other points of note in Japan in the mid-1950s, succumbed, like so many other Westerners, to the beguiling simplicity of the reductive aesthetic of that so disciplined culture. Artists, it seems, are doubly susceptible: Henri de Toulouse-Lautrec, for instance, though he never visited Japan, adapted from Japanese calligraphy his love of lines, conveying with a few strokes, as in shorthand, depths of longing or dissipation. Even Greg Brewer—though his particular art involves grapes, rather than ink or paint—has taken from his time spent in Japan lessons in style that have informed not only his personal tastes, but the taste, texture, and bottle design of his wines as well.

“I love Japan,” acknowledges the winemaker, who, along with business partner Steve Clifton, founded Santa Barbara County’s cult wine label Brewer-Clifton in 1995. “I love the Japanese reverence for raw material and especially nature. And also the discipline of execution, which is almost stereotypically Japanese in some ways. I’ve always wanted to take that sensibility and infuse it into what I do.”

Brewer’s own winemaking project, a portfolio of single-vineyard Chardonnays called Diatom, represents the application of this minimalist aesthetic to his craft. He had considered the possibility of making his own wine for some time, but his responsibilities at Brewer-Clifton, one of the most highly regarded producers in the Santa Rita Hills appellation, as well as his duties at nearby Melville Vineyards, where he is also the winemaker, deterred him for years, until finally Clifton (who also owns his own label, Palmina) convinced him to do it. A great admirer of Chablis, Brewer chose to focus on Chardonnay. “In my heart of hearts, if I had one color to pick, it would be white,” he laughs.

His love for the precision of Chablis, unfettered by oak, provided a general direction for the style of Chardonnay he would produce from the Clos Pepe and Huber vineyards near Lompoc, Calif., both of which contribute to the Brewer-Clifton program. But the overarching idea derived from broader concerns. “What inspires me is transparency and minimalism and honesty of intent—honesty of expression,” he says. “I want to deliver a message of place.”

The place is a windy stretch of coastal hills that lie at the west end of the Santa Ynez Valley, whose mountain borders run east to west, rather than north to south. The ocean’s effect on Brewer’s wines is twofold: Not only does the marine influence provide cool growing conditions, but the soil, too, is oceanic in origin. Diatomaceous earth, resembling powdered chalk, is composed of diatoms—single-celled algae—that fossilized on the bottom of ancient seabeds millions of years ago. Because these microorganisms lend the wines grown in the area their unique minerality, Brewer chose to name his label after them.

In producing Diatom, Brewer had to reverse his training, picking the grapes when ripe in some cases, but in others choosing to mitigate their sweetness: “I love playing the game of tension between the flavors—savory, sweet, hot, cold.” The wine is fermented entirely in stainless steel, with no secondary malolactic fermentation, before aging in neutral vessels. Everything about the wines remains pure—white, if you will. Even the bottle: “There is an absence of black in the package,” Brewer notes. “White, soft grays on the label, white wax on the cap.”

Brewer’s methods and philosophy may seem extreme, but then so are his results. Like haiku that encapsulate in simple phrases whole ranges of feeling, these wines in their purity achieve an eerie transcendence that enables one to imagine that one is not tasting Chardonnay at all, but wind, soil, light. Still, one can identify in the Diatom 2006 Chardonnay Clos Pepe more decipherable flavors: first, lively lemon peel and key lime, then delicate brine, sweet sage, and a long, linear finish of calcium minerality that contracts, only gradually, to a pinpoint on the tongue. Pure poetry indeed.