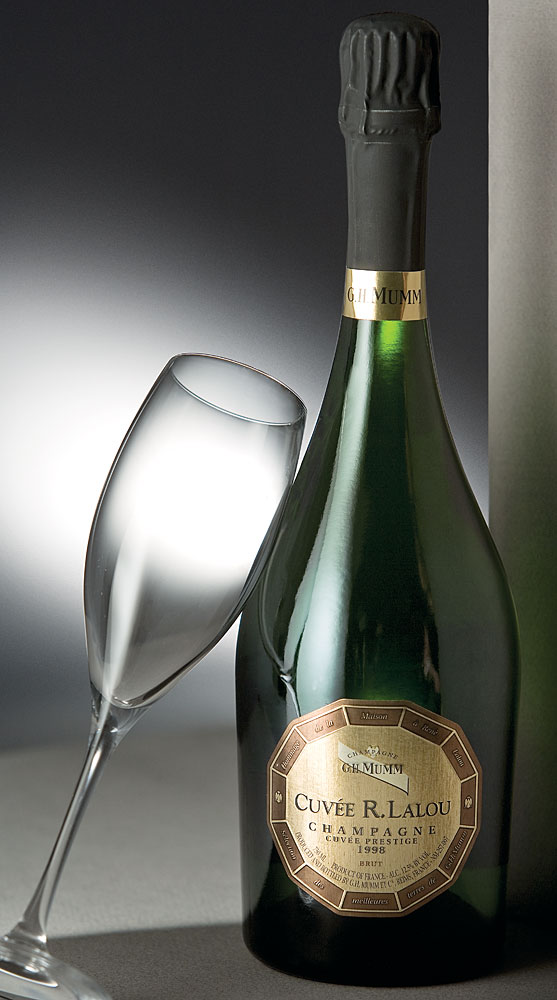 For a champagne lover, witnessing the birth of a new tête de cuvée elicits an excitement on par with that which an astronomer experiences upon discovering a new comet. This fine new tête de cuvée, crafted by chef de cave Didier Mariotti, is a contemporary reinvention of Mumm’s original prestige offering, Cuvée René Lalou. Named for the longtime Mumm chairman, René Lalou was last released in 1985. Much has changed in the world since then, and the arrival of this new, slightly renamed release represents a redefining moment for Mumm.

As head of the company for more than half a century, Lalou was instrumental in creating the Mumm house style. Lalou’s most significant contribution to the success of this German-founded house was identifying and isolating the individual parcels of grapes drawn from Champagne’s grand cru vineyards that would serve as the building blocks of the prestige wine, and then assembling them into a harmonious whole. His copious notes were carefully preserved as the eventual basis for a new blend.

In homage to the original, Mariotti was able to draw from 12 selected and individually vinified grand cru parcels for the new wine, as Lalou had intended. According to Mariotti, Cuvée R. Lalou was designed from the outset to be a gastronomic Champagne: It can work as either an aperitif or a dessert libation, but it is ideally intended to accompany foods throughout a meal. A blend of equal parts Chardonnay and Pinot Noir, the 1998 Cuvée R. Lalou is extremely elegant, with fine mousse and a heady nose of smoke, wood, and flint; shimmering, complex flavors of citrus, white fruit, and minerals grace the palate. No doubt even the exacting Monsieur Lalou would be pleased.