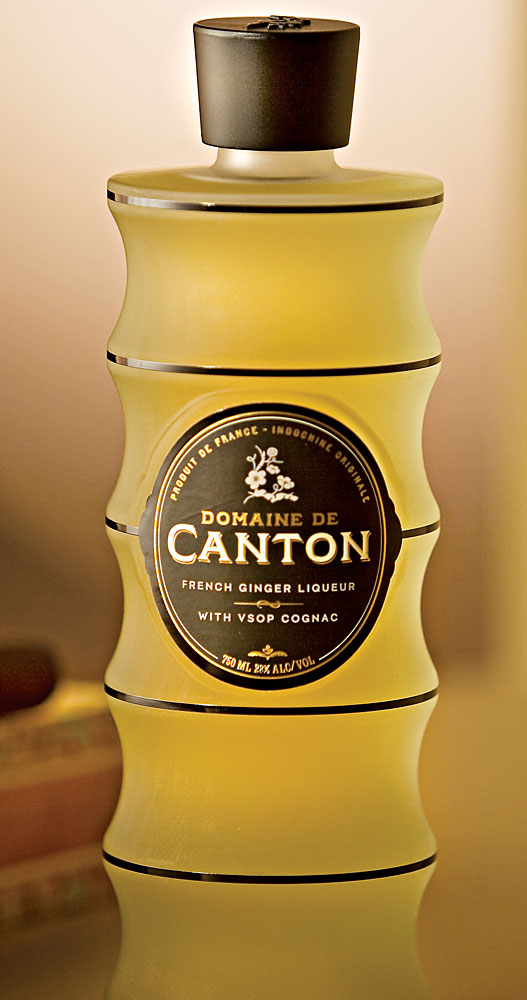 If young spirits entrepreneur John Cooper has his finger on the pulse of the liqueur category, it’s because he has it in his genes. As the president and CEO of Philadephia-based Charles Jacquin et Cie., his father, Norton “Sky” Cooper, was the developer and importer of the extremely successful raspberry liqueur Chambord (sold in 2006 to Brown-Forman for a tidy $255 million), and John’s brother, Rob, is the entrepreneur behind the much-talked-about elderflower liqueur St-Germain.

Last year, under the aegis of his own firm, Maurice Cooper et Cie., John Cooper launched Domaine de Canton, a delicious new liqueur made from Grande Champagne VSOP and XO cognacs and baby ginger from Vietnam. The lavish and distinctive spirit is also flavored with Tunisian ginseng, Tahitian vanilla, and a touch of honey. The elegant, satin-textured bottle suggests a bamboo stalk and adds a stylish accent to any bar.

Domaine de Canton is actually a revival story of sorts. In the early 1990s, the elder Cooper marketed a ginger liqueur produced in China and sold in the United States under the name Original Canton. The new Domaine de Canton, however, is based on a recipe originally from French-colonial Indochina and bottled at a more potent 56 proof. Moreover, this latest liqueur is produced not in China but in Jarnac, at the very heart of Cognac.

Domaine de Canton ($29) has a sexy ginger nose and intense, sweet ginger flavor, accompanied by a touch of vanilla and definite heat. This very contemporary liqueur, which melds with a wide variety of ingredients, will certainly inspire mixologists to dream up ever more creative concoctions. However inventive the cocktail, though, the best way to enjoy this exotic beauty may be on its own over ice.