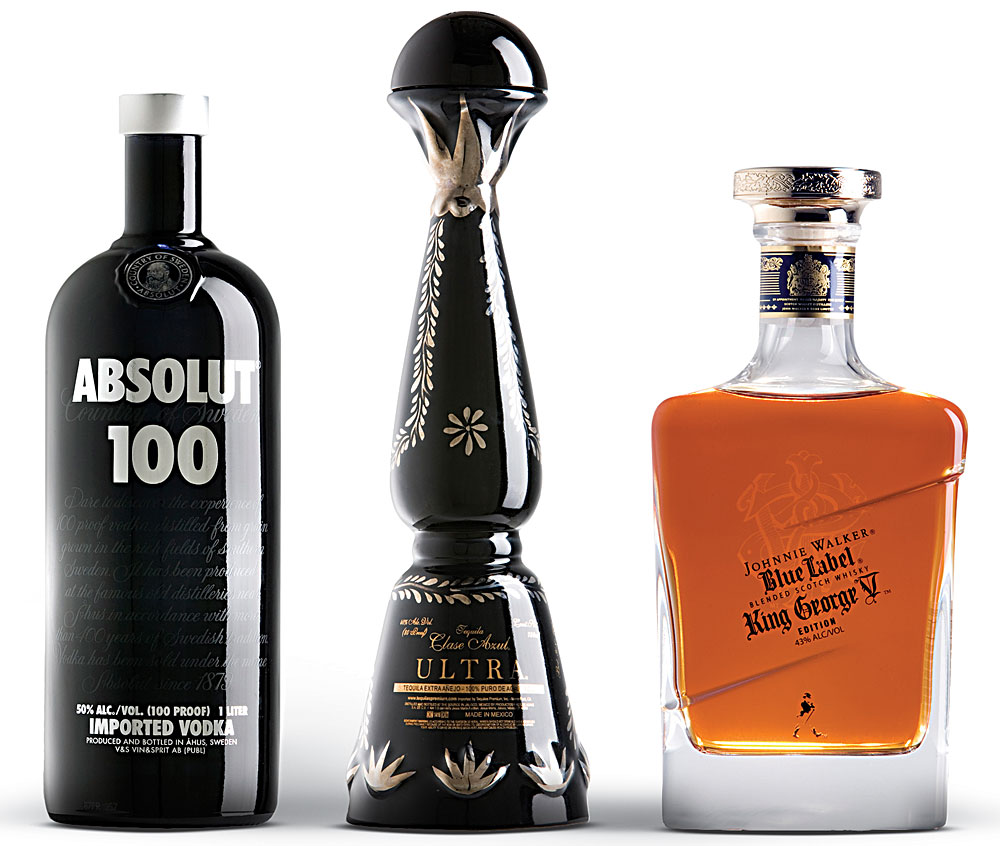 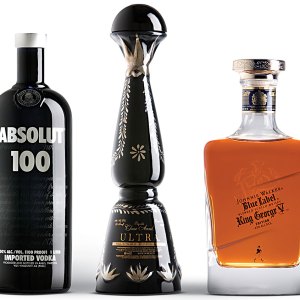 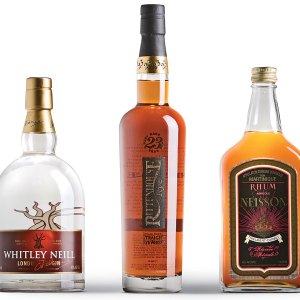 Absolut vodka has become a modern classic, thanks not only to its famous and relentlessly inventive ad campaign but also to its smooth, clean, all-natural flavors. However, even an icon as absolute as Absolut cannot rest on its reputation. Parent company Vin & Sprit (which Pernod Ricard purchased from the Swedish government for $8.34 billion this spring) has over the years introduced several beautifully made flavored versions of its celebrated vodka, from Peppar to Apeach; but recently it turned back to the basics with the launch of a new 100-proof sibling to the original: Absolut 100 Vodka (www.absolut.com, $30).

Like the original product, this high-octane version is crafted from winter wheat grown in southern Sweden and is subject to the same proprietary continuous distillation process, a technique pioneered by Absolut in 1879. The black-coated bottle looks very nearly like a photographic negative of the original, as if this new version arrived from some parallel vodka universe where all things transparent have become shrouded in mystery and power. But only the bottle is black; the vodka is crystal-clear.

Absolut 100 is an eminently mixable spirit that imbues classic cocktails and more elaborate contemporary mixed drinks with nerve and daring. The taste is bold but smooth on the palate, with an aromatic citrus-spice flavor and a clean, mellow texture.

Clase Azul Tequila Ultra (www.tequila?ultra?.com, $1,800) is a bright reddish-amber extra-añejo—a new category for “ultra-aged” tequilas with three years or more in wood. It exhibits a roasted, aromatic nose followed on the palate by a creamy texture and flavors of toasted oak, vanilla, spice, caramel, agave, and honey. The packaging—a numbered, autographed, hand-painted Talavera ceramic bottle with an artist-designed silver agave medallion and 24-karat-gold label—is as distinctive as the spirit. The first release included just 100 bottles, of which only a handful remain. This extra-añejo is complex, elegant, dramatic, and worth the search.

Fans of single malts may have their own personal favorites, but most will agree that the extraordinary whiskies of Highland Park are among the world’s greatest Scotches. This distillery, on the moody, primal isle of Orkney, is the northernmost in the world, and one of only a handful where labor-intensive turning of malt is still done by hand. Aged 50 percent in sherry casks, the savory Highland Park 25 Year Old Scotch Malt Whisky (www.highlandpark?.co.uk, $230) packs amazing flavors of toffee, caramel, marzipan, light smoke, spice, and vanilla, while its dense, creamy texture coats the tongue.

This special edition of Johnnie Walker Blue comprises whiskies sourced only from distilleries operating during the reign of England’s George V (1910–1936). Some of them, such as the Port Ellen distillery on the island of Islay, have been long closed; thus, Johnnie Walker Blue Label King George V Edition Scotch Malt Whisky (www.johnniewalker.com, $600) offers connoisseurs a rare glimpse into Scotch whiskies past, while at the same time commemorating the appointment of John Walker and Sons as purveyors of whisky to the royal household in 1934. Deep amber in color, it is fragrant and smooth, with meaty texture and lovely depth. The palate is toasty and rich, with sweet caramel, treacle, oak, and spice. Fit for a king.

Distilled from fresh sugarcane juice rather than from molasses, the artisanal rums of the French-owned island of Martinique have earned their own Appellation d’Origine Contrôlée: Rhum Agricole AOC. The family-owned Neisson distillery (the smallest on the island) was founded in 1931, making it a relative latecomer; but it is highly regarded for its hands-on approach. Neisson Rhum Agricole Réserve Spéciale (www.neisson.com, $65), a deep, gorgeous reserve, is a blend of rums aged up to 10 years in a combination of American and French oak barrels. Medium amber in color, it shows glorious spice on the nose and long, complex flavors with sweet treacle notes.

Following the enormous success of its 21 Year Old Single Barrel Rye, released two years ago, Rittenhouse has introduced yet another stunner: Rittenhouse 23 Year Old Single Barrel Rye (www.heaven-hill.com, $170). Only 25 barrels of this whiskey are available, each of them dumped and bottled one at a time. All were stored on the lower floors of Heaven Hill’s prime “OO” rickhouse, where the less variable temperatures lead to more even maturation. Sweet and smoky with spicy, toasted American oak, rich dried-fruit tones, floral notes, and flavors of rye, caramel, and vanilla, this is a true American masterpiece.

As gins go, Whitley Neill London Dry Gin (www.whitleyneill.com, $29) is still a baby. The company was founded in 2004, but Johnny Neill’s family has a distilling history that dates to the mid-18th century. Produced in minuscule batches in an antique copper alembic, this gin contains two African botanicals—baobab fruit and Cape gooseberry—in tribute to the South African roots of Neill’s wife. Other components include juniper, coriander, lemon and orange peels, orris and angelica roots, and cassia bark. The result is an aromatic and creamy spirit with lovely sweet fruit and vanilla spice. The complex, expressive flavors show great depth and elegance. A phenomenal sipping gin.