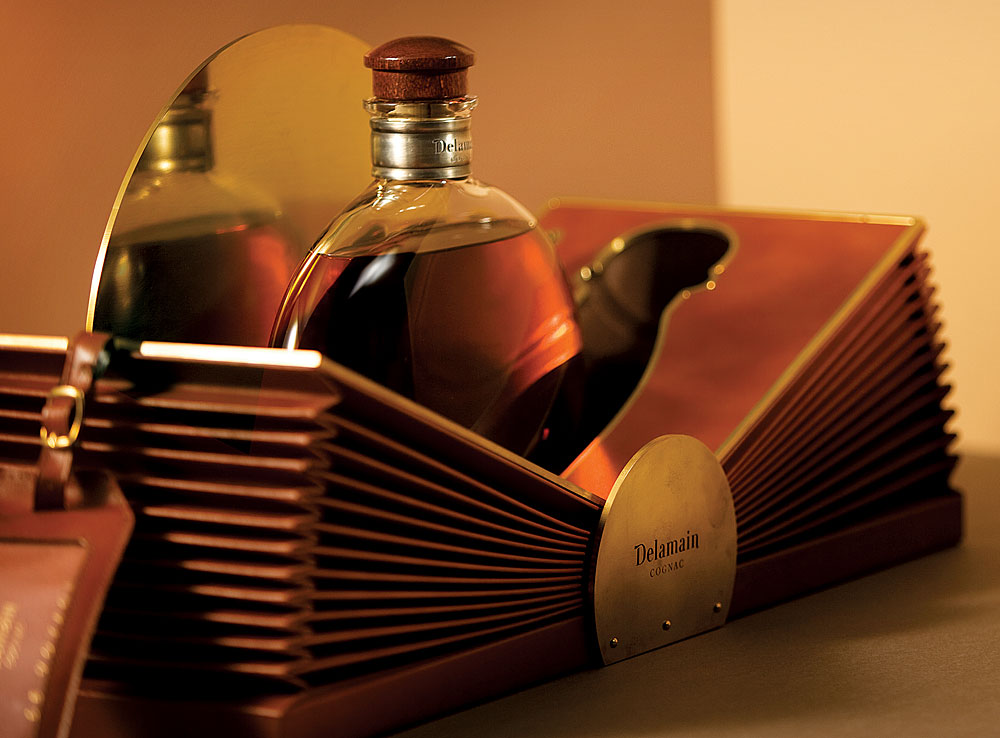 The protestant Delamain family fled the Huguenot persecution in 17th-century France and began an illustrious career of public service in the British Isles, chiefly in Ireland, under the protection of the royal family. In 1759, the young James Delamain, whose father, William, had been marshal of Dublin, journeyed back to the family’s original home in Jarnac, France. Here, in the heart of Cognac, he partnered with négociant Isaac Ranson to create the firm of Ranson & Delamain, sealing the deal by marrying Ranson’s daughter.

Although the firm has suffered numerous vicissitudes throughout its history, having been liquidated and then re-formed in the early 19th century, it has nevertheless endured as a family-owned house, and remains under the control of James Delamain’s direct descendents today.

The company celebrates its founder’s journey back to France with the exquisite Le Voyage de Delamain. Although Delamain does not publish the exact ages of the components of Le Voyage, the firm’s blending team selects the components for this Cognac from the many long-aged eaux-de-vie resting in large, well-sealed glass demijohns in the house’s cellars near the Charente River. (Originally chosen for ease of transport, the location of the cellars, with their perfectly balanced temperature and humidity, has proved ideal for the aging and development of Delamain’s eaux-de-vie.)

The voluptuously rounded Baccarat decanter for Le Voyage, produced in a limited edition of 500, is housed in a bellows-style leather casket that suggests the luggage that would have been used by James Delamain on his original voyage. Le Voyage itself packs leather, musk, and cherry-strawberry perfume alongside gobs of ripe fruit, toasty wood, unctuous vanilla, and layers of spice. Sublime.