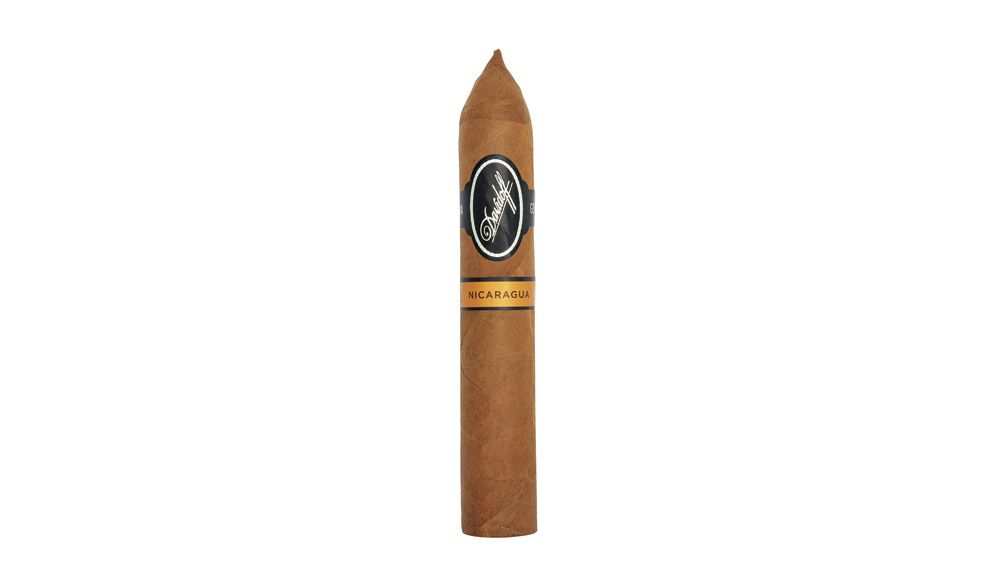 Since departing Cuba in the 1990s, the company now known as Oettinger Davidoff has focused on the Dominican Republic, with the master blender Hendrik “Henke” Kelner overseeing production of the brand’s wide range of Dominican cigars. So it came as a surprise last year when the brand released Davidoff Nicaragua (www​.davidoff.com, $9.90 to $16.50), a new line of Nicaraguan puros.

Nicaraguan tobaccos can be rough around the edges because of the country’s volcanic soil, but there are no flaws with the Davidoffs, which are produced in the Dominican Republic under Kelner’s supervision—from the curing and aging of the tobaccos through the hand rolling of the cigars. Davidoff offers the cigar in three shapes: toro, robusto, and short corona. The cigar features a 10-year-old Habano-seed wrapper, a Jalapa binder, and a filler of tobaccos from Estelí, Condega, and the volcanic island of Ometepe. The flavor is pepper forward, which is characteristic of Nicaraguan tobaccos, but it also features an underlying sweetness and a smooth finish that are usually not associated with that country’s cigars.