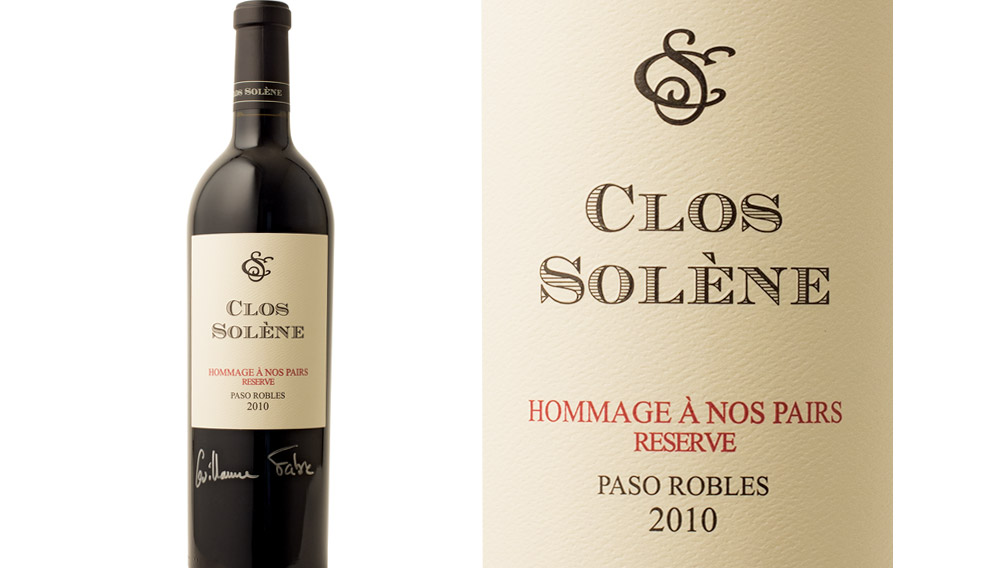 Wine is often cloaked in a mantle of romance by marketing directors who are intent on moving inventory. True romance, however, does occasionally emerge from the vineyards, as the vintners Solène Christophe-Fabre and Guillaume Fabre well know. The couple, both natives of France, met among the vineyards of Bordeaux shortly before Guillaume traveled to the Paso Robles region of California to play a part in that area’s emerging wine industry. When the two encountered one another again, they decided to return together to the United States to establish a label of their own. The Clos Solène 2010 Hommage à Nos Pairs Reserve (clossolene.com, $95), a Rhône-style blend of Syrah, Grenache, and Mourvèdre, resounds on the palate with impassioned flourishes of black fruit—cassis, boysenberry, dried blueberries—tempered by more subtle motifs of chocolate, licorice, and porcini mushroom.