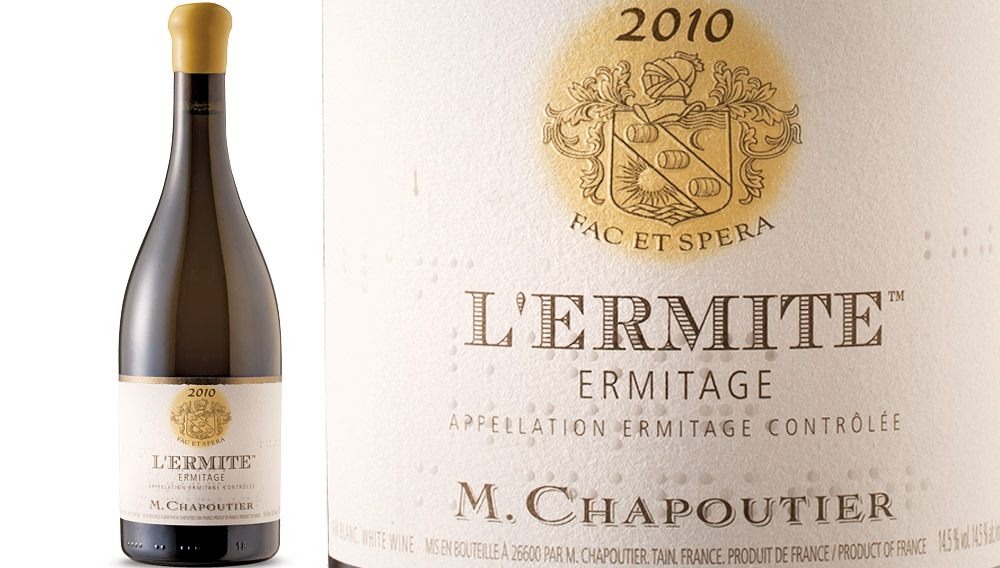 Some years ago, the tide of opinion turned against Merlot after a scene in the film Sideways convinced audiences that well-tutored palates avoid this varietal. Today, Syrah has met a similar fate, falling out of favor with U.S. consumers. Yet, just as many of the world’s most captivating reds are produced from Merlot—Château Pétrus and Massetto included—so are many phenomenal reds fermented from the inky juice of the grape that romantics once supposed came to France from Persia by knights returning from the Crusades. Undoubtedly one of the finest modern examples of pure Syrah from the Northern Rhône can be found in the cellars of M. Chapoutier, whose proprietor, Michel Chapoutier, is a staunch advocate of single-varietal wines in an area better known for its blends. Like the 2009 Le Pavillon, which appeared at the top of last year’s Best of the Best list, the M. Chapoutier 2010 Ermitage L’Ermite (www.terlato-mchapoutier.com, $440) stuns the senses with aromas of sun-warmed wild blackberries, sweet tobacco, and charred bread, as well as flavors of ripe plum, hoisin, and game meat layered over a massive structure.