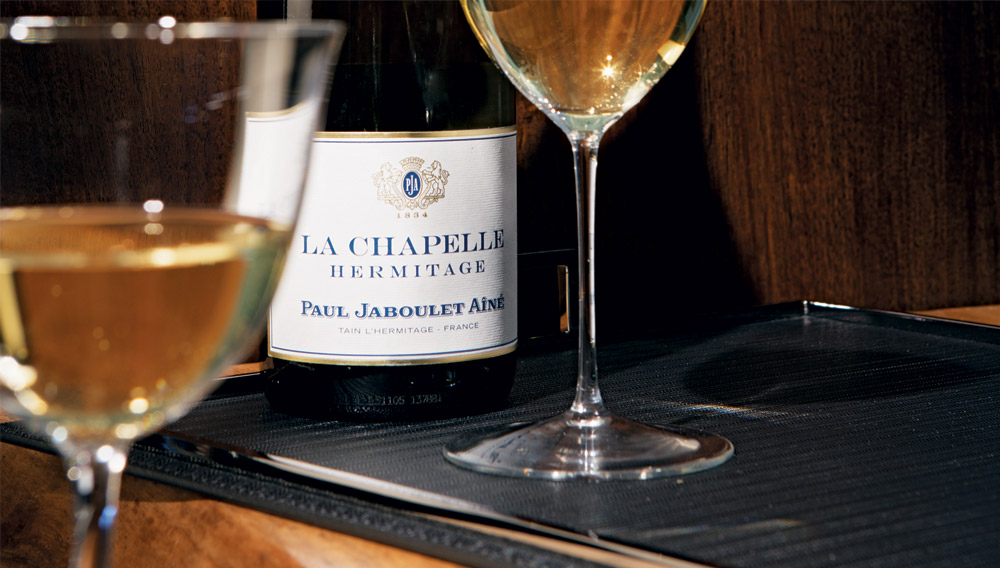 In 1834, when Antoine Jaboulet established himself as a grower and négociant, he more than likely never imagined that he was founding one of France’s most notable viticultural dynasties. His firm later came to be known as Paul Jaboulet Aîné when one of his twin sons named the company for himself. Over the decades, the family flourished, adding more than 245 acres of vineyards to its holdings and gaining a reputation for quality that rested in large part on its wines from the northern Rhône, most notably those from Crozes-Hermitage and the glorious but costly Hermitage La Chapelle.

The latter site is located in what remains of one of the world’s most storied and beloved appellations, Hermitage, which is situated on a hill composed primarily of granite on the east bank of the Rhône River south of the city of Lyon. Pliny the Elder observed that this place was home to some of the most celebrated vineyards of the first century and that the wines from there commanded high prices in ancient Rome. Named for the chapel of Saint-Christophe, which was supposedly constructed by a 13th-century knight, La Chapelle is an assemblage of important vineyards on the hill’s slopes; it has long been regarded as the crown jewel of this oenological enclave—one that came into the sole possession of the Jaboulets in 1919. The powerful mystique of this plot of land is difficult to convey to non-oenophiles, but its wine’s seductive flavors and immaculately balanced structure encouraged some of the 18th-century vintners of Bordeaux to add a portion of the wine to their own barrels to enhance the complexity of the contents. More recent vintages—1961, 1964, 1982, and 1990—induce collectors to part with princely sums that no doubt would have astounded even the Roman patricians of Pliny’s day.

After 1990, however, the red wines of La Chapelle seemed to suffer a sea change that left them anything but rich and certainly strange. These vintages—especially 1999, an exceptional year for the region as a whole—were disappointingly thin, unfocused, and uncharacteristically sweet. For this reason, in 2006 the industry and consumers alike welcomed a development that, under any other circumstances, would have elicited widespread protest: the end of 172 years of family tradition. Faced with a hefty inheritance tax, the Jaboulets sold the company to the family of the Franco-Swiss financier Jean-Jacques Frey, owner of Château la Lagune in Bordeaux and a partner in Champagne Billecart-Salmon. Under the supervision of Frey’s daughter, Caroline, an accomplished winemaker, the entire Jaboulet portfolio has been reinvigorated. Her influence is most keenly discerned in La Chapelle, the most recent wines from which display the grace and sparkle that have made them the holy grails of the Rhône. Indeed, one of the decisions for which wine lovers remain in the Frey family’s debt is the revival in 2006 (an outstanding vintage for white wines in the region) of Blanc La Chapelle, which the Jaboulets discontinued after 1962.

The 2010 vintage of this super white ($420) from the northern Rhône equals the best of its red siblings in terms of structure, depth, and potential longevity. This 100 percent Marsanne is almost unbelievably opulent, perfumed with scents of white peach, orange blossom, lychee, mint, and white pepper. The palate is smooth, honeyed, and brimming with flavors of apricot jam, tangerine, fresh ginger, and grapefruit, while tealike tannins ensure that this regal wine will age for decades to come.