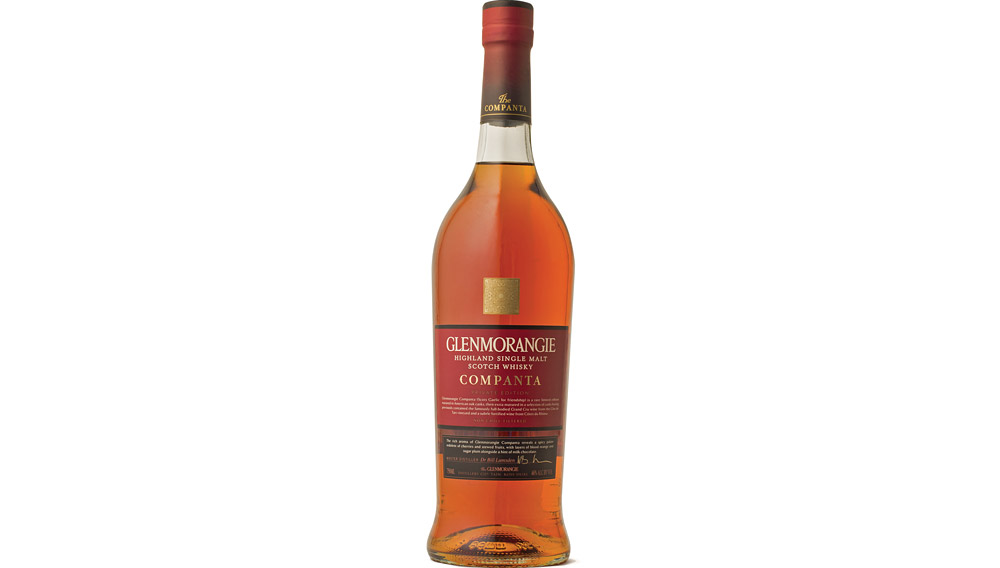 Ever since the launch of his Port Wood in 1995, Bill Lumsden, head of distilling and whisky creation for Glenmorangie, has produced some of the most innovative and flavorful wine barrel–finished single malts in the industry—a regime that has since been adopted by other practitioners. In the past, Lumsden has used barrels that previously held such august wines as Château d’Yquem and Château Margaux, but his latest release—the fifth in Glenmorangie’s award-winning Private Edition series—benefits from his most elegant finishing to date. Glenmorangie Companta (www.glenmorangie.com, $99), whose name means “friendship” in Scots Gaelic, reflects Lumsden’s long association with many of the winemakers in France: This single malt, redolent of Glen­morangie’s signature honeyed heather and spice, has been allowed to mellow and evolve in Clos de Tart and Rasteau Grenache barrels. These two complementary whiskies were then vatted together to marry Clos de Tart’s full-bodied richness and Rasteau’s delicate sweetness. The result is a 92-proof, non-chill-filtered single malt burgeoning with dried-prune, apple, and lightly smoked cedar essences that linger on its remarkably long finish.