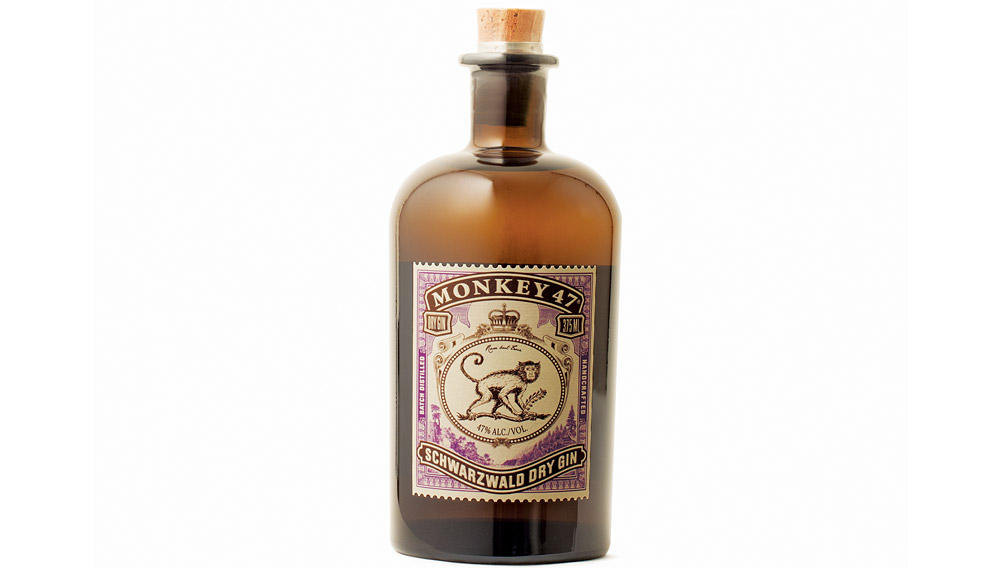 In spite of its name, Monkey 47 (www.monkey47.com, $45 per 375 mL) should be taken seriously. Although this is a German gin, it took its inspiration from the late Montgomery “Monty” Collins, a wing commander of the Royal Air Force, who produced a rudimentary gin while working with a local distiller in Germany’s Black Forest after World War II. Unable to procure all of the botanicals traditionally used to flavor the spirit, he improvised, naming the finished product for a favorite monkey in the Berlin zoo. The recipe’s 47 botanicals—which include such atypical ingredients as lingonberry, grain of paradise, and spruce shoot, as well as some of the typical ones, such as juniper—are all macerated in a proprietary mixture of molasses alcohol, aged three months in earthenware jars, then cut to 92 proof with soft limestone-filtered water from a spring near the distillery by the eastern border of the Black Forest. We first encountered this recently rediscovered spirit last year at Papa Doble in Montpellier, France, where it was all the rage in a bar better known for its rum selection. Yet the martini served by the owner, Julien Escot, caught our notice. Having achieved fame in Europe, Monkey 47 has now arrived in the United States, albeit only in 375 ml bottles.