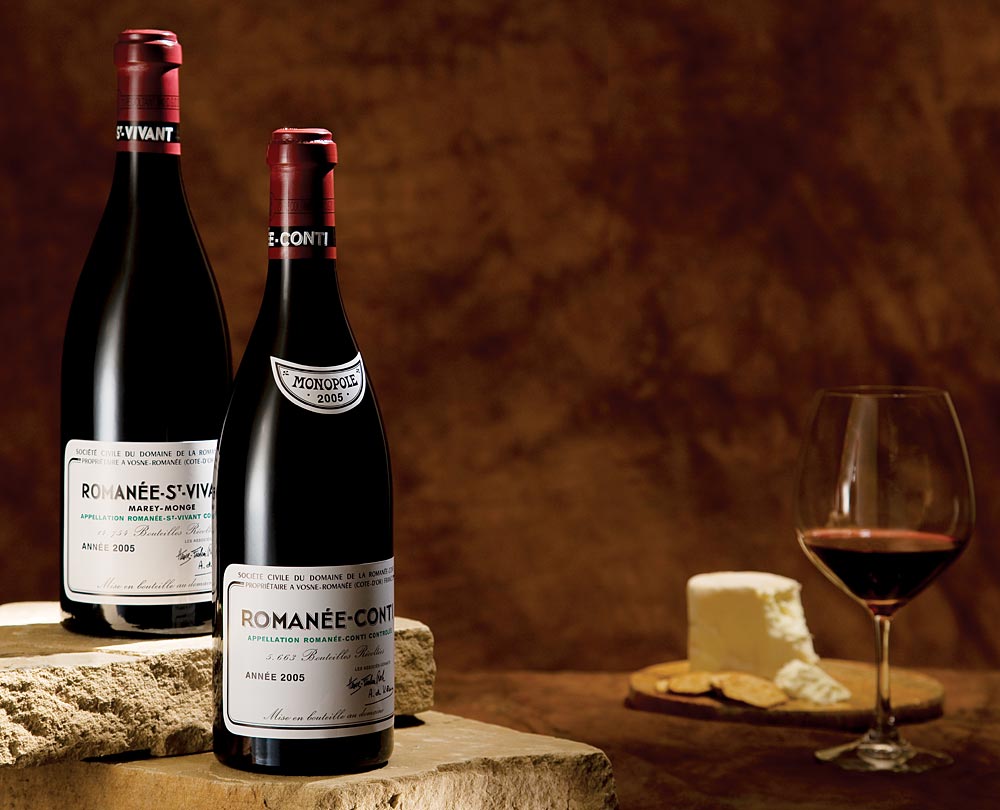 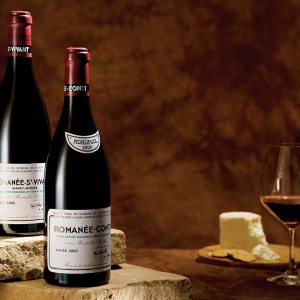 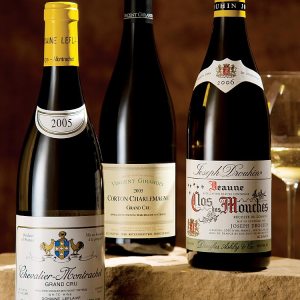 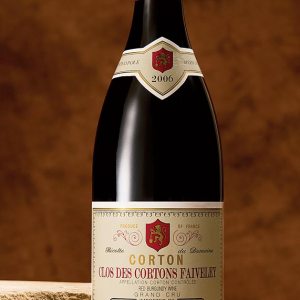 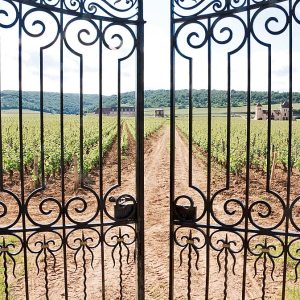 Each November, an extraordinary event takes place in the town of Beaune, France. This event—an auction—has deep roots in the region; it benefits the Hospices de Beaune, a charitable foundation established in 1443 by Chancellor Nicolas Rolin of Burgundy to maintain the Hôtel-Dieu, a magnificent 15th-century hospital complete with Gothic spires and a colorfully tiled roof. To provide for this admirable institution, Rolin endowed it with vineyards; eventually, local vintners began to contribute to the cause from their own wineries, and 148 years ago this tradition was formalized as a charity auction, which, until recently, was held in the great hall of the Hôtel-Dieu itself.

While charity furnished the original impetus, the Hospices de Beaune auction has become one of the most prestigious engagements on the European social calendar: The attendees— négociants from around the globe and sunglasses-wearing celebrities of every stripe and spot—study their catalogues with the zeal of chronic gamblers handicapping a race. But the auction also has grown into the financial bellwether of the Burgundian wine industry. As the Hospices auction goes, so go the prices of Burgundy, and the momentum has generally been upward, as aficionados with a thirst for this wine of kings will have discovered if they purchased any significant bottles in the past decade or so. Even last year, despite a difficult 2007 harvest, the prices for red Burgundy rose a breathtaking 38 percent over 2006, which, in turn, saw a 55 percent increase in the take for red and white wines over 2005.

Now that the wines of the 2005 vintage and a handful from 2006 have reached the general marketplace, collectors can judge for themselves the accuracy of the Hospices auction as a gauge of cost. It is significant that 2005, perhaps one of the greatest Burgundy vintages in decades, was the first year in which nonprofessionals were allowed to bid at the Hospices, for international demand among private collectors (particularly Chinese and Russian) has multiplied the prices of these wines at near-geometric rates. Even the 2006 wines—the best of them elegant and deliciously approachable, if not quite the blockbusters that their older siblings are—have begun to climb, showing every indication that their prices, too, will reach stratospheric heights.

On the following pages, we profile 25 of our favorite red and white Burgundies—?21 from the 2005 vintage and four outstanding early releases from 2006. Because of the scarcity of these wines, collectors in many cases will have to be persistent in locating them, usually through private dealers or auction houses. Where the current market price of a given wine varies considerably from the original price set by the producer at the time of release, we have furnished an estimate of the current asking price, which, of course, is subject to change according to market dynamics.

Bouchard Père et Fils Chambertin Clos de Bèze 2006. Bouchard has frequently been included on our “Best of the Best” lists, thanks to the prowess of winemaker Philippe Prost, who has managed to coax spectacular results from both the 2005 and 2006 vintages. The 2006 Chambertin Clos de Bèze is quite forward, offering a nose of raspberry and chocolate with hints of lavender. On the palate, this very drinkable wine combines notes of smoked meat, tobacco, and spearmint. Release: $600, pre-arrival.

Joseph Drouhin Grands Échézeaux 2005. During his tenure as head of his grandfather’s firm, Robert Drouhin added a number of parcels in such prestigious appellations as Grands Échézeaux. This red-black elixir perfectly embodies the power and subtlety of the 2005 vintage, blending floral aromas with blackberry and licorice and ending with a long, delicate finish. Release: $320. Estimate: $425.

Joseph Drouhin Griotte-Chambertin 2005. This vineyard is named for the wonderful cherry flavors expressed in the wines that grow here (a griotte is a cherry commonly used for making preserves). This character takes the form of a lozengelike sweetness in the 2005 vintage, which abounds with red fruit and roses, while wild mushroom, anise, and orange peel furnish contrasting elements of earth and spice. Release: $280. Estimate: $430.

Domaine Claude Dugat Charmes Chambertin 2005. Named one of the world’s top 100 winemakers in our November 2007 issue, Claude Dugat hails from a family with roots in viticulture that run deep. Dark, meaty, and luscious with blackberry, the 2005 Charmes Chambertin enfolds the senses in a luxurious, silky blanket of sensation. Release: $275. Estimate: $900.

Domaine Dujac Clos St.-Denis 2005. Clos St.-Denis, a grand cru vineyard within the village of Morey–St.-Denis, has a reputation for yielding lighter, more delicate wines than, say, Chambertin. The 2005 vintage from Dujac, however, contradicts this perception: It is brilliant red in color, with black-cherry and raspberry flavors mingled with sarsaparilla, licorice, cocoa, and coffee. Release: $250. Estimate: $1,000.

Domaine Faiveley Corton Clos des Cortons Faiveley 2006. While a new generation of the Faiveley family has taken over the firm (the seventh, in fact, to do so), the commitment to exacting quality remains the same, as evidenced by the Corton Clos des Cortons Faiveley. Ripe cherry abounds, as do flavors of strawberry and rhubarb, which precede a lengthy finish of mint tea. Release: $175.

Domaine de la Romanée-Conti Romanée-Conti 2005. From the greatest producer of red wines in Burgundy, this monopole red exudes a dark, dense, complex medley of aromatics that range from plum and black cherry to dried meat, fennel, rosemary, white pepper, and buttered popcorn. On the palate, this velvety wine is full of red cherries and red currants, with hints of bay leaf and espresso. Release: $3,650–$4,300. Estimate: $12,500.

Domaine de la Romanée-Conti Romanée-St.-Vivant 2005. This wine, which can sometimes be a bit astringent, comes into its own in the 2005 vintage with uncharacteristic opulence. Similar in color to the Grands Échézeaux 2005, the Romanée-St.-Vivant sends to the nose intense floral perfumes, as well as black cherries, strawberries, and bittersweet chocolate. The palate bursts with black cherry, and the wine’s texture can only be described as voluptuous. Release: $950–$1,100. Estimate: $2,000.

Domaine Georges Roumier Bonnes Mares 2005. This red packs a velvet-glove punch. Its aromas are heady and potent—a concentrate of wild blackberries, cinnamon bark, and rose—yet the palate remains dense, tight, and tannic, as one would expect from a Burgundy built to age. Release: $275. Estimate: $1,500.

Domaine Comte Georges de Vogüé Musigny Vieilles Vignes 2005. Domaine Comte Georges de Vogüé is one of Burgundy’s thoroughbreds. This old-vine Musigny is dominated by red fruit (raspberry, Bing cherries) made all the more sweet by the gentle bite of pepper. Richly saturated and massively structured now, this ample Musigny will flower in decades to come. Estimate: $1,900.

Bouchard Père et Fils Chevalier-Montrachet 2005. Chevalier-Montrachet, a grand cru vineyard that lies above the sacred ground of Le Montrachet, is steeper and contains less topsoil, reducing yields and, generally speaking, increasing quality. This magnificent example from Bouchard encapsulates the style of Chevalier-Montrachet, which is less rich than that of its legendary neighbor but elegantly appointed with jasmine and lime aromas and white-peach and cool mineral flavors. Release: $570.

Domaine Jean-Francois Coche-Dury Meursault Les Perrières 2005. One ??of the finest producers of white Burgundy, Coche-Dury produces wines that are pure, precisely delineated, and subtle even in their opulence. The 2005 Meursault Les Perrières epitomizes this ideal: Cool, mineral, and citrus-sweet, its restraint and sturdy structure make this white a candidate for extended cellaring. Estimate: $1,900.

Joseph Drouhin Montrachet Marquis de Laguiche 2005. The renowned richness of the Montrachet vineyard is gloriously manifest in the 2005 vintage. Pineapple and lemon cream greet the nose, while the palate is awash in a dense, creamy bath of tropical fruit and mineral that culminates in an unbridled sensory climax. Release: $667.

Joseph Drouhin Beaune Clos des Mouches Blanc 2006. Clos des Mouches is a premier cru vineyard owned entirely by the Drouhin family, who produce both a red and a white wine, the characters of which can be playfully spicy. The newly released 2006 vintage exhibits this spiciness in its aromas of grilled brioche, ginger, and white pepper. The palate is supple and fresh with peach fruit and vanilla, the finish long and mineral. Release: $97.

Domaine Vincent Girardin Corton-Charlemagne 2005. Vincent Girardin is a true innovator in a region notoriously resistant to change. His winemaking philosophy marries contemporary cleanness with classic structure. The 2005 Corton-Charlemagne gives off the scented sweetness of an apple orchard at harvest, while the ripe, balanced palate enjoys a bracing acidity that carries through the long finish. Release: $120.

Domaine Louis Jadot Chevalier-Montrachet Les Demoiselles 2005. The bouquet of this exquisite Chardonnay from Les Demoiselles is less about lushness than it is about intensity. The fruit—mango, peach, and pineapple—is dense and dried, accompanied by toasted hazelnut and traces of almond paste. The palate is buttery at first, but finishes on a cool, cerebral note of wet granite.

Domaine Leflaive Chevalier-Montrachet 2005. This offering from Domaine Leflaive, whose wizardry with whites is matched only by a handful of other producers, reveals a mouthwatering nose of lemon meringue, wild honey, and fragrant florals. Lemon and white-peach flavors adorn the palate of this long-finishing, perfectly balanced white. Release: $480. Estimate: $600.

Domaine Pierre Morey Meursault Les Perrières 2005. This complex and satisfying Meursault flirts with austerity, its citrus aromas somewhat undercut by those of damp stone—a nod, perhaps, to the vineyard’s name, which means “quarry.” This restrained minerality carries through on the palate, enhancing the ripe Asian pear and lemon fruit, while lending fine layers of flavor to the lengthy finish. Release: $135.

Exclusive: Basil Hayden Just Changed Its Recipe, and We Got the First Taste