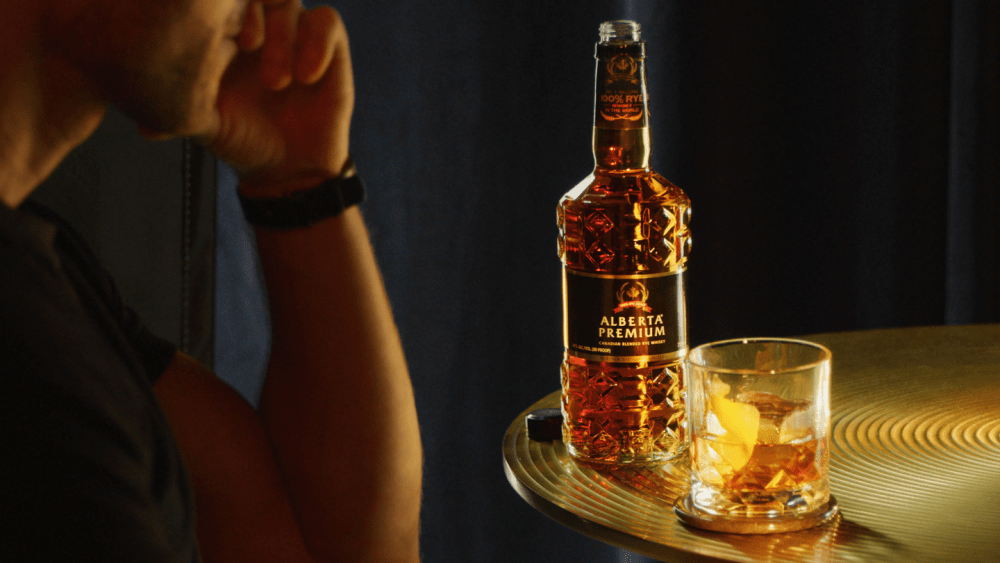 Last spring I had a chance to try the strongest whiskey I’ve ever tasted. It wasn’t some high-octane barrel-proof bourbon, or new make scotch fresh off the still or even one of the recent ABV bombs that Jack Daniel’s has unleashed upon the masses. No, this was a 23-year-old single-barrel Canadian rye whisky, as unlikely a suspect as that might sound. And despite this liquid clocking in at a staggering 84 percent ABV (168 proof), it was actually sort of, kind of weirdly drinkable. Not that I’d recommend anything more than a tiny sip or two, of course, but surprisingly my tongue didn’t burst into flames and I was even able to pick up some notes of spice, caramel and a hint of grape candy.

The setting was one of the warehouses at Alberta Distillers Limited (ADL) in Calgary, part of the Beam Suntory conglomerate and one of that country’s largest distilleries and most prolific producers of Canadian rye whisky. Many people think of whisky from our northern neighbor as being a blended product, and this is often correct as some of the most popular bottles fall into this category—Crown Royal, Black Velvet and Canadian Club, for example. And “rye” is often used as a catch-all term for Canadian whisky, even when there’s only a small percentage of that grain in the mash bill (or none at all). But there are distilleries focused on making 100 percent Canadian rye, such as ADL.

Canadian and American rye whisky and whiskey are very different, so here’s a quick primer: American rye whiskey must be made from a mash bill of at least 51 percent rye, with the rest usually made up of corn and malted barley (although producers like MGP in Indiana make 95 percent or 100 percent rye as well). American rye must be aged in new charred oak containers and cannot have any additives if it’s labeled as “straight.” Canadian rye, however, can be aged in different types of barrels (for a minimum of three years), and there’s an old rule that allows 9.09 percent of another barrel-aged flavoring spirit to be added to the blend. Caramel coloring is often, although not always, added to the whisky for consistency, similar to scotch.

Even if the name Alberta Distillers is unfamiliar, you’ve likely tried the whisky before. Some brands that bottle rye from ADL include WhistlePig, Masterson’s, Lock Stock & Barrel and Pendleton. There are 21 warehouses onsite that hold nearly half a million barrels, so there’s more than enough whisky for other brands to purchase (even though reps for ADL won’t really talk about it because of NDAs). ADL claims to have the largest column still in Canada, and indeed it is a beast that stretches a couple of stories from top to bottom. Rye whisky is produced in this and a large pot still at the distillery, each giving the whisky its own unique character and flavor. Three different types of casks are used for maturation—multi-use barrels that have previously held Canadian whisky, ex-bourbon and new charred oak.

Alberta Premium, the distillery’s core expression, is aged in a combination of all three barrels. This whisky is hugely popular in Canada and around the world, but only recently arrived in the US.  The cask strength version (aged solely in new wood) launched here first in 2020, and has proven to be a favorite among critics and consumers. This seems like a calculated move to initially introduce American whiskey drinkers to a product that’s a bit more complex and spicy, and then hope the sweeter, softer, lower-proof version will catch on—something that remains to be seen.

About that jet fuel-strength rye whisky I tasted—at 23 years old, you might expect the ABV to have mellowed out instead of skyrocketing to such great heights. But distillery manager George Teichroeb attributes this to the unique Alberta climate. “What makes us different is we’re 3,200 feet above sea level,” he said. “We have dry mountain air, we do not have humidity to deal with. We don’t have to deal with moisture problems, other than rain. We actually pick up strength as we age our products. The moisture and water escapes as part of the angel’s share instead of the ethanol, which is really different than in other parts of the country. Does it add to the flavor? Scientifically we can’t prove it, but you can’t get that same profile in Ontario, for example.”

So even if you wouldn’t deign to pop open a bottle of cheap Canadian blended whisky, consider giving 100 percent Canadian rye a try. There are a wide range of styles, age statements and flavor profiles to choose from, so here’s a primer of some of the best you can find.

There have been two releases of this high-proof rye whisky from ADL over the past two years (the third is on the way this fall), and the reception has generally been quite positive. The ABV is up there, ranging between about 65 and 66 percent depending on the bottle. Even so, it’s surprisingly drinkable, and really worth trying as a side-by-side comparison with the regular Alberta Premium now that it’s available in the US as well.

Pendleton is a whiskey brand based in Oregon, but the liquid itself comes from Canada—and while the source is not revealed, it’s safe to assume that the distillery is ADL. This expression is aged for 12 years and though it would be nice to try this at a higher proof than 40 percent ABV, this is a good sipping whisky with notes of leather, caramel, fruit and cinnamon on the palate.

This is a younger rye whisky than WhistlePig’s core expressions, which start at 10 years old, but it’s a tasty bottle all the same and one definitely worth using in cocktails. It’s bottled at 95.56 proof to honor the late Dave Pickerell (born in 1956), whose final project with WhistlePig before passing away was this whisky. The palate is spicy with pepper and vanilla notes, and just a bit of oak.

Though Lock Stock & Barrel recently released a 21-year-old rye that is likely one of the oldest you can find at the moment, last year’s 20-year-old is a bit easier to find. It’s aged for a minimum of two decades in new charred American oak barrels, and is a stellar example of just how good Canadian rye can be, with deep notes of stone fruits, apple, banana and spice.

Here’s another whisky brand that is produced at ADL but bottled in Ontario. This whisky is inexpensive but really quite enjoyable, and it’s a fantastic cocktail component due to its balance of spice, sweet and fruit on the palate. And this is another product to compare with Alberta Premium—same distillery but very different tasting whiskies.