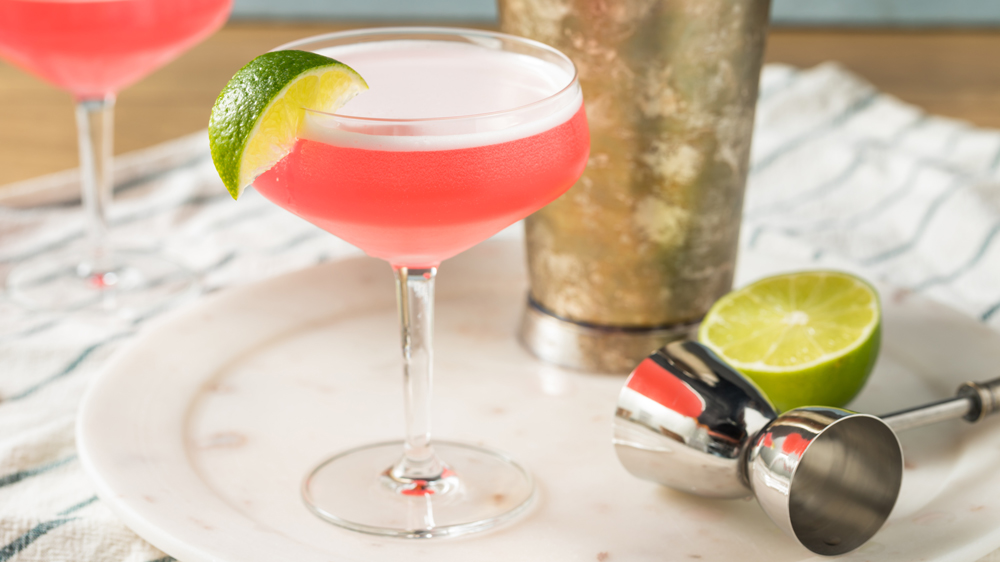 The Cosmopolitan has never just been a drink.

Of all the things the Cosmopolitan cocktail is and has been, a list of its ingredients—vodka, triple sec, lime, and cranberry—is the least of it. No other cocktail has been as tied to, and indistinguishable from, it’s cultural footprint, has been so battered about by the whims of trends and fame, at turns loved and loathed, variously a lifestyle accessory or embarrassingly passé. There has also perhaps never been a cocktail for which so much newspaper ink has been wasted declaring it “in” or “out” or “dead” or “back,” a proclamation nearly always presented as the definitive truth, but which changes wildly based on who’s asking, and when.

It’s 1989, and the Cosmo is in. It’s the hottest cocktail in New York. While there was an oversized pink martini called the “Cosmopolitan” that had been floating around the gay clubs in San Francisco and Provincetown for years, the version we know was refined in 1988 by a bartender named Toby Cecchini at the Tribeca nightlife spot The Odeon, and the celebrities fell in love with it. It was so popular that Cecchini was known, among local bartenders, as “the asshole who invented that pink drink we are now enslaved by.” Some bartenders in the city were making hundreds of them every single night.

It’s the mid ’90s, and the Cosmo is out. It hadn’t really escaped beyond New York, where the wheel of trends is always spinning, and the Cosmopolitan had its time and now it was time for the new new thing. Local bartenders get a trickle of orders for them every now and then, but for the most part the cocktail is displaced by the Espresso Martini and then the Mojito and on and on and so it goes.

It’s July 18, 1999, and an episode of Sex and the City airs (season 2, episode 7, “The Chicken Dance”) in which Samantha, exasperated that she seems to have already had sex with every man in Manhattan, goes to the bar to “drink heavily” and orders “another Cosmopolitan, please,” the first of the show’s many celebrations of the cocktail. Suddenly, the Cosmo is back in. Globally, spectacularly, unprecedentedly in. Cocktails occasionally have their fifteen minutes, and it’s often attached to media—the Vesper with Casino Royale, the Old Fashioned with Mad Men—but there has never been anything like the Cosmopolitan with Sex and the City. It was zeitgeist-defining, the type of phenomenon for which the phrase “everyone and their mom” seems unusually apt. It didn’t matter one bit that you yourself were not a single, beautiful, upwardly mobile New Yorker in her early 30s: You could drink a Cosmo and feel every ounce as sophisticated. It rapidly takes its place among the most famous and popular drinks in America.

It’s 2008, and the Sex and the City movie comes out, some four years after the show ended. It’s a retrospective, the characters now grown women. In the final scene, our heroines toast each other, four Cosmos clinking in the center of the table. “These are delicious!” exclaims Charlotte. “Why did we ever stop drinking these?” asks Miranda. “Because everyone else started,” Carrie replies. The Cosmo is a joke now, and was fated to be. It got popular because it felt cool and cultured, but nothing that popular ever stays cool for long. Once your aunt was ordering Cosmopolitans at Applebee’s, the whole thing was doomed. Late 2000s is also around when craft cocktails are getting big, and bartenders, heads fully up their own asses, started doing stuff like refusing to make certain drinks, not because they can’t make them, but because they won’t. The Cosmo, lurid and dated, is the most visible target for this contempt. Cosmos are definitely out.

Now, in 2021, is the Cosmo “back?” Well, mostly it depends on your answer to one question, a question you’ll notice that has been entirely absent from the discussion.

Does it taste good?

To trendsetters, asking how the Cosmopolitan tastes is to miss the point, like asking about the traction on a $1,200 pair of Manolos, but some bartenders have been reassessing this maligned little drink, and seeing its inherent quality. The Cosmo’s cardinal flaw is that it’s too easy to make poorly—if you’ve had a Cosmo, you’ve probably had a bad one—which in this case means too basic or too sweet or both. Pay a little attention to the principles of balance and use the right stuff, however, and the Cosmopolitan becomes an absolutely delightful drink, juicy with citrus, bright with cranberry, surprisingly strong and impressively clean. Made well, it’s an ideal cocktail for vodka fans who want something bright and fruity and not too sweet. At the end of the day, the Cosmopolitan isn’t a universal cultural touchstone. It’s just a specific drink for a specific mood, and if you’re that drinker in that mood, it’s absolute perfection.

Add all the ingredients to a cocktail shaker, and shake well on ice for 10 to 12 seconds. Strain into a stemmed glass (a classic martini glass would be traditional, and if it can have a hopelessly 90s Z-shaped stem, even better), garnish with an orange peel, and say something risque and impertinent, like “Meanwhile across town, Samantha getting a ride of her own.” 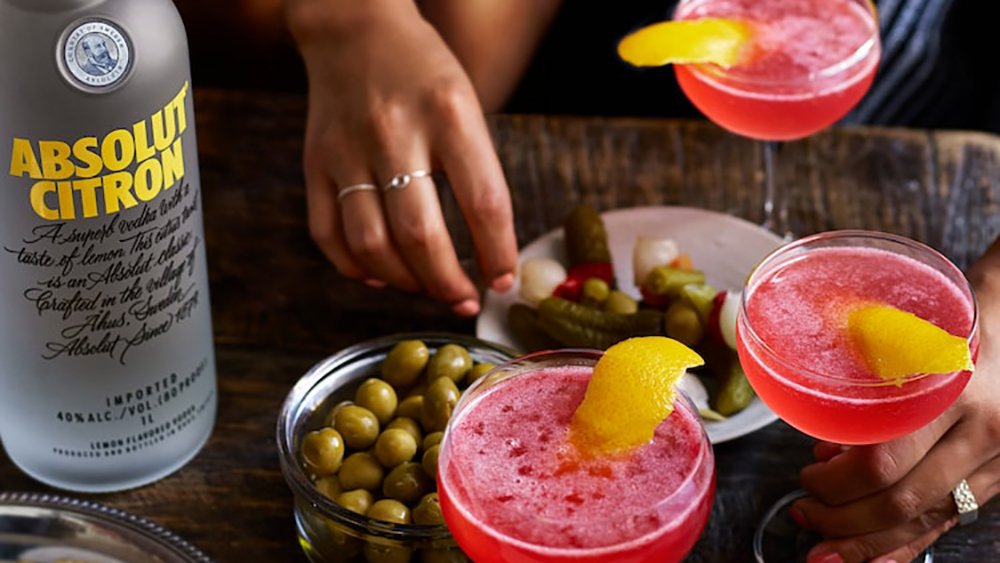 Citrus Vodka: This is probably the only time I’ll ever write these words, but it’s important that you use lemon-flavored vodka here. I normally try to be as accommodating with the ingredient recommendations as I can, and regular vodka won’t hurt you, but once you start chipping away at the Cosmo, it starts getting basic in a hurry. This was invented with Absolut Citron in mind, and seeing as it’s both readily available and inexpensive, I don’t see a good reason to not just insist on it.

Other lemon vodkas will be fine, but be warned that the producer can add sugar to the vodka and not tell anyone, so caveat emptor. Absolut has no added sugar. If you go with a different brand, know that you may have to adjust the sweetness of the final product.

Oh, and if you can’t get citrus vodka, grab a lemon, cut a small disk of the peel about the size of a quarter or a little larger and throw it in the shaker to be shaken with the ice. The ice will extract the lemon oils in the peel which will simulate a lemon-infused vodka and will provide a nice zestiness to stop the drink from getting boring.

Orange Liqueur: Again, sorry to be so prescriptive, but get Cointreau because it’s the best. Also good is Combier. If you can’t get either of those, try to find a triple-sec (essentially orange liqueur that’s vodka based) that’s 40 percent ABV, like Naranja. If all you have is the brandy-based Curacao (like Grand Marnier, with brandy notes like oak and vanilla) or a cheap triple-sec that’s 20 percent ABV or less, consider making something else.