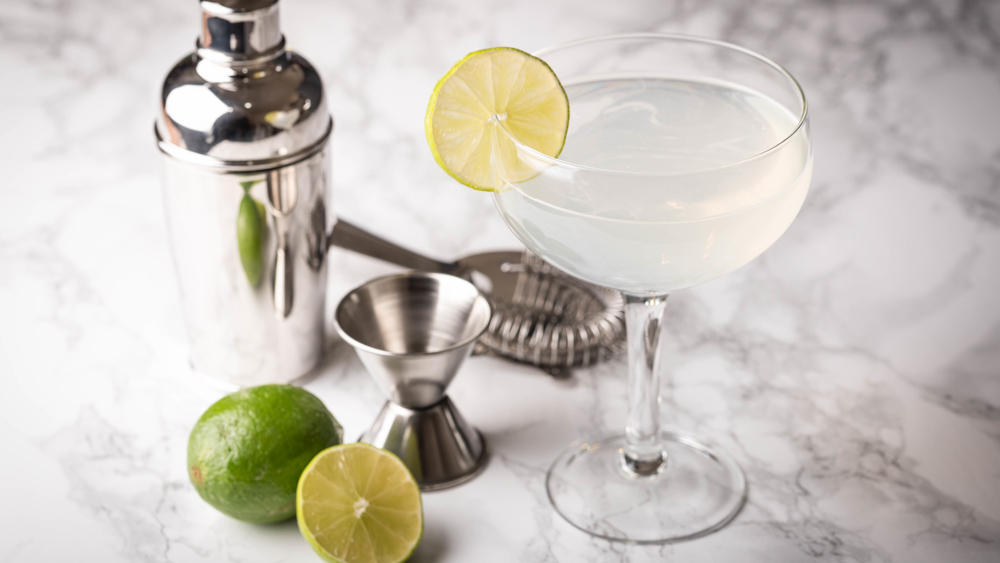 There was a time, not even that long ago, when you could look at a bartender’s outfit and know immediately whether or not that bar made good cocktails.

From 2000-2010, give or take, cocktail bars almost invariably featured bartenders fully decked out in vests and ties. Compared to normal bars, we were asking our guests to order cocktails that contained a bunch of things they’d never heard of, that would take longer to make than they were used to and to pay more for the privilege of doing so. We took it more seriously, but I think we also felt compelled to look like we were taking it more seriously. Included in this were the kaleidoscopic array of bitters on the bar, some extra-dim Edison bulbs, a posted list of “House Rules,” and at least one staff member whose mustache had a promising future in the circus.

Over time, as cocktail bars multiplied, they democratized—we as a community realized you can make great drinks even without facial hair—and now, cocktail bars more or less just look like regular bars. This is good and bad; good because it’s much more comfortable, but bad because it’s now difficult for non-professionals to tell the difference between a bar that is serious about freshness and training and quality, and a bar that just appears to be. Everyone claims a “craft cocktail menu,” so how do you know if you’re at a bar that actually knows how to make great drinks?

Personally, I order a Daiquiri.

Just like the Mai Tai, there are two Daiquiris and they barely resemble each other. One is the neon slushy you’d get in Cancun that’s so sweet you involuntarily lick the air after you taste it, and the other is one of the greatest simple cocktails of all time.

The less that’s said about the former, the better. As for the latter, it was invented at the end of the 1800s in Cuba, named for the town of Daiquiri on the island’s southern coast. It is simplicity itself, with just three ingredients: rum, lime and sugar. It is tart, quick and shockingly good; the kind of humble synergistic genius that belongs on the uppermost peak of Flavor Olympus, alongside the Caprese salad and the peanut butter and jelly sandwich. It’s a margarita but somehow more agreeable. It’s limeade that grew up handsome. It really is one of the best drinks ever made.

What’s more, Daiquiris are not hard to make well, provided you can adhere to a couple easy-to-follow rules. That’s why they’re so useful for diagnosing the state of a bar’s cocktail-making ability—there’s nowhere to hide. If you’re using bad rum, or if your juice isn’t fresh, or if you lack the precision to get the ratios right, or if you don’t shake hard and long enough… the cocktail knows, and it can’t keep a secret.

If my Daiquiri comes back great, then great. I get to drink it and I know this bartender is well trained and the bar is well stocked. I’ll spend the rest of my time here drinking through the cocktail list.

If the daiquiri comes back just ok, then that’s ok. I also like beer.

Mixing instructions for all of below: Add ingredients to shaker tin, add ice and shake hard for 10 to 12 seconds. Strain off ice into a stemmed coupe glass. Garnish with a thin lime wheel or honestly nothing at all, and enjoy while reflecting that the best things are often the simplest.

For standard Daiquiris we want a rum that is light, bright and tropical. These by tradition generally come from Spanish speaking countries (it’ll likely say “Ron,” which is the Spanish word for rum)—Ron Matusalem, Diplomatico, Mount Gay and Flor de Cana are all lovely examples—although personally, my favorite is Plantation 3-star, which is mostly Barbados rum with a touch of Jamaican and Trinidadian rums, for balance, and bottled at a slightly higher proof. The blend gives texture and force to what might, for some, be too agreeable.

Aged rums are frequently referred to as “sipping rums,” a somewhat annoying phrase which attempts to tell you how to drink it. I mean, I wouldn’t infuse it with jalapenos or anything, but the Daiquiri treatment is such a simple overlay, almost all the rum’s character is preserved. El Dorado is made in Guyana and is an “English Style” of rum, which is to say, richer and fuller bodied. All their aged products profoundly evoke brown sugar and molasses, complementing vanilla and tropical fruit and so much else. Be warned: rum is the Wild West as far as additives are concerned, and El Dorado has a reputation for adding a bit more sugar to their rums than most. This is not a problem—either reduce the syrup by a quarter ounce, or, as I like to do, add more rum. Balance restored.

Rum is unique among spirits in a way best encapsulated by the father of Tiki, Donn Beach: “What one rum can’t do, three rums can.” Rarely if ever will you blend gins or bourbons in a single drink, but rums, no matter how different, are seemingly universal donors to themselves, and can be combined for complexity more or less at will. The above blend, inspired by a trip to East Bay Spice Co. in Berkeley, flirts with two of the farther reaches of the rum galaxy (the intense funk of Jamaica plus the grassy brightness of Martinique), resulting in something both wildly new and completely delicious.