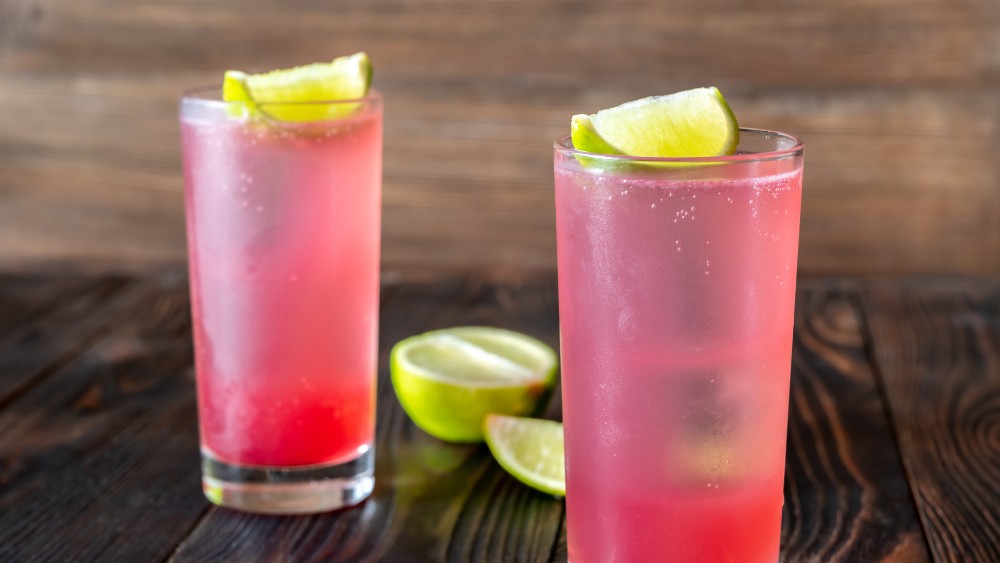 “El Diablo” means “the Devil” in Spanish, though I regret to inform you that the list of its ingredients is as tame as a Sunday sermon. I mean, I’m not asking for the blood of the innocent here, but if you’re naming a cocktail after the Prince of Darkness himself, you’d expect something just a touch diabolical, wouldn’t you? Just a wee bit infernal? Crazy high proof spirits, maybe? Or a garnish in the shape of a pentagram? A blood orange? Anything? Nope, not here. Just a simple tequila cocktail that’s delicious and accessible enough to share with your grandmother. I’m not mad, I’m just disappointed.

I’m going to save us all some time and tell you that no one has the any idea why this cocktail is called the “El Diablo.” The man credited with inventing it, Tiki legend “Trader” Vic Bergeron, can’t even account for the name. It is true that what we now know as the El Diablo first appeared in print in 1946, in Trader Vic’s Book of Food and Drink, but at the time he called it the “Mexican El Diablo.” A previous El Diablo, otherwise the exact same but with rum instead of tequila, was invented by some unknown person 10 years earlier. Trader Vic’s was a spin-off, which eventually would drop the “Mexican” and become known as simply “El Diablo.”

That bit makes sense, though. Part of the origin of the entire Tiki craze was that rum was always regarded as a cheap and second-tier spirit; a focus on rum cocktails was seen as exotic, subversive and new. So it was with tequila as well—throughout the golden age of the American bar all the way until Prohibition, tequila was totally absent, having barely made it out of Mexico, which is why there are no classic tequila cocktails. So having exalted the reputation of rum, of course it would be a Tiki guy who would see the potential in this otherwise overlooked spirit—Trader Vic was actually the first American to dedicate a whole chapter of a drink book to tequila, but that wouldn’t be until 1972. In the meantime, among his first attempts, is what we know now as the El Diablo.

The El Diablo is tequila, lime juice, and “ginger ale,” which at the time was closer in spice profile to what we think of as ginger beer—and so thus far essentially just a tequila version of a Moscow Mule. Where a mule would have bitters, though, the El Diablo is spiked with a touch of creme de cassis, a black currant liqueur most famous as the fruity ingredient in the Kir Royale. Bergeron’s choice to swap the rum for tequila was an inspired one: The cassis has a piquant concentration that offers a persistent and tart fruit to the whole tasting experience, matching and complementing the vegetal pepperiness of the tequila, while ginger spices it up and the slight vanilla from the oak makes it plush. Those strong flavors all point in different directions, but together hold a balance that’s at once taut and refreshing.

The more I think about it, and the more I talk about it, the more I want to make one, which is really the only thing even remotely Satanic about this drink. “Speak of the devil,” as they say, “and he shall appear.”

Combine all ingredients over ice in a tall glass. Stir briefly to combine, and garnish with a couple blackberries on a pick, or a lime wedge, or both.

Tequila: All the original recipes, and many of the modern ones, simply call for undifferentiated “tequila.” What few modern recipes specify do call for specific types tend to call for reposado (“rested”) tequila, which gets just a kiss of oak, aged for just two to 12 months. I echo this advice—the glancing touch of vanilla that the spirit picks up from the oak complements both the cassis and the ginger and makes the whole thing plush and a bit softer.

In terms of brands, my general preference for blanco tequilas in things like Palomas and Margaritas is to use the budget end of the 100 percent agave spectrum, because I prefer their simple snappy refreshment. This advice does not translate to reposados, unfortunately. If I had my pick of the litter, I’d use the moderately expensive (though completely amazing) Tequila Ocho Reposado, which has just the slightest possible kiss of oak, or the always excellent Fortaleza Reposado.

The only danger here is too much oak. Blanco (no oak) is still great. If all you have is anejo (more oak), consider making something else. Too much oak just weighs the whole thing down.

Lime Juice: ounces are in a range because the sweetness of ginger beers varies, as do the palates of people who drink it.

Ginger Beer: I like Bundaberg for the sweeter end, and Blenheim and Cock n’ Bull on the spicier end. There are lots of good ginger beers, I’m sure it would be good with whatever you like. I’ll just note that some people get all mixology about it and use a fresh ginger syrup, and while I almost always prefer that, in the El Diablo I think it’s too intense, and drowns out the cassis. If you can, just use a good ginger beer.

Creme de Cassis: A well stocked liquor store should have a bottle of Creme de Cassis, which is tasty and not terribly expensive and one bottle can make 50+ El Diablos and Kir Royales and Bramble spin-offs. There are actually lots of good brands—I like Lejay and Briottet most, with Massanez and Giffard in a very close second place.

The only other thing to say here is that lots of people are going to see this as an opportunity to use the crusty old bottle of Chambord sitting in the back of their cabinet. I understand this instinct. Chambord is a black raspberry liqueur that was big in the ’80s and ’90s. . .but when’s the last time you tried it? I mean actually tried it, like neat in a glass? After revisiting it for this article, I have to say it would make an acceptable, but ultimately sub-par, El Diablo. It tastes as much like medicine as it does like raspberries, and it has no acidity to speak of. It wouldn’t be horrible, but consider buying the real thing.