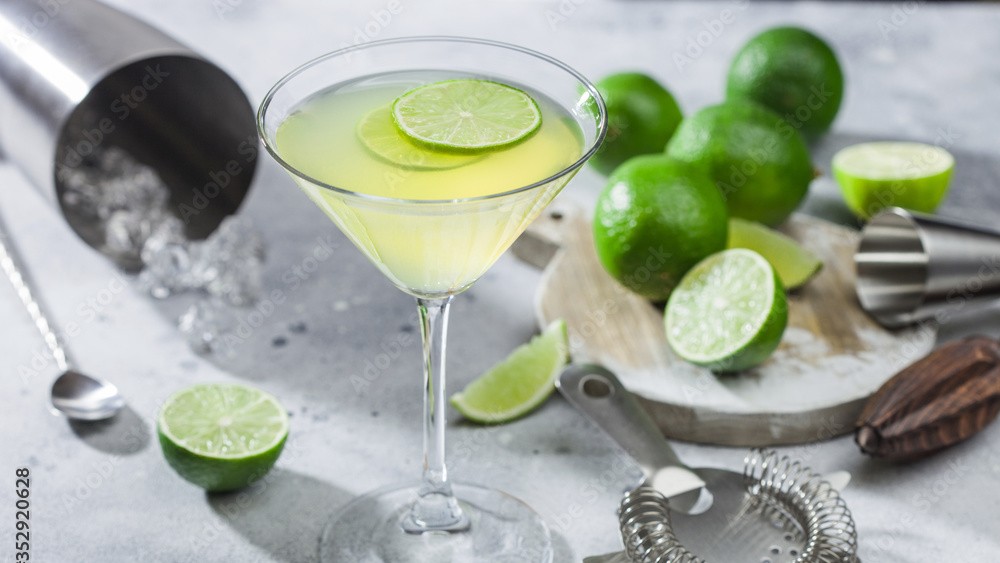 To explain, let’s look at three cocktails together:

The first is the Margarita—tequila, orange liqueur and lime juice—the definitive tequila drink, one which can make a credible claim of being the most popular cocktail in the world, more or less beloved by more or less everybody.

The second is the Sidecar—cognac, orange liqueur and lemon juice—invented in Paris in the ’20s, bracing and racy, pure elegance, one of the handful of classic cocktails that enjoys near-unanimous respect in the drinks industry.

And finally, the Kamikaze—vodka, orange liqueur and lime juice—disparaged, diminished, disdained and generally shat upon by almost everyone who would call themselves a cocktail bartender or enthusiast.

As best we can tell, the Kamikaze was invented in the mid 1970s, and has lived in scorn ever since. Maybe it’s because of the name, which would be bigoted if it were in any way coherent. Or maybe that’s because it was an early harbinger of what would become a wave of “shooters,” saccharine concoctions famous less for their flavor than their provocative names (Buttery Nipple, Screaming Orgasm, Sex With an Alligator, blah blah, etc). It’s hard to say. You won’t find a peep about it in any of the serious mixology volumes written in the last decade, so to find out more, we have to meet the Kamikaze on its own turf. There, too, we find haters—Heywood Gould, in his 1984 novel Cocktail (which would become the Tom Cruise movie of same name), wrote:

“The kamikaze is one of a class of disco cocktails invented by barbiturated teenagers. It is a senseless, infuriating concoction. . .Its intent is instant inebriation. . .There are no standards for the kamikaze. It has no particular attributes that would distinguish a good kamikaze from a bad one, like a dry martini or a tart gimlet. I’ve made the drink with rum and applejack and never got a complaint. It exists merely to confer a little cachet on these pimpled baboons.”

It seems unsporting to pick a drinks fight with the 1980s, so I’ll merely say I disagree.

He seems to be making the category error of judging a thing by its fanbase—which, as with Bitcoin or the Philadelphia Eagles, seems a little unfair. Don’t get me wrong, I’m not saying all drinks can be great. There’s very little that can be done for the Cement Mixer or the Brain Hemmorage, two irredeemably disgusting shots that taste even worse than they look. But the Kamikaze? The quote above compares it unfavorably to a Gimlet, but it essentially is a gimlet. It may have fallen in with the wrong crowd, but that doesn’t mean it’s a bad kid. It just needs a little guidance.

Put the smallest effort toward its development—recruit fresh lime juice and a high quality Triple Sec—and the Kamikaze can be a great drink: clean, bright and refreshing. It’s a vodka gimlet made a little juicier with orange liqueur, lean and tart, avoiding the lingering presence of tropical fruit or the piquant sweetness of berries. Its clarity reads effortlessly as refinement. The fact that it was conceived without thought and for decades was produced and consumed without thought is immaterial. It really is quite good, and worthy of (unironic) attention.

Add all ingredients to a cocktail shaker with ice, and shake hard for 10 to 12 seconds. Strain up into a cocktail glass, and garnish with a lime wedge or wheel.

Ketel One  Photo: Courtesy of Ketel One

Size: The above is for a whole cocktail, a balanced drink to sip across time. To make the Kamikaze shot, you could just make the above smaller, or you could treat it like a shot and make it a bit stronger: Do 1oz vodka, 0.5oz triple sec, and between 0.25 and 0.5oz lime, and cut shaking time to 5-6 seconds. It will be strong and tart.

Vodka: The whole idea of “Premium Vodka” is a little like a get rich quick scheme, in that it’s not that it can’t exist, but that that most everything that trades on that name is just a marketing ploy. As long as you buy vodka above a certain quality bar—say, $10—they will all probably be good. Note that I’m not saying they’re all the same; I’m just saying they’re all good, and mixed in drinks like the Kamikaze they will all taste so similar that it’s difficult to recommend one or the other.

That being said, there are small differences there, so if you’re attached to the particular echos of flavor you find in, say, Ketel One, then buy Ketel One. Normally, I’d grab a bottle of a certain Russian label, but given the current moment, I recommend the equally good—but Swedish—Svedka. And if for some reason you’re after the best vodka you can find, in our recent blind test, we found that the St. George A.P.V. (California) is the most interesting and dynamic, if such words can be used in this context.

Lime Juice: In the ’70s it would’ve been the incandescent Rose’s Lime Juice. Today, we use fresh. The above ratios will yield a drink that’s a bit tart. If you prefer it a touch sweeter, drop the lime juice from 1 oz. to 0.75 oz.

Triple Sec: I always recommend Cointreau, because it’s the best. Combier is also excellent. That being said, it’ll be the most expensive part of this cocktail by a factor of three, so if you’re trying to stay in the spirit of the Kamikaze, you can go with a cheaper choice—Drillaud makes a cheap one that’s pretty good, as does Bols, but try to get the Bols that’s 60 or 42 proof. Same if you go Hiram Walker. Generally speaking, in triple sec, quality decreases with proof. You want it to be as close to 80 proof as you can afford.

Simple Syrup: Yes, I’ve added an ingredient, because using Triple Sec as the sole sweetener yields a drink that’s either too sweet, too tart or too strong. It’s easy to make simple syrup, which is why they call it simple syrup: Equal parts sugar and warm or hot water, and stir until the sugar dissolves. Put it in the fridge and it’ll last a month.