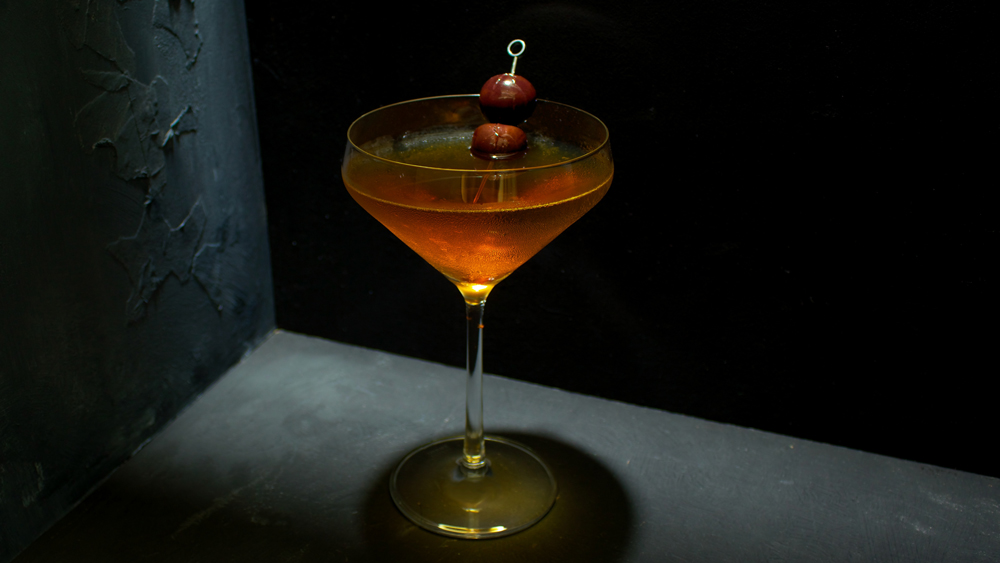 I remember—vividly—the worst thing I’ve ever tasted. It was in May of 2008 and I was at my first bartending job, an Italian restaurant in Cambridge, MA called La Groceria.

La Groceria had been there since 1971. Family-owned neighborhood spot, sticky plastic menus, microwaved lava cake, you know the type. After almost four decades it was finally closing down, and we were digging through old cabinets, unearthing crusty, long forgotten liqueurs entombed in dust, when a coworker produced an ancient half-empty bottle of something thick and black. The label wasn’t helpful—just some Italian, the word “Cynar,” and somewhat dishearteningly, a large photograph of an artichoke. The owner didn’t know anything about it except for that he couldn’t remember a time before it was back there. He said it had probably been there “for at least 25 years.”

Obviously, my coworker and I dared each other to take a shot. I accepted the challenge, if memory serves, once the purse got to $5. I poured a half shot, the liquid staining the inside of the glass like used motor oil, and for a moment I wondered if it would kill me. I then toasted to life, Italy, and the noble artichoke, and took the shot.

Many years later, working at fancy cocktail bars and selling my guests on the virtues of this wonderful Italian amaro called Cynar (“Chee-nar”), I think back on that moment a lot. I love Cynar now. It’s frequently referred to as an “artichoke liqueur,” and yes, artichoke is one of the 13 plants and herbs used in its production, but it doesn’t taste like artichokes. That ancient bottle had been ravaged by time and tasted dirty and metallic and had a bitterness that curdled in your mouth over several minutes, but a normal taste of Cynar, one from a bottle that hadn’t been exhumed from a marinara-flecked 1980s time capsule, is delicious—robustly bitter, yes, but also with citrus and vanilla and an impressive depth. An acquired taste, sure, but it’s also one of the most versatile cocktail ingredients in our liquid arsenal.

You can do anything with Cynar. You can mix it with apple brandy to taste like fall. You can use it as the base of a cocktail, like with the Bitter Giuseppe. Or you can take a cue from the back of the bottle and make what they call a “Cynar Manhattan,” but what, behind cocktail bars, we all know as a Little Italy.

This was an aggressive choice. It’s feels normal to the point pedestrian today, but in 2005, when bitterness was less accepted in the drinking culture, it was a shot across the bow. If the Vieux Carre is a Manhattan with southern charm, the Little Italy is a Manhattan with New York “charm,” one that bangs its palm on the hood of your car and screams, “hey I’m walkin’ here!” The bright fragrant baking spice from Angostura Bitters is replaced with the deep earth of the Cynar whose bitterness brings a constant low hum, like engine noise on an airplane. In the world of Manhattan variations, it’s a serious choice, herbaceous, bitter, boozy and a worthy choice after a big meal on a cold night.

Unless, of course, your bottle of Cynar has been half open since the first Reagan administration, in which case, personally, I’d pass.

Add ingredients to a mixing glass, stir on ice for 10 to 20 seconds and strain up into a cocktail glass. Garnish with a maraschino cherry or two.

Rye: I like a bunch of styles of rye for this, but the ones that were more consistently delicious across a variety of different vermouths were the 95 percent or 100 percent ryes from Indiana or Canada, like Dickel Rye, Bulleit Rye or Redemption. For the Kentucky-style ryes—your Rittenhouse or Wild Turkey 101—the only vermouth I liked these with was Martini & Rossi. Others made a cocktail that was unbalanced or weird or both

Sweet Vermouth: I’m always so mean to Martini & Rossi, I just want to say again that Rittenhouse with Martini & Rossi makes a delicious Little Italy. The Cynar nicely absorbs the branchy herbaceousness of the vermouth and it makes the whole project both savory and bright. Saunders was a notorious perfectionist, and I haven’t been able to deduce for sure what her preferred vermouth was here, but the best clue we have is a video from her husband Robert Hess, who uses Rittenhouse and Martini & Rossi.

For me, personally, it was close, but I think my favorite version of this drink is with the 95 percent MGP rye and the light, slender Dolin Rouge vermouth. The richer vermouths—Cocchi, Carpano, etc—clashed in a surprising way with the Cynar and rye, while Dolin (and Martini & Rossi for that matter) get out of the way and let the rye and the Cynar play with each other to better effect.

Cynar: Cynar is bottled at 16.5 percent, and therefore is right at that edge of low proof where time can mess with it. Now that I’m very familiar with Cynar I wish I could try that old bottle again, but despite my lurid description above, I wouldn’t worry too much about it. Stay within the current decade and you should be just fine.