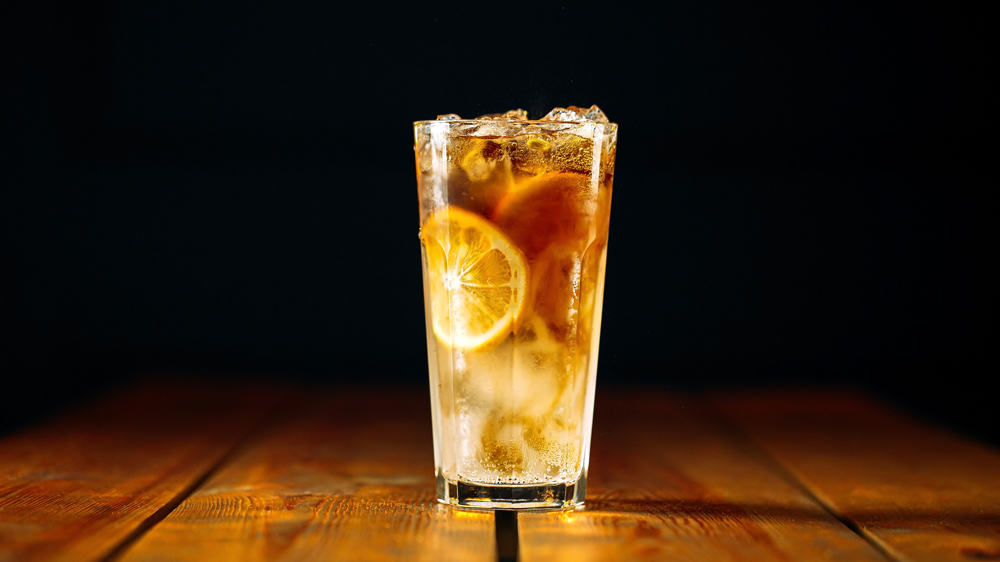 I’ve been managing cocktail bars for a dozen years and am exactly the type of so-called “mixologist” you might imagine would begin an article about the Long Island Iced Tea by insulting it. But I’ll tell you right now, I would never do that. I would never say, for example, that the Long Island Iced Tea is an absurd, white-hot dumpster fire of a cocktail, or refer to it as some kind of mother bad decision from which nothing but more bad decisions can be born or point out that it possesses all the creativity and refinement of an 8-year-old at a Burger King soda fountain. I know people who would say all those things, but not me. I never would.

All the same—we have to acknowledge that the Long Island Iced Tea has something of a reputation itself. It has been understood, since the ‘70s, as “one of the most famous hangover instigators the bar has ever known,” according to Punch. Liquor.com acknowledges that “the recipe reads more like a frat-house hazing ritual,” and Jeffrey Morgenthaler’ points out that the drink dominated the world, but also took up residence in “dorm rooms, seedy karaoke bars and overturned glasses next to some poor bastard curled up by a toilet.” There are some who earnestly enjoy it, but many more who are trying to get as drunk as possible and believe (accurately) that the Long Island Iced Tea is the quickest way to get there. This is why bartenders tend to not like them—it’s not because they’re difficult to make, or even some kind of pretentious dismissal of the “flavor profile.” It is because we have a legal responsibility to make sure no one gets too drunk, so if someone says “give me a Long Island” (or god forbid, a “Strong Island”), what we hear is “there’s a decent chance that pretty soon, I’m going to become a problem for you.”

However, the tool is distinct from the user, so what is the Long Island Iced Tea? It is a tall drink with a base spirit in four parts—vodka, gin, rum and tequila, “everything white at the bartenders station,” according to the inventor Bob “Rosebud” Butt—with orange liqueur, a splash of sour mix and topped with coke. The excellent book Cocktail Codex generously assesses it as a variation of a Sidecar, which is to say, a spirit base with citrus tartness and orange liqueur. Its existence seems to be a strange product of a particular time and place—specifically Long Island, in the 1970s. If history were to start all over from the beginning, the reinvention of drinks like the Margarita or Mojito would be inevitable, but it’s hard to imagine something like the Long Island Iced Tea happening again.

The Long Island Iced Tea is a joke, and I don’t mean that as an insult. It’s right there in the name. It’s a joke about temperance—there’s no tea in this, of course—and a joke about Long Island, and as far as jokes go, it’s a pretty good one. And while many of us would contend that a world without Long Island Iced Teas would still be worth living in, that’s not the world in which we find ourselves, so here’s how to make it taste great, while respecting, shall we say, the spirit of the original.

Add all ingredients except coke to a shaker with ice, and shake for 6-8 seconds. Pour into a tall glass or pint glass, top with ice and the Coke, mix it all together with a straw, and garnish with a lemon wedge.

Strength: Let’s get this out of the way first: As it was originally conceived, this is something like 5 oz. of alcohol, while a normal pour is in the neighborhood of 1.5 to 2 oz. You can do that if you want to, and with the advice below it’ll still taste good, but I don’t recommend it. My recipe, above, is 2.5 oz. of 80 proof booze, a respectable quantity, one that pays tribute to the cocktail’s shadowy purpose while keeping the ABV at terrestrial levels.

If you absolutely insist on ruining your own day, you can increase each base spirit (not including Cointreau) to 0.75 oz. which will give you a 3.5 oz. drink, or heavens, 1 oz. each, which will be 4.5 oz. Again, do not do this—drinking is more fun than being drunk—but if you did, you’d keep the measures of Cointreau, lemon juice, simple syrup and Coke the same.

Gin: Type of gin matters less here than you might think. I suspect 99.5 percent of Long Island Iced Teas across the globe are made with some light, barely there gin, the cheap stuff in the well and are no worse off for it. You can use fuller gin if you like, but again, it will matter less here than in other drinks.

Rum: Use a white (clear) rum. Honestly again, the rum used in almost all Long Islands is Bacardi or some other type of vaguely tropical rum, which is fine, and really the rum’s role here is mostly filler, and its sole job is to not screw everything up by being too cheap and gross. If I had my pick I’d use something like Plantation 3-star or Flor de Cana, but something like Bacardi is absolutely fine.

Vodka: Brand of vodka is rarely important, but it has never mattered less than it does here.

Tequila: This is the choice that matters most. Tequila is the strongest flavor here and will define it. Personally, I go with my favorite Margarita tequilas—something inexpensive and not too earthy—like Real de Valle, Cimarron or Milagro. You always want 100 percent agave—even here—but you want the tequila here to add a small bite, but not be so flavorful and intense that it distracts too much.

Cointreau: This is an 80-proof orange liqueur and is one of the two most important pieces of advice I have for this drink. Generally speaking, your cocktail is only as good as its weakest ingredient, and too many otherwise good drinks are ruined by a crappy triple sec. If you want your Long Island to taste good in addition to putting you on the floor, Cointreau, or its chief rival Combier, is how you do it.

Simple Syrup & Lemon Juice: The original calls for a “splash of sweet and sour,” but I wager you haven’t read this far because you want to take the word of the 1970s about it. Composing your sweet and sour yourself—which is to say, using simple syrup and fresh lemon juice—is the best and only way to make this drink taste great. Simple syrup is equal parts sugar and water and stir until your sugar dissolves.

Coca Cola: I have made thousands of Long Islands across my 15-plus-year career and I have never toggled this variable. Would Diet Coke work? Pepsi? RC Cola? I don’t know. Probably. The inventor himself, “Rosebud,” filmed for a PBS Inventor Series video in 2013, says he added a little coke, “just to make the color.” Use what you’ve got.