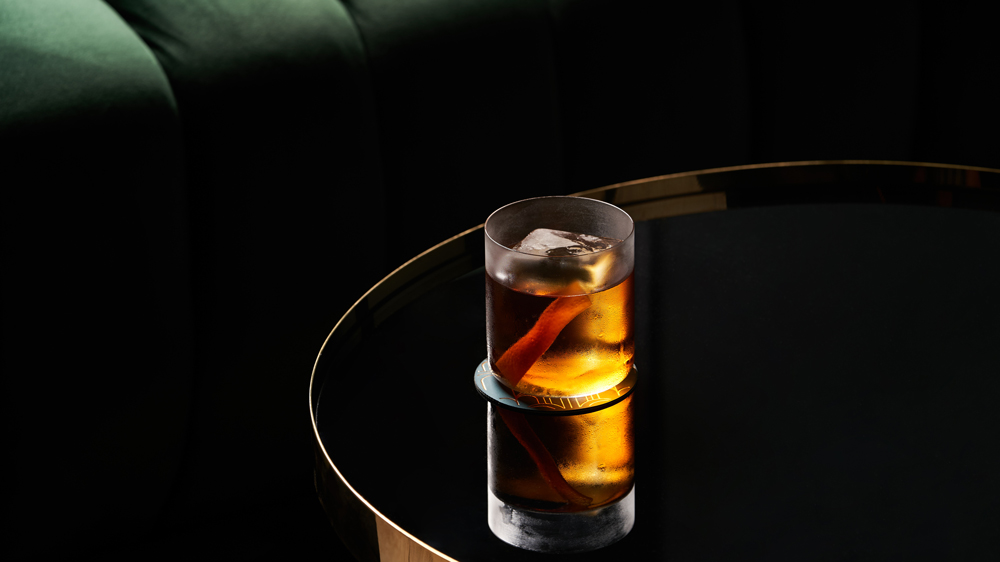 Here’s what we’re told is true:

In the dawn of the 16th century, a bright-eyed young Benedictine monk named Dom Bernardo Vincelli moved from central Italy to a monastery in Fecamp, in Northern France. Unusually gifted in the alchemical arts, in the year 1510 he combined a couple dozen herbs and plants with honey and alcohol to create an elixir of long life—King Francis I, upon visiting the monastery, tasted the mixture and exclaimed “On my honor! I’ve never tasted anything better!” This recipe, believed lost in the chaos of the French Revolution, was luckily rediscovered in the 1860s by a man named Alexander Le Grand who just happened to sell alcohol professionally, and he began producing and marketing the ancient liqueur under the name Bénédictine.

Literally every word you just read, for which there is no evidence at all. For some reason, alcohol in general, and European liqueurs in particular, feel compelled to artificially tie their stories to some ancient salutary wisdom, as if things were better back then. To be clear, dominant medical technology in the 1500s were charms, leeches and prayer, so it’s hard to say why Le Grand believed his imaginary monk carried any authority, but nonetheless: The story got a foot in the door.

Now, 158 years later, they have an actual true history to trade on, but the monk story still sells bottles so they still print the year 1510 on their label, much the same way Bushmills Irish Whiskey prints the year 1608 on theirs, in a kind of “apparently there’s no law against this” way.

Bénédictine is an herbal French liqueur made since 1863 in Fecamp, Normandy, in a palatial building just a couple blocks in from the coast. It’s made with 27 different ingredients on an 80-proof base of distilled beetroot, sweetened with acacia honey and aged in oak for at least 15 months.

I’ll admit, it’s a little less romantic. So here’s something else that’s true: Bénédictine is one of the best liqueurs ever made.

Alone, it’s absolutely delightful. Honey, cinnamon, vanilla, cardamom, nutmeg, saffron and so much else, all in perfect balance echoing onto the finish. The sweetness pushes it into dessert or nightcap territory, and so it’s not often sipped neat (at least not in this country). Fortunately for us, it’s also magic in cocktails.

Some products—not many, but some—just work in cocktails. It’s some ineffable quality that I don’t understand but there are a few bottles that inherently, through accident or design, lend themselves chameleon-like to mixed drinks, somehow meet them more than halfway and make the whole thing sing. It’s a slim pantheon that includes things like Campari and Angostura Bitters, and in my professional opinion, Bénédictine has absolutely earned its place among their ranks. Its spice beams out of tropical shaken drinks like the Singapore Sling, its warm sweetness resonates out of stirred boozy drinks like the Vieux Carré, and in my favorite application, it lends its balanced complexity to a simple Old Fashioned template in the Monte Carlo.

Stir on ice in a rocks glass, the bigger the ice, the better. Garnish with a lemon peel. Sip slowly, and enjoy.

Notes on Ingredients
Spirit: This is so simple that the whiskey is entirely up to personal taste. Use whatever rye you like and it’ll be great. For that matter, you can use bourbon (called a Kentucky Colonel), aged tequila (called a Monte Carlos), cognac, calvados, aged rum, you name it. This is one of the liqueurs great charms—as long as the spirit is aged, don’t worry, the Bénédictine will make it work.