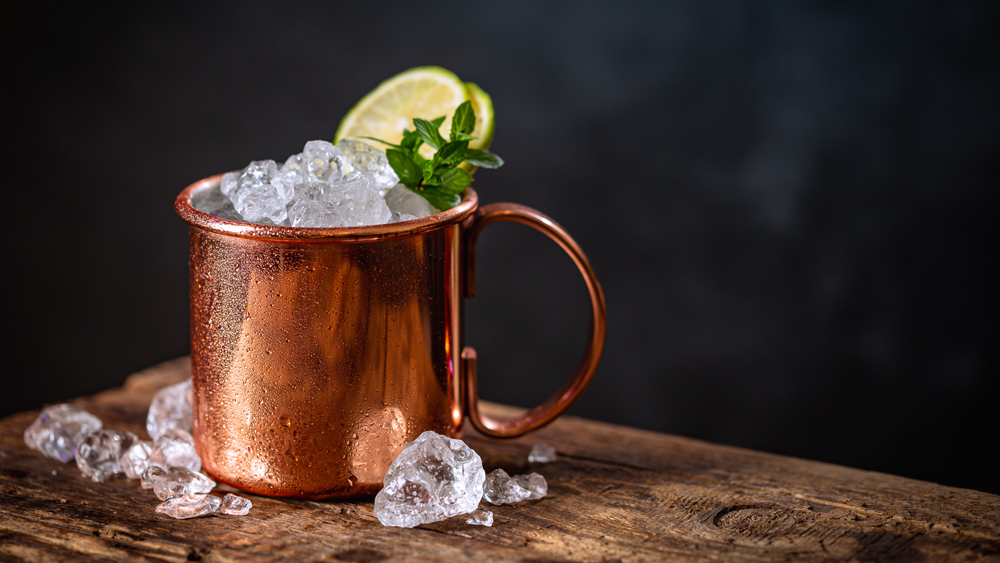 “Would you like to hear the special of the day?”

You’re at your favorite restaurant and the server is enthusiastic. “Chef made a brand-new type of cuisine today. Very modern.” You and your table mate meet eyes, a silent gasp, intrigued. “Here’s the thing,” he continues, his smile widening, “it tastes like nothing. Nothing at all.” Your head cocks slightly. He sees your confusion. “No no,” he explains, “it’s food. It’s definitely food. It’s the same price as the other dishes. It has the same number of calories as the steak or the pasta. It’s just that it has no smell or taste or character of any kind. It tastes like nothing whatsoever. Now,” he steadies his pen on his little pad, “how many would you like?”

Your server’s pitch, while ridiculous, is more or less exactly where John Martin found himself in 1939. “When we bought the Smirnoff Company,” he said, years later, “we had no idea what we were going to do with it.” Most Americans hadn’t heard of vodka, let alone tried it. How do you sell vodka to a country who has never heard of such a thing? American drinkers liked flavor—the better the flavor, the better the drink. How do you sell something that tastes like nothing?

The Moscow Mule. That’s how. Martin had two realizations that would take vodka in 30 years from a bizarre foreign curiosity to the best-selling spirit in America. The first was that vodka was (allegedly) undetectable on your breath, the end-to-end encryption of its time. No one could tell if there was vodka in that Coca-Cola or not, and once back at work, no one could tell (again, allegedly) whether you had paired your lunch with a Shirley Temple or three Martinis.

The second was vodka’s pliable nature, the chameleon of spirits. Neutrality isn’t great if you’re selling paint, but it’s perfect if you’re selling the canvas. Vodka clashed with nothing so it went with everything. “If Smirnoff had a chance at competing with whiskey in America, it had to be as a mixer,” Martin recounts, and in selling it as such, a series of connections found him sitting at the bar at Cock ‘N Bull restaurant in Los Angeles in 1940, with the bar owner Jack Morgan and his girlfriend Ozeline Schmidt. In hindsight, for those few hours, that was the luckiest room in America, a collection of truly outrageous coincidence and fortune. Martin was trying to figure out vodka. Morgan had recently invested in his own brand of ginger beer, Cock ‘N Bull Ginger Beer, that no one seemed to want. Meanwhile, Schmidt, whose family owned a struggling copper factory, had overbet on copper mugs and was sitting on a mountain of inventory that they didn’t know what to do with.

It’s difficult to overstate how crazy this was. It’s like if Mr. Peanut Butter was down on his luck and happened to find himself at a bar with Ms. Jelly and Dr. Bread. They added the Smirnoff to the ginger beer, put it in a frosty copper mug and gave it a squeeze of lime. Who exactly came up with the name is lost to history, but once the war ended and production started back up again, the Moscow Mule took the country by storm.

Martin himself would go around with a bottle of Smirnoff, the ginger beer and a copper mug. Bartenders were wary of the foreign spirit (so-called “Russian Dynamite”), but once they actually tried it, the cocktail took off. It’s not hard to figure out why—mules are great. Vodka’s neutrality is a fabulous way to thin out the (mule-like) kick of a spicy ginger beer and the copper mug provides the eye-catching hook. It was a hit in Hollywood and then it was a hit everywhere. Martin trotted out other cocktails—the Bloody Mary, the Screwdriver, something called the Bullshot (hot beef broth with vodka, and yes, really)—but it was the Moscow Mule that strapped vodka in and flew it to the moon.

Once vodka was adopted, it was the most obvious thing in the world: Of course a mild spirit would find an audience in bartenders and drinkers alike. Not everyone wants to dwell on the nuance of their alcohol, some people just want to mix a drink, and the Moscow Mule—easy, quick, delicious—was the first such lesson.

In April of 1976, vodka overtook whiskey as the top-selling spirit in America (where it’s reigned ever since). Reporting on the occasion, The New York Times wrote about the Smirnoff story and the Moscow Mule, about vodka’s mixability and its history. They then asked a drinker about the spirit’s popularity, who weighed in on none of those things: “It’s great for liquor haters,” he responded simply, “who just want to buy the bang.” 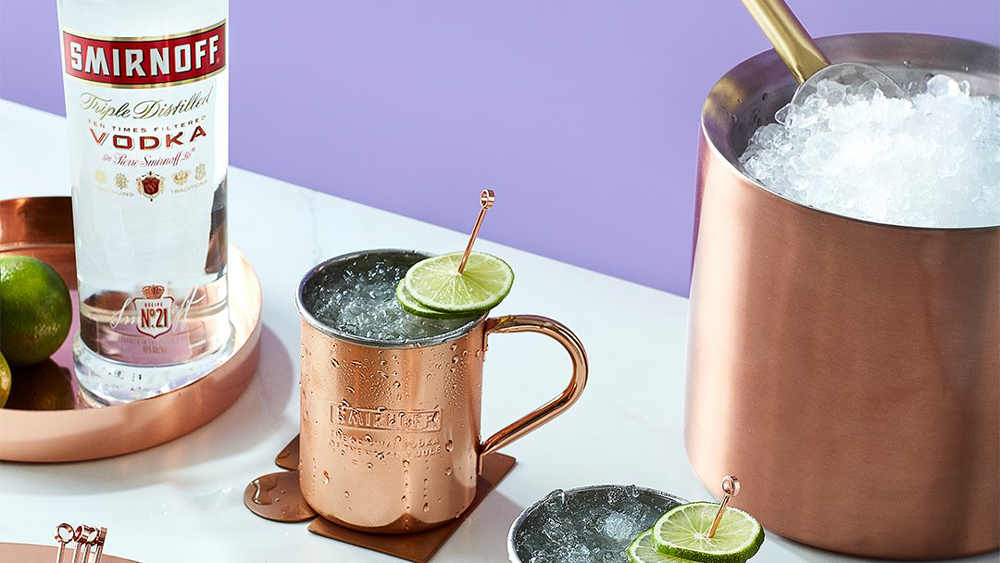 Add all ingredients over ice in a copper or copper-plated mug and stir to combine. Garnish with a lime wedge.

Aside from a couple dashes of bitters, which are optional but make the whole thing taste better, this is what you would’ve gotten if John Martin himself had walked into your bar in 1948. Brand of vodka couldn’t matter less, but use Smirnoff if you’re feeling precious about the history. As for the brand of ginger beer—ginger beers vary wildly in levels of both sweetness and spice. There’s a lot of good ones, but the two I know and recommend most highly: for big spice, go original with Cock ‘N Bull Ginger Beer. For a slightly more rounded balance, the Australian Bundaberg is also great.

Add all ingredients (except soda) to shaker tin and shake on ice for 6-10 seconds. Strain into tall glass (or copper mug, if you must), top with 2 to 3 oz. soda water and garnish with a sprig of mint.

The whole mixology movement in the last 20 years was created as a reaction to, if not full rejection of, the kind of mass-market processed sugary sodas that most ginger beers represent. The solution most cocktail bars have come to, then, is to just build the thing out of its component parts with a spicy ginger syrup and top with soda. I will admit this is much, much more work, but I’ll also tell you that if you like the spice of ginger, it’s absolutely worth it: for a bunch of chemical reasons, fresh ginger brings a big bright spice that bottled products by definition simply cannot match.

To make the ginger syrup, add equal amounts of white sugar, boiling water and roughly chopped ginger to a blender and blend on high for about 30 seconds. Strain out the fibers and you’re done—8 oz. of each would yield about 12 oz. syrup, good for 12 drinks. Should last 1+ month in the fridge.

Add all ingredients (except soda) to shaker tin and shake on ice for 6 to 10 seconds. Strain into tall glass, top with 2 to 3 oz. soda water and garnish with a sprig of mint.

There are dozens of mule variations worth talking about, but this excellent little neo-classic from Audrey Saunders’ legendary Pegu Club preserves the essential character of the Moscow Mule while doubling down on herbaceousness with both gin and mint. Styles of gin across the spectrum will taste good here—my perennial shaken cocktail gin is Beefeater for its combination of quality and price, but I honestly can’t think of a gin that wouldn’t work. You can make this with ginger beer as well, just sub gin and add mint to the “classic” recipe above.