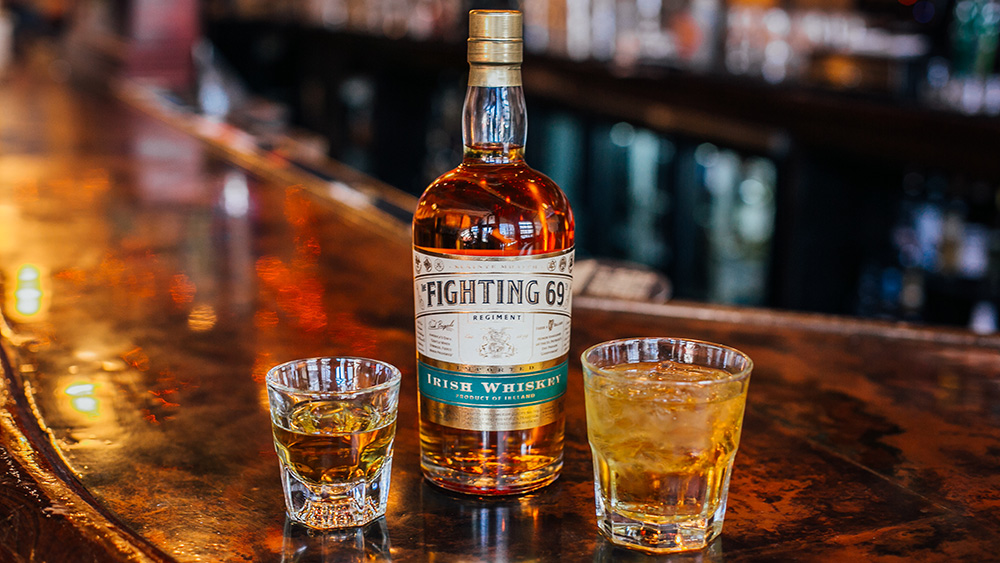 America is in the midst of an Irish whiskey boom. The U.S. buys up 42 percent of all the Irish whiskey produced. Not only is it one of our fastest-growing spirits categories, but Irish whiskey at its current growth could also overtake Scotch whisky in the States by 2030. It’s not just the traditional players Jameson and Bushmills making strides, as Ireland has invested in revitalizing an industry that had dipped at the end of the 20th century. Across the Emerald Isle, new distilleries are springing up. In 2010, there were just four and by the end of the decade there were 38, according to the Irish Whiskey Association.

That’s led to some outstanding new premium Irish whiskeys this century and an American audience happy to drink them. Part of the allure is that, unlike Scotch, which is double distilled, most Irish whiskeys are triple pot distilled, which gives them a gentler flavor. In addition, there are rarely any smoky characteristics in Irish whiskeys, as the distilleries don’t use peat to dry their malted barley (Of course, there are a few exceptions, such as Teelings Blackpitts, but more on that later).

And while Irish whiskey is famously spelled with an “e” (to differentiate it from Scotch whisky, there is now even an exception to that rule, as we point out with Waterford’s Organic Gaia. But one thing that cannot change is the fact that in order to be called Irish whiskey, it must be made in Ireland, the home of St. Patrick, who we’ll all be celebrating next week. Here are nine outstanding new bottles that would be perfect to toast to him with, but are worth drinking anytime of the year. Sláinte!

This limited-edition release recreates a distinctive style of Irish whiskey produced by Kilbeggan during the 19th century, using a mixed mash bill of both malted and raw barley, along with a small percentage of oats, which used to be grown throughout Ireland’s Midlands region, and consequently, was often used by distillers during the late 1800s. Today, Kilbeggan’s resurrection of these oats in its distillation recipe imparts unique flavors of summer fruit with a hint of mint, and a creamy yet dry texture not found in many Irish whiskeys.

This is the first release from P.J. Rigney’s family-owned Shed Distillery, which is located in the rural village of Drumshanbo (hence the whiskey’s name) in County Leitrim. It is aged for five years in a combination of ex-bourbon barrels and Oloroso sherry casks and bottled at 86 proof, all of which combine to produce a full-bodied whiskey that is tantalizingly smooth, creamy and spicy, thanks in part to the addition of a small amount of Irish barra oats to the initial mash bill by head distiller Brian Taft. This is definitely a whiskey to be sipped neat.

A decidedly limited edition and the first of Bushmills’ new “The Rare Casks” annual releases, this whiskey was distilled in 1992 and aged separately in ex-bourbon and Oloroso sherry barrels for 11 years each. These whiskeys were then blended together and aged in Cognac casks for an additional 17 years. With only 500 bottles produced, they are reserved exclusively for the United States. Full of dried fruit characteristics, spicy wood aromas and with hints of citrus, pear and almond, the finish lingers with warm, sweet vanilla undercurrents, making this indeed a special dram for special occasions.

While Grafton Street’s famous strolling street entertainers (known as “buskers”) may have been temporarily sidelined by Covid-19, their spirit literally lives on in The Busker’s Irish whiskeys, especially notable by its flagship Triple Cask Triple Smooth expression. Aged in combination of ex-bourbon, Sherry and Marsala casks, this whiskey is a blend of single pot still, single grain, and single malt whiskeys, each of which is also bottled separately under the Busker’s label. However, it is the Triple Cask Triple Smooth version that best personifies all that a medium-strength Irish whiskey should be—floral, somewhat sweet with notes of vanilla and oak, and not adverse to just the tiniest splash of distilled water to further release its multiple aromas.

A long tradition of whiskey-making along the rugged north coast of Ireland was the inspiration for this whiskey, which is surprisingly hearty in spite of having been aged for only four years. However, that time has all been spent in first, second and third-fill Oloroso sherry butts, which have imparted a depth of flavor and darker-than-usual color for such a relatively young a spirit. Thanks to the skill of master blender Alex Thomas—one of the world’s few women whiskey blenders—flavors of nuts and dark chocolate abound, followed by marzipan, allspice and honeyed fruits and a pleasant gentle wood finish. The black hexagonal bottle gives even more distinction to an already distinctive whisky with a name that is derived from the Medieval Latin word sacristanus, referring to a custodian of sacred objects.

Long a cult favorite that dates from 1903 but having been dormant for many years, it was Redbreast 12 and later the 15 and 21-Year-Old whiskeys that helped jump-start today’s Irish whiskey boom and made the Single Pot Still method—in which both malted and unmalted barley is used—a unique category. And now, after almost three decades of aging in a combination of ex-bourbon and sherry barrels, along with the added influence of specially selected ruby port barrel maturation, this is the oldest and most complex Redbreast ever bottled. With multiple layers of exotic fruits, a touch of cherry-menthol, and a hint of toasted oak and red pepper, this 109.2-proof whiskey is released on a limited basis every year.

Irish whiskeys aren’t especially noted for having smoky characteristics, as peat—or “turf” as the Irish call it—is rarely used today by distilleries for drying their malted barley. However Teeling, one of Ireland’s oldest whiskey brands and reimagined in 2012 by brothers Stephen and Jack Teeling, has delved into Ireland’s past to create Dublin’s first peated Irish whiskey in modern times. Taking its name from the old Blackpitts area behind the Teeling Distillery, which was once home to some of Ireland’s largest barley malting houses, a gentle milk chocolate smoke permeates this whiskey’s aroma and follows through with charred oak, applewood and butterscotch with each sip, thanks to its ex-bourbon and Sauternes cask maturation. It is best enjoyed with a single cube of ice paired with a medium-bodied cigar, such as an H. Upmann 1844 Reserve.

Located on the banks of the River Suir, in Waterford, Ireland (and not to be confused with the Irish crystal company of the same name), this is the Emerald Isle’s first certified organic whiskey, as confirmed by the Irish Organic Trust. The focus is, of course, on the barley, and the distillery works closely with a select group of what they call “maverick growers” who rely on terroir to grow the finest crops. Although they also produce three non-organic whiskies (Rathclogh, Dunmore and Dunbell—all of which spell whisky without the “e,” reflecting on an earlier 19th century Irish style), it is the Organic Gaia (named after the Greek goddess of Mother Earth) that possesses a surprisingly meaty combination of spicy orange zest, ginger, pears and cherries. No wonder the names of the growers are proudly listed on the backs of the distinctive Vinolok-capped blue bottles.

This robust distillation pays homage to New York’s famed 69th Infantry Regiment, which was formed by Irish-Americans in 1849, and has fought in every major U.S. battle since then, including the Civil War, two World Wars and Afghanistan, and has marched at the head of New York City’s St. Patrick’s Day parade for over 100 years. As a suitable tribute that echoes the motto of the Fighting 69th (“Gentle when stroked, fierce when provoked”), this whiskey is a unique blend of three different distillates aged for three years in a combination of single- and double-char ex-bourbon barrels, along with a smaller number of Oloroso sherry casks for additional spice and a long, smooth finish. To make this whiskey even more enticing, a portion of every sale is donated to the non-profit 69th Regiment Historical Trust to aid its veterans.